What is the grandfather clock trend on TikTok? 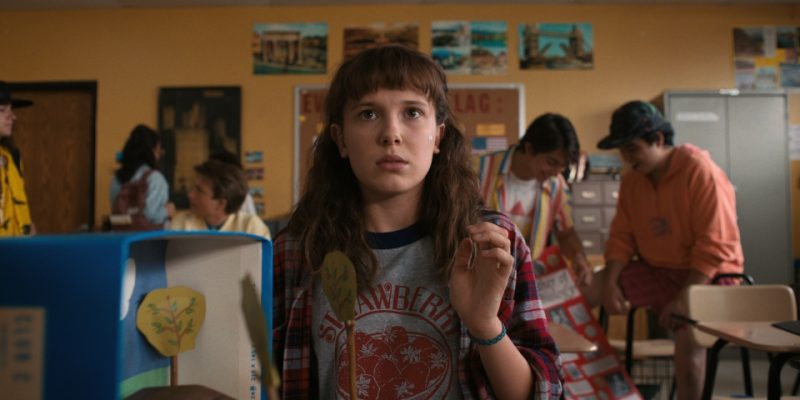 STRANGER things have happened than a trend going viral based on a popular TV show.

Users on TikTok are wondering what the grandfather clock trend means when it pops up on their For You page.

What is the grandfather clock trend on TikTok?

To best understand the grandfather clock trend on TikTok, users would need to be updated on their Stranger Things episodes.

In season four of the show, when a character is about to be killed, they hear the ticking of a grandfather clock before one mystically appears.

The character is the only person who can see the grandfather clock.

Get to know Sadie Sink, who plays Max in Netflix’s Stranger Things

Users and fans of the show are getting creative with their TikToks, with many playing the ticking noise and pointing at a grandfather clock, asking other users if they also see it.

Other variations include a series of grandfather clocks appearing in succession, with the caption: “new fear unlocked.”

Users are also filming themselves jumping, then using TikTok’s effects to make it appear as if they’re floating upwards.

MOST READ ON STRANGER THINGS


What is the grandfather clock trend on TikTok?


What to know about the actor playing Stranger Things villain, Vecna


Who is Victor Creel from Stranger Things?


What to know about Enzo from Stranger Things


Get to know Sadie Sink, who plays Max in Netflix’s Stranger Things

What caused the grandfather clock trend to go so viral on TikTok?

The show Stranger Things has a huge following, and many fans have watched it since the first episode.

These fans are also generally close in age to the target demographic of TikTok, so it’s a natural fit that the two audiences would overlap.

The trend is also popular because it’s easy to replicate.

How can I recreate the grandfather clock trend on TikTok?

Even users that do not own a grandfather clock can still participate in the trend.

The clocks are invisible to everyone but the person dying, which means you could point at an empty corner.

You can also get creative at a thrift store.

Or, thanks to TikTok’s green screen technology, you could impose yourself over a photo of grandfather clocks.