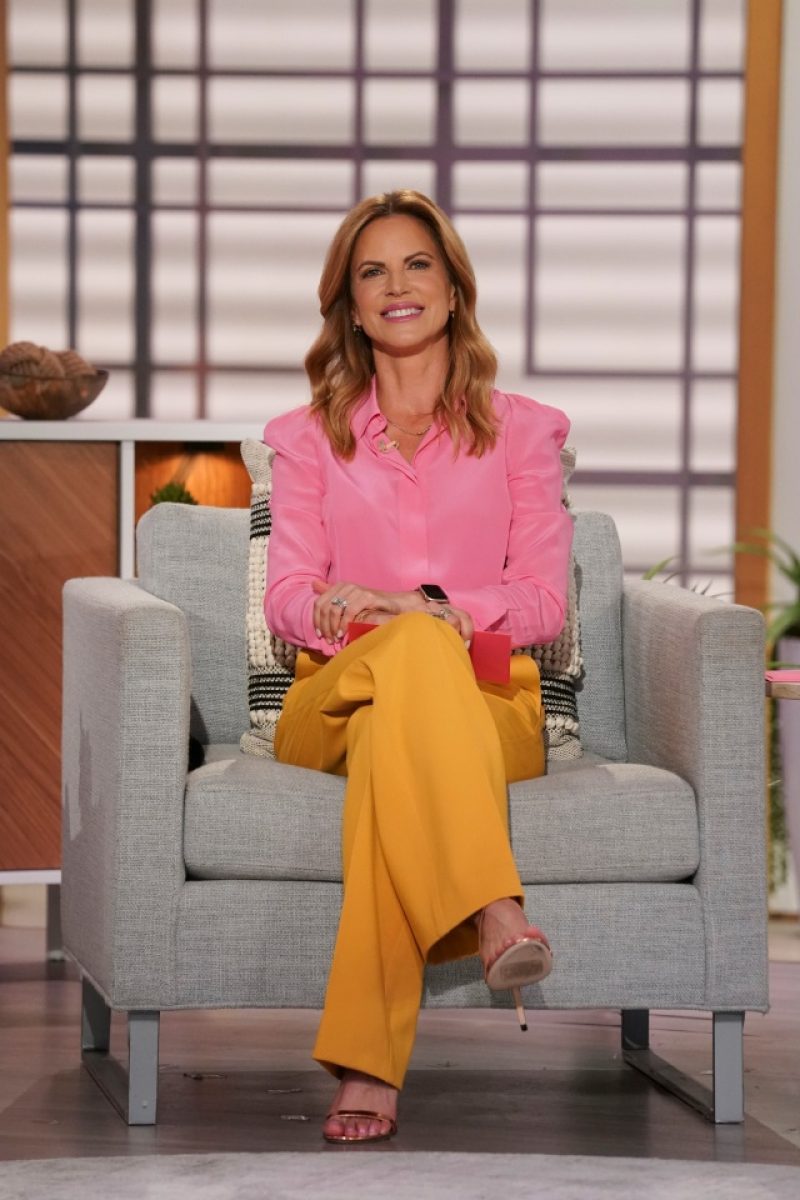 NATALIE Morales has shared a sweet message for her former TODAY Show co-worker one year after her move to The Talk.

The journalist spent over two decades behind the news desk of the NBC morning show.

GettyNatalie Morales shared a sweet message for her former colleague, one year after leaving the Today Show[/caption]

Natalie gave a shoutout to her ex-colleague, Ray Farmer, a photographer at NBC news.

After Natalie shared snaps of her wardrobe at her new gig on Instagram, Ray jumped into the comments section to gush over his friend.

Read More on The Talk

SOMETHING TO TALK ABOUT

Natalie broke down in tears while saying farewell to her co-stars in November after 22 years on the show.

After a video montage of her career, the host dabbed her eye with a tissue, saying: “Sorry, I’m emotional.”

“Even when I was tracking that I couldn’t keep it together,” she gushed.

Natalie’s co-stars also expressed their “love” for the long-time correspondent, saying she is “such a treasure.”

The anchor said goodbye to her Studio 1A family today after over two decades on television and also offered a message to her dedicated fans.

“Dear viewers… From the minute I stepped in front of the camera and into your living rooms, I knew it was an honor to be part of your morning tradition, the most sacred time,” she wrote in a letter presented on TODAY.

“With you, I’ve had a front seat to moments that captured our hearts, moments I will forever cherish as I witnessed history.

“I traveled the country with some of America’s leaders and covered the most incredible stories — like the rescue of 33 Chilean miners trapped underground for 69 days.

“Together we witnessed a miracle. I have enjoyed two royal weddings and held court in London awaiting the first royal birth in decades. Events forever on my highlight reel.”

After recalling years of incredible projects and stories, the NBC star closed with: “Dear viewers, you and my TODAY family have given me a place I will forever call home.

“Thank you for all those mornings and the lifetime of memories we now share. With all my love and gratitude, Natalie.”

Natalie announced her departure from the TODAY show in October, as she has officially joined the cast of The Talk on CBS.

At the time, she said in a statement: “It’s an extraordinary opportunity to be joining this team at The Talk. I love the new energy and direction and couldn’t be more excited to join Sheryl, Amanda, Jerry, and Akbar.

“I’m looking forward to many good times while talking about the days’ topics, and I can’t wait to get going.”