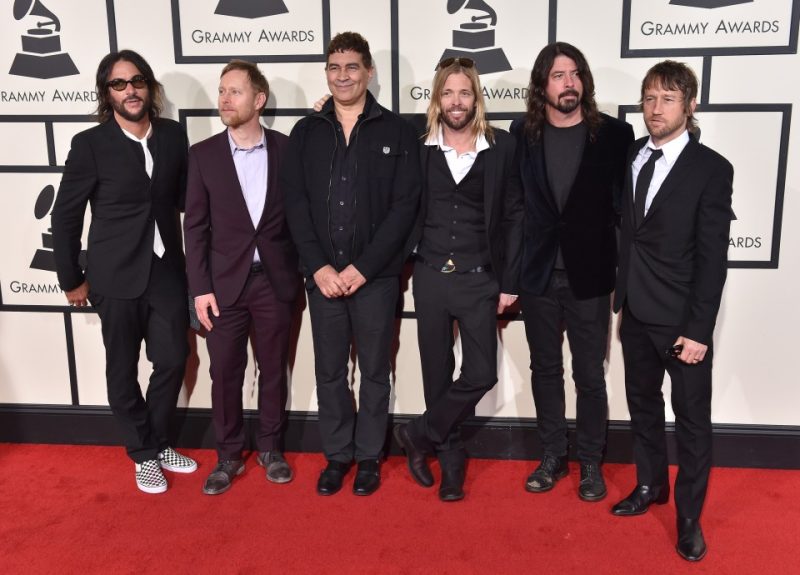 Much-loved musician Taylor, 50, died in his Colombian hotel room in March while on the South American leg of the US rock band’s tour.

The gigs are taking place in London and LA

The grief-stricken group immediately cancelled their remaining tour dates and have kept a low profile in the months since the shock death.

Today they announced their return with gigs at London’s Wembley Stadium on September 3 and Los Angeles’ Kia Forum on September 17 to pay tribute to their former bandmate.

In a heartfelt statement thanking fans for their “love and empathy”, Taylor’s wife of 17 years, Alison, wrote: “My deepest thanks and admiration go out to the global Foo Fighters community and Taylor’s fans far and wide for the outpouring of love each and every one of you have shown our beloved Taylor.

“Your kindness has been an invaluable comfort for my family and me during this time of unimaginable grief.”

Taylor complained of chest pains before his death and an initial autopsy found 10 substances in his system.

The drummer, who played with Alanis Morrisette before joining the Foos in 1997, left behind three children: Oliver, Everleigh and Annabelle.

Alison continued: “As Taylor’s wife and on behalf of our children, I want to share how much you meant to him and how dedicated he was to ‘knocking your socks off’ during every performance. Taylor was honoured to be part of the Foo Fighters and valued his dream role in the band every minute of his 25 years with them. We consider every band member and the extended Foo Fighters team our family.

“Taylor’s spirit and deep love of music will live on forever through the collaborations he so enjoyed having with other musicians and the catalogue of songs he contributed to and created.

“In celebration of his life it is now up to all of us who loved him most to honour Taylor’s legacy and the music he gave us.”

Foos members Dave Grohl, Nate Mendel, Chris Shiflett, Pat Smear and Rami Jaffee will all return to the stage to play some of the band’s best known hits at the concerts.

Taylor won 15 Grammys as part of the Foo Fighters and has played on their most successful albums from The Colour and the Shape, to In Your Honour and Echoes, Silence, Patience and Grace.

He handled lead vocal duties on the band’s track Cold Day In The Sun, and his infectious smile and love for rock ‘n’ roll earned him a devoted fanbase.

In recent years he teamed up with Pearl Jam and Soundgarden drummer Matt Cameron for side project Nighttime Boogie Association, releasing a couple of groovy, psychedelic singles.

The lineups for each show will be announced shortly. Sign up to receive information on timings,
ticketing links and on sale dates at www.foofighters.com.