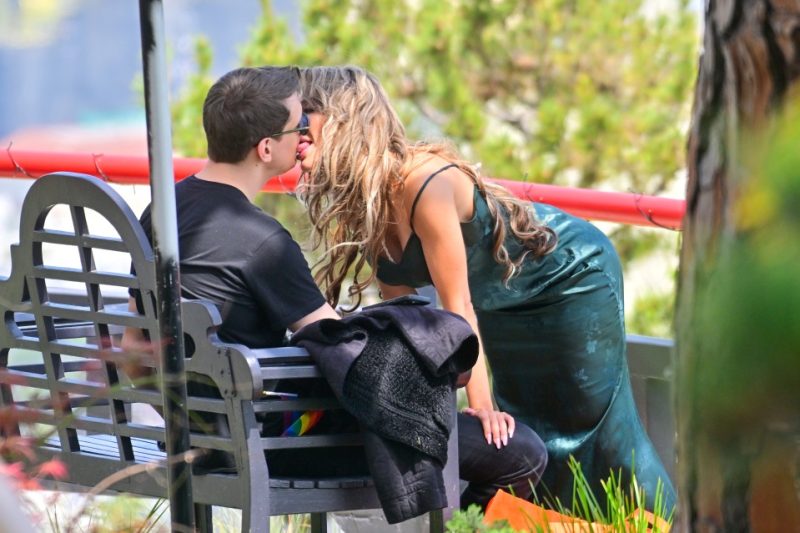 The breakup comes just days after they were spotted together on a PDA-filled date.

After going public last week, 31-year-old Farrah told TMZ today that she and her boyfriend have split up.

She told the outlet that she won’t be pursuing anything further with him, saying: “Sometimes people turn into monsters with press, happy I found out now.”

The former love interest was actually a longtime friend of Farrah’s known as Mack Lovat.

According to the MTV personality, Mack plays in a band called Minus Gravity which is signed to Capitol Records.

Farrah has known the rocker ever since he slid into her DMs to ask her out on a date two years ago.

But it seems that Mack wasn’t able to hit the right notes with the reality star.

IT STARTED WITH A KISS

Just last Friday, the pair were spotted in Hollywood and locked lips as they stopped on an outdoor bench.

Farrah, who recently installed a stripper pole in her apartment, showed off just how close the two were as she sat on his lap.

After enjoying a date at a swanky sushi restaurant, she piled on the PDA as she flaunted her curves in a tight green maxi dress.

Farrah shared a video on her Instagram Stories of them enjoying a smooch as they looked out onto the Los Angeles cityscape.

The drama in her love life comes after Farrah celebrated her 31st birthday with her daughter Sophia, 13, in Hawaii.

The Teen Mom OG alum enjoyed a lavish cake on the beach and set up a huge floral and balloon display to mark the big day.

Farrah seemed grateful for a vacation after enduring a tough start to the year.

She checked into rehab in March to help deal with trauma and completed a 28-day stint there.

It came after she was arrested in January following an altercation with security at a bar in Hollywood.

She spent 28 days in a trauma treatment center in MarchGetty