Star Trek movies in order: By release date and timeline 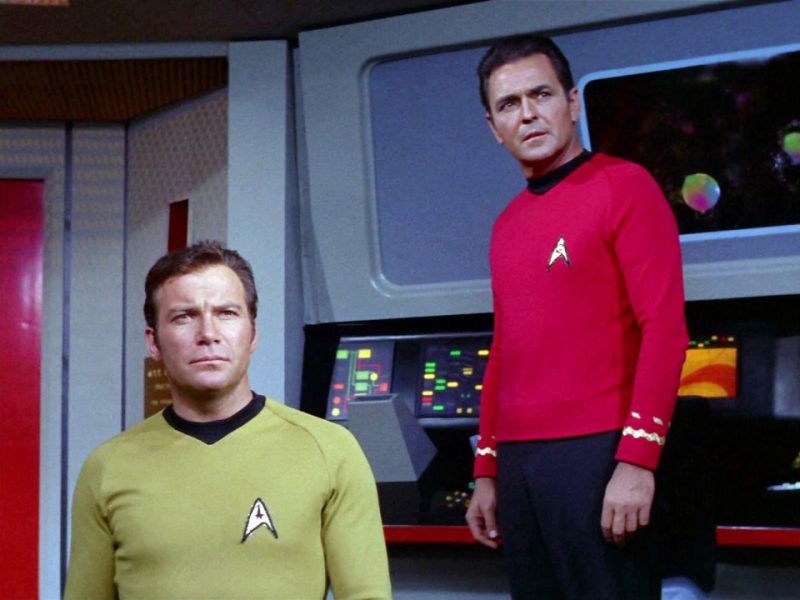 Star Trek is a media franchise based of the TV series created by Gene Roddenburry which aired its first film in 1979.

The Star Trek franchise has released 13 movies since 1979. They are:

This is the beginning of the Star Trek saga on the big screen.

In it, a massive energy cloud from deep space heads toward Earth, leaving destruction in its wake, and the Enterprise must intercept it to determine what lies within, and what its intent might be.

Khan Noonien Singh, whom Kirk thwarted in his attempt to seize control of the Enterprise fifteen years earlier, seeks his revenge.

Following on from Star Trek II, McCoy begins acting irrationally and Kirk learns that Spock, in his final moments, had transferred his katra, his living spirit, to the doctor.

To save McCoy from emotional ruin, Kirk and crew steal the Enterprise and violate the quarantine of the Genesis Planet to retrieve Spock.

Kirk and crew learn that Earth is under siege by a giant probe. To save it, they must travel back in time.

Spock’s half-brother thinks he’s been summoned by God and hijacks the brand-new Enterprise-A to take it through the Great Barrier.

This is the only film in the franchise directed by William Shatner.

When Qo’noS’ moon Praxis is devastated by an explosion, caused by over-mining, the catastrophe also contaminating Qo’noS’ atmosphere, the Klingons make peace overtures to the Federation.

Picard enlists the help of Kirk, who is presumed long dead but flourishes in an extra-dimensional realm, to prevent a deranged scientist from destroying a star.

After a failed attempt to assault Earth, the Borg attempt to prevent First Contact between Humans and Vulcans by interfering with Zefram Cochrane’s warp test in the past.

Profoundly disturbed by what he views as a blatant violation of the Prime Directive, Picard deliberately interferes with a Starfleet admiral’s plan to relocate a relatively small but seemingly immortal population.

A clone of Picard, created by the Romulans, assassinates the Romulan Senate, assumes absolute power, and lures Picard and the Enterprise to Romulus under the false pretext of a peace overture.

Piloting a one-man vessel, Spock attempts to contain the supernova by generating an artificial black hole, but is assaulted by a Romulan mining vessel captained by Nero.

A Starfleet special agent coerces an officer into blowing up a secret installation in London, shoots up a subsequent meeting of Starfleet brass in San Francisco, and then flees to Qo’noS.

The Enterprise is ambushed and destroyed by countless alien micro-vessels; the crew abandon ship.

Stranded on an unknown planet, and with no apparent means of escape or rescue, they find themselves in conflict with a new sociopathic enemy who has a well-founded hatred of the Federation and what it stands for.