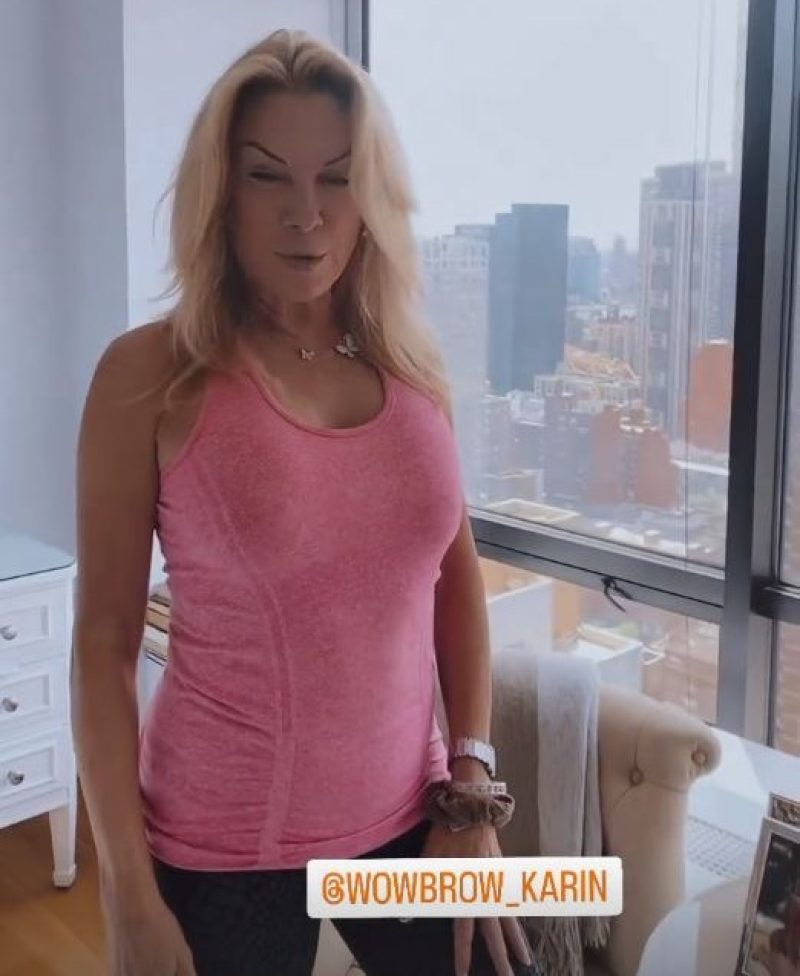 The reality star, 65, stunned fans with her latest Instagram Story as she showcased her new beauty look.

The TV star explained that she got her eyebrow microbladed, which is a a cosmetic procedure that inserts pigment under your skin using a needle to give a well-defined, natural looking eyebrows.

She said: “I just got my eyebrows microbladed from this wonderful woman, I only have to do it once a year – so I’m ready for summer.”

Ramona’s beauty transformation comes after she spoke out after leaking information about Teresa Giudice’s secret wedding to Louie Ruelas online.

The Real Housewives of New York City star shared private details, including the date and location of the special day.

On Thursday, Ramona returned to social media after her major mistake to wish Bravo boss Andy Cohen a happy birthday.

The reality star shared a photo of herself and Andy together, writing; “Happy happy birthday @bravoandy!! Hope you’re having a fabulous day! Love you! Xo.”

Andy quipped in the comments: “I would be honored for you to leak the location of my next party, Ramona!”

She excitedly shared with fans: “I just got the most exotic, glamorous wedding invitation I ever received in my life.”

She then turned the camera to reveal a marble-looking box that contained a massive bouquet of flowers and a transparent invite card.

“This is a lucite invitation that was presented on top of this gift,” revealed Ramona.

Although the camera was shaky, the video did reveal several important details about Teresa and Luis’ wedding.

Firstly, the date is set for Saturday 8 August, and the venue is the Park Chateau Estate in East Brunswick, New Jersey.

The self-titled ‘queen of New Jersey’ is aptly getting married in her home state, where she now lives with her fiancé and their blended families.

It’s set to be a formal affair, with black tie attire required.

The invite also contained the URL of a website where guests could RSVP.

Although the website has now been taken down, it revealed that among the attendees will be the entire cast of RHONJ, including Teresa’s bestie, Jennifer Aydin, 45, her sister-in-law Melissa Gorga, 43, and rumored RHONJ-newbie Danielle Cabral.

Melissa, who is married to Teresa’s brother Joe Gorga, 42, previously revealed her disappointment that she won’t be a bridesmaid.

During a portion of the multi-part season 12 reunion, Melissa got emotional as she said that Teresa should “feel bad” for not including her.

She also said she doesn’t understand why she’s so “negative.”

Teresa bluntly replied: “This is the thing honey, we’re not close.

“You’re my sister-in-law, but we’re not close.”

The cookbook author’s daughters, including 21-year-old Gia Giudice, will serve as bridesmaids alongside her fiancé’s sisters.