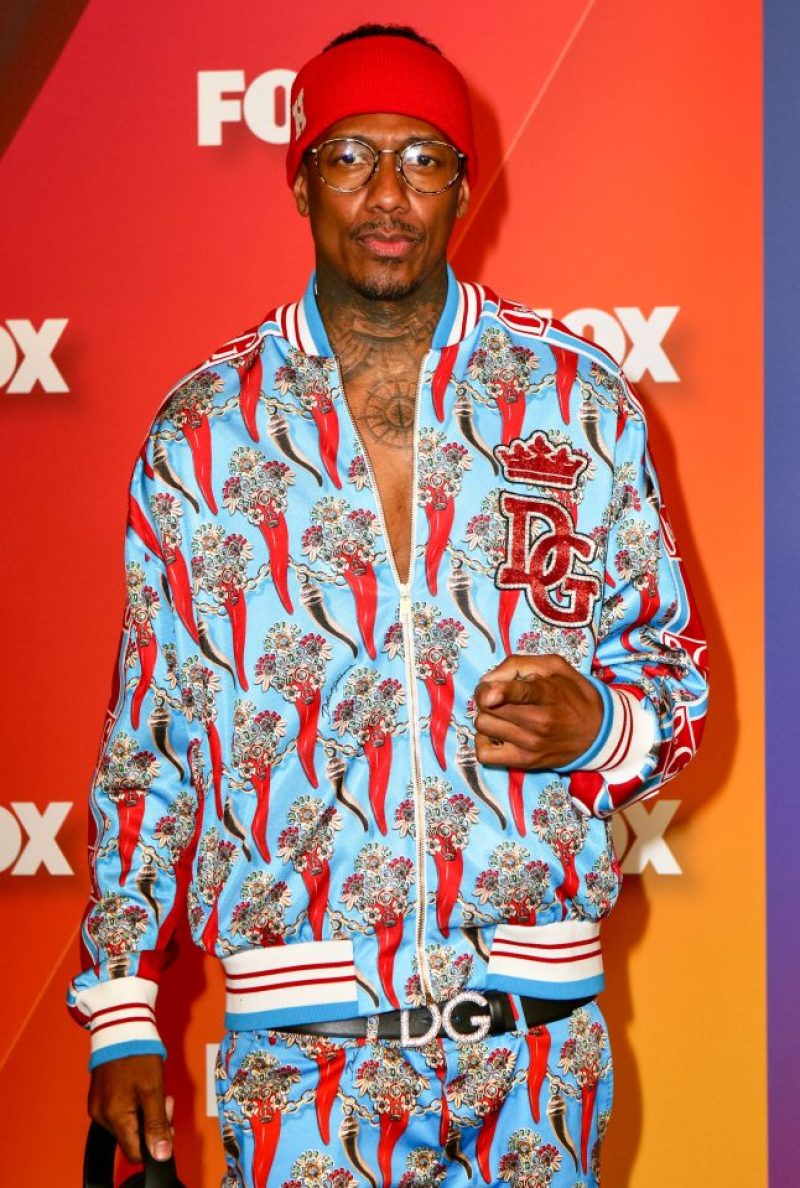 NICK Cannon has been slammed as “irresponsible” by fans for hinting that he is expecting his ninth child this year.

His eighth child hasn’t even been born yet and fans are begging him to “Stop!”

During an episode of the Lip Service podcast on June 7, Nick responded to rumors that he might have “three babies on the way.”

“When you say ‘on the way’ … what count are you at? Let’s just put it this way … the stork is on the way,” the rapper teased.

“If you thought it was a lot of kids last year,” he continued.

Nick went on to say that he wants to break his previous record of welcoming three children in a year.

When asked if fans can expect more children from the 41-year-old in September or October of this year, he responded with, “Y’all are pretty good at math!”

Nick is currently expecting his eighth child with Bre Tiesi.

They are set to have a baby boy very soon.

After his recent interview, Reddit users are begging The Masked Singer host to “please stop!”

A Reddit user shared the video of the podcast he was on that was reshared by The Shaderoom.

In the clip shown, he talks about his “celibacy journey” and talks about possibly having more children on the way.

“What is he talking about?” asked one fan.

“OMFG. He’s truly nasty and someone needs to stop him,” they added.

Another fan chimed in with, “I fully believe he’s mentally ill. There is very little else to explain his behavior over these last 5-7 years.”

A third Reddit user and pop culture fan added, “Totally agree. There’s a thin line between wanting to have a big family and just amassing kids as he goes along. He’s a sperm donor at this point. He’s not a father. He needs help.”

After welcoming seven children and with one more on the way, Nick admitted to E! News Daily Pop that he has a vasectomy consultation.

“I ain’t looking to populate the Earth completely, but I’m definitely looking forward to taking care and loving all the children that I currently have,” he told the outlet.

“I don’t know if I would’ve designed it this way, but it’s one of those things when you’re blessed with the gifts of children.”

He added, “As we all know, I’ve been through so much, I find solace, I find peace in my children and I find purpose. So, I’m not out here looking.”

With seven, soon-to-be eight kids on the way, it may be hard to keep track of which kids he has with who.

Most notably, he shares twins, Monroe and Moroccan, 11, with Mariah Carey.

After their divorce in 2016, Nick moved on to other women.

He had Golden, 5, with Brittany Bell and they went on to have another child, Powerful Queen, 18 months.

The former couple split up sometime in 2021.

During that time, Nick had another set of twins with model and influencer, Abby De La Rosa, named Zion and Zillion, 1.

Nick then moved on with Alyssa Scott.

The pair had a son, Zen, together, but Nick announced a few months later that he died from a brain tumor at just 5 months old.

Now, he is expecting his eighth, and supposedly not last, child with Bre Tiesi.

It is unclear who he is expecting baby number nine with.

The Sun exclusively revealed that he likely pays an estimated $1.2 million a year in child support.