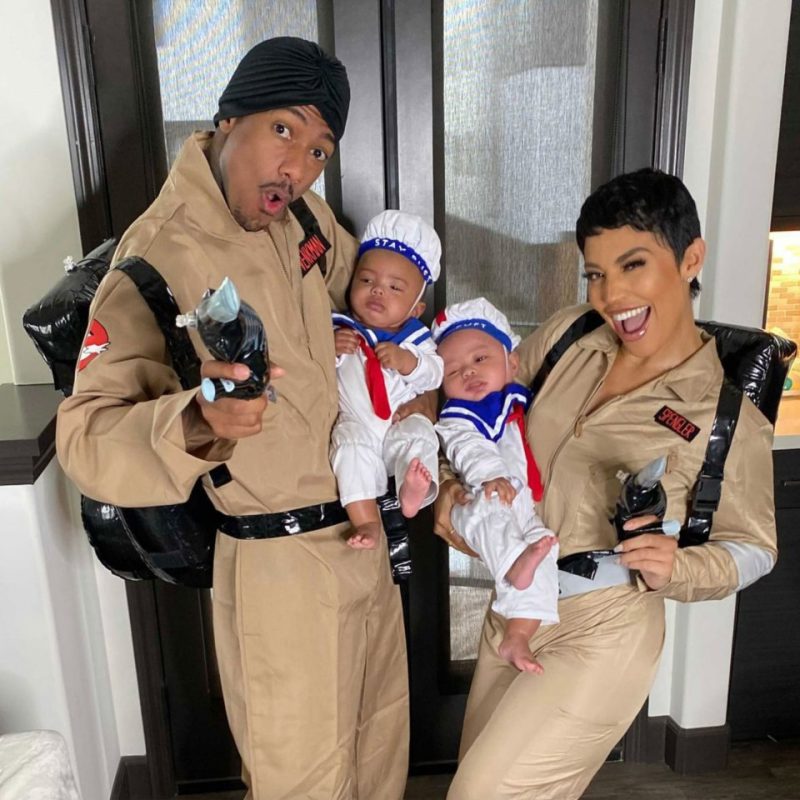 NICK Cannon has revealed he’s expecting MORE kids this year as he prepares to welcome his eight child.

The rapper – who is expecting a baby child with Bre Tiesi – admitted more kids could be on the way as he continues to expand his family.

Nick, 41, responded to speculation that he might have “three babies on the way” during an episode of the Lip Service podcast on Tuesday.

The Drumline actor teased: “When you say ‘on the way’ … what count are you at? Let’s just put it this way … the stork is on the way.”

The comedian, who welcomed three children in 2021, said he hopes to break his previous record.

“If you thought it was a lot of kids last year,” he continued.

When asked if fans can expect more kids from the star come September or October of this year, Cannon joked, “Y’all are pretty good at math.”

‘PEACE IN MY CHILDREN’

Nick admitted to E! News Daily Pop that he recently had a “vasectomy consultation.

“I ain’t looking to populate the Earth completely, but I’m definitely looking forward to taking care and loving all the children that I currently have.”

The comedian added: “I don’t know if I would’ve designed it this way, but it’s one of those things when you’re blessed with the gifts of children.

“As we all know, I’ve been through so much, I find solace, I find peace in my children and I find purpose. So, I’m not out here looking.”

In December 2021, Nick announced his 5-month-old son Zen with model Alyssa Scott had died from a brain tumor.

The Drumline actor is currently expecting his eighth child with his baby mama Bre Tiesi.

Photos from their gender reveal show the couple are having a baby boy.

Back in February, model Bre, 30, shared an emotional video of her ultrasound.

She uploaded the sweet footage to her TikTok page, sharing with fans a first look at her baby.

She was seen lying down while getting an ultrasound and filmed an image of her son on a large screen.

She captioned the video: “I can’t even explain this moment of seeing my son’s face #pregnancyjourney #pregnancytiktok #preggo #myson #iloveyou.”

While Nick may have embraced being a father to so many children, his large brood has put quite the financial strain on him.

The Sun exclusively revealed the America’s Got Talent host likely pays an estimated $1.2 million a year in child support.

The stunning amount takes into account several factors which include Nick’s status as a high earner, according to California practicing family law attorney and legal expert, Goldie Schon.