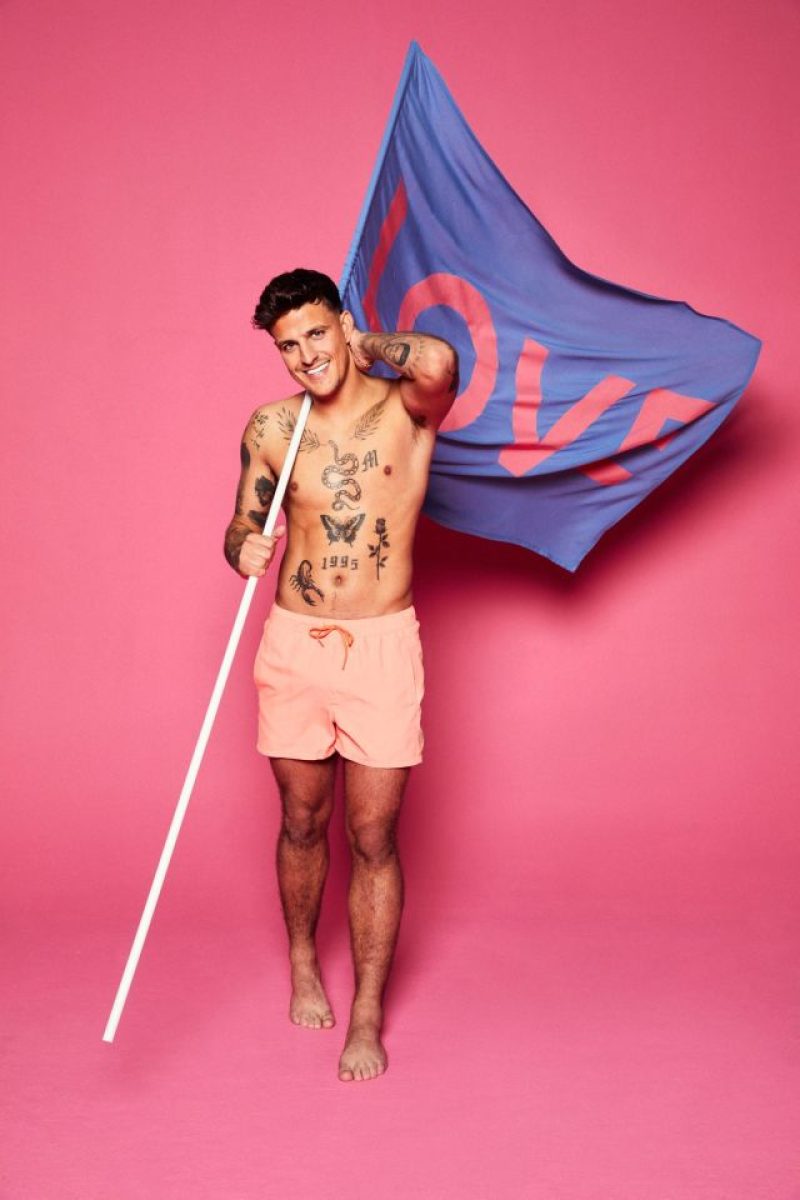 THERE clearly aren’t enough good-looking singletons under 30 as the Love Island producers choose people who know each other every year!

It was revealed that 100,000 people applied to be on the show this year, but only three were chosen, with the rest being handpicked from Instagram.

And it shows as, like in every year, some of the cast already know each other.

Luca Bish‘s ex-girlfriend Sophie Floyd – who actually gave him many of his tattoos – works in the same tattoo parlour as Abigail Rawlings.

But it’s not just this year’s batch of islanders who have got connections, with some even sharing exes and some being former best friends…

InstagramMillie Court went to O Beach in Ibiza in 2018[/caption]

But eagle-eyed fans noticed both Essex girl Millie and Welsh hunk Liam partied at Wayne Lineker‘s O Beach in Ibiza within days of each other in 2018.

Millie posted a picture of herself at the celeb hotspot on September 12, while Liam also uploaded a snap there with a pal just five days later.

It had viewers insisting their romance was meant to be, with one writing: “That’s crazy! They are definitely soulmates.”

ErotemeChuggs Wallis and Hugo Hammond were ‘love rivals’ at university[/caption]

When Chuggs Wallis entered last year’s Love Island villa as a bombshell, it was immediately clear that he knew Hugo Hammond.

LOVE IN THE AIR

The pair revealed they went to Oxford Brookes University together.

Despite swapping pleasantries when they came face-to-face on Love Island, a source claimed they were actually “love rivals”.

The insider told The Sun: “Hugo and Chuggs knew each other through sport at uni – I think they were both interested in the same girl and went head to head on trying to date her.

“That’s why Hugo was so nervous in the villa – it’s like history repeating itself!”

Ellie Brown was on series four of Love Island, while Amber Gill won the following year – but the pair were best friends before both appearing on the show, and were often seen out together at bars like Aveika.

However things turned sour when Ellie started dating Michael Griffiths, who famously was with Amber in the series before unceremoniously dumping her at Casa Amor.

Last year, his antics were discussed on Heat’s Under the Duvet with VOXI as Amber appeared alongside Anna Vakili and Amy Hart.

Anna asked: “Is he with Ellie Brown now? I’m so confused.”

Amy mentioned that she thought they had split and Anna continued: “Well I heard otherwise. Ellie used to be your best friend didn’t she, Amber?”

Looking really uncomfortable Amber said:  “I don’t talk about that, oh my God. This isn’t Ex on the Beach”

“Babe I’ve got your back, don’t worry. I’m just saying that if me and [Amber] ended up not talking, I wouldn’t go there [with her ex].

“That’s just something that you don’t do, no matter what.”

When Alexandra Cane entered the Love Island villa in series four, she and Megan Barton-Hanson acted like they’d never met before.

But, in actual fact, the girls knew each other intimately, having snogged and grinded on each other in a 2016 Giggs music video.

Fans discovered pictures of makeup artist Alexandra and Megan posing together before Love Island at We Are Festival in May 2017.

The following month, Alexandra was also credited on Instagram as the make-up artist on Sixty 6 magazine’s cover shoot, which featured Megan.

In the fifth series of Love Island, Lucie Donlan got a shock when Arabella Chi entered the villa – as they’d both dated the same guy.

Surfer Lucie and Charlie Frederick – who happened to be on Love Island the year before – were together for six months before he started dating Arabella.

And, on seeing Arabella, Lucie gasped, “I’ve stalked you!”

She said: “I recognise you. You’re my ex’s ex. I’ve stalked you before.”

Kendall Rae Knight was on series four of Love Island, while Molly-Mae Hague was in the following series.

But the pair had actually gone on a press trip to Dubai together a few weeks before Molly entered the villa.

Asked if she knew any of the series five Islanders, Kendall told Digital Spy: “Yes, I did actually.

“I went to Dubai with her. That’s the first time I’ve met her.”

Slid into each other’s DMs

In series five of Love Island, Sherif Lanre and Anna Vakili coupled up quite quickly – although Sherif got kicked off the show due to an incident with Molly-Mae, which led to their romance coming to an abrupt end.

After the show, they were spotted together and rumoured to be dating again – and it’s no surprise, as they’d already had contact with each other before the show.

Sherif had already messaged Anna on social media, after being attracted to her.

“I was flattered but I didn’t expect it coming in here, that someone would follow me on Instagram. When I do go out, I do tend to get that a lot.”

‘Cast eyes at each other’ for years

Maura Higgins and Curtis Pritchard got together in series five of Love Island, seemingly having met in the villa.

But the former couple – who split soon after – actually had met many times previously, when Curtis was a professional on Dancing With The Stars Ireland.

He added to the Irish Mirror: “Maura knows the show because she has been a brand ambassador for Bellamianta, who are the tanning company for Dancing With The Stars.

“I believe Maura had been out a few times to watch the show and apparently she and Curtis had cast eyes at each other across a busy dance floor years ago.”

Marvin ‘Biggs’ Chris was one of the Casa Amor boys in the winter series of Love Island in 2020.

He ended up getting together with Rebecca Gormley, but they split after 19 months together.

And it’s likely he got some advice before he went into the villa, as his best mate is Anton Danyluk from the previous series.

Biggs and Anton have been friends for years and posted pictures of them in Ibiza in summer 2018.

He even modelled in boxers for his clothing brand House of Hames.

Just a month before he went into the Cape Town villa and set his sights on Shaughna Phillips, he was seen posing alongside Jordan in some skimpy briefs.

Josh uploaded the image to his Instagram page with the phrase: “Only the best of the best @houseofhxmes.”

Another, less scantily-clad snap, saw him posing with Jordan on a night out as he added the words: “Blurred one with the boys.”

It really is a small world…