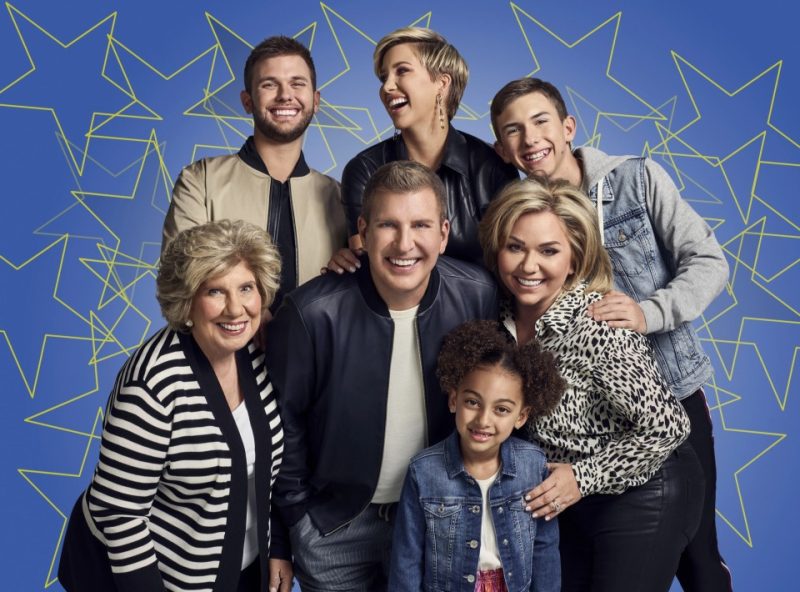 THE FUTURE of the show Chrisley Knows Best has been revealed after stars Todd and Julie face Federal charges of fraud and tax evasion.

Earlier this week the couple was found guilty and could face up to 30 years in prison.

But according to The Hollywood Reporter, the USA network has decided to keep the long-running series despite the scathing verdict.

The television channel has revealed that they will continue to air the second half of Chrisley Knows Best‘s ninth season as planned on June 23.

The beloved show has topped the charts as the network’s most-watched original series.

A week before the trial took place, parent company NBC Universal announced they would be continuing business with the disgraced family.

Sources also revealed that episodes set to air this summer were filmed ahead of the shocking court verdict.

Earlier this week, Todd Chrisley, 53, and his wife, Julie, 49, were found guilty of tax fraud and now face 30 years in prison.

The couple was previously accused of evading their taxes from 2008 to 2016.

According to Insider, the Georgia native was convicted of conspiracy to commit bank fraud, bank fraud, and tax fraud among other charges.

Julie was also convicted of the same charges including wire fraud.

The stars now face up to three decades behind bars according to the report.

The chaos for the Chrisley Knows Best stars began when they reportedly turned themselves into an FBI office in Atlanta hours after they were indicted for federal tax evasion charges in August of 2019.

Todd and Julie walked into the courtroom shackled but walked out “vowing to fight,” WBS in Atlanta reported at the time.

“We stand in our faith, and we stand in what we know is right. We are fortunate to have the counsel that we have, and our family will stick together, and we’ll walk this road because we know that the good Lord will hold our hand and take us through,” Todd said.

The two pleaded not guilty to all charges and maintained their innocence.

Todd claimed in an Instagram post in August that he and Julie fell victim to an ex-employee who somehow convinced federal agents to go after them.

He wrote: “To get revenge, he took a bunch of his phony documents to the U.S. Attorney’s office and told them we had committed all kinds of financial crimes, like tax evasion and bank fraud…”

He continued: “That got their attention all right, but once we had a chance to explain who he was and what he’d done to us, they realized it was all a bunch of nonsense and they sent him on his way.”

That same month Todd and Chrisley were hit with the charges and accused of conspiring to defraud “numerous banks” by giving the institutions false personal financial statements and other information while getting millions of dollars in loans, the US Attorney’s Office for the Northern District of Georgia said.

Many shocking developments occurred during the almost three-week trial as TV star Todd was accused of carrying on an affair in the early 2000s with partner Mark Braddock, the man who helped him commit fraud and eventually tipped cops.

The two allegedly teamed up to commit fraud by submitting false bank reports and evading $2million in taxes.

According to Business Insider, Todd and Mark had a personal falling out in 2012, long after the end of their affair, when the TV personality locked Mark out of the office and threatened to have him arrested.

After the incident, Mark confessed he became vengeful, and sent incriminating information about the Chrisleys to the government and news organizations, tipping them off.

Todd and Julie’s sentencing date has not been confirmed.

While in court, Todd was accused of having a ‘gay affair’Getty Images – GettyAPHe and Julie could face 30 years in prison[/caption]