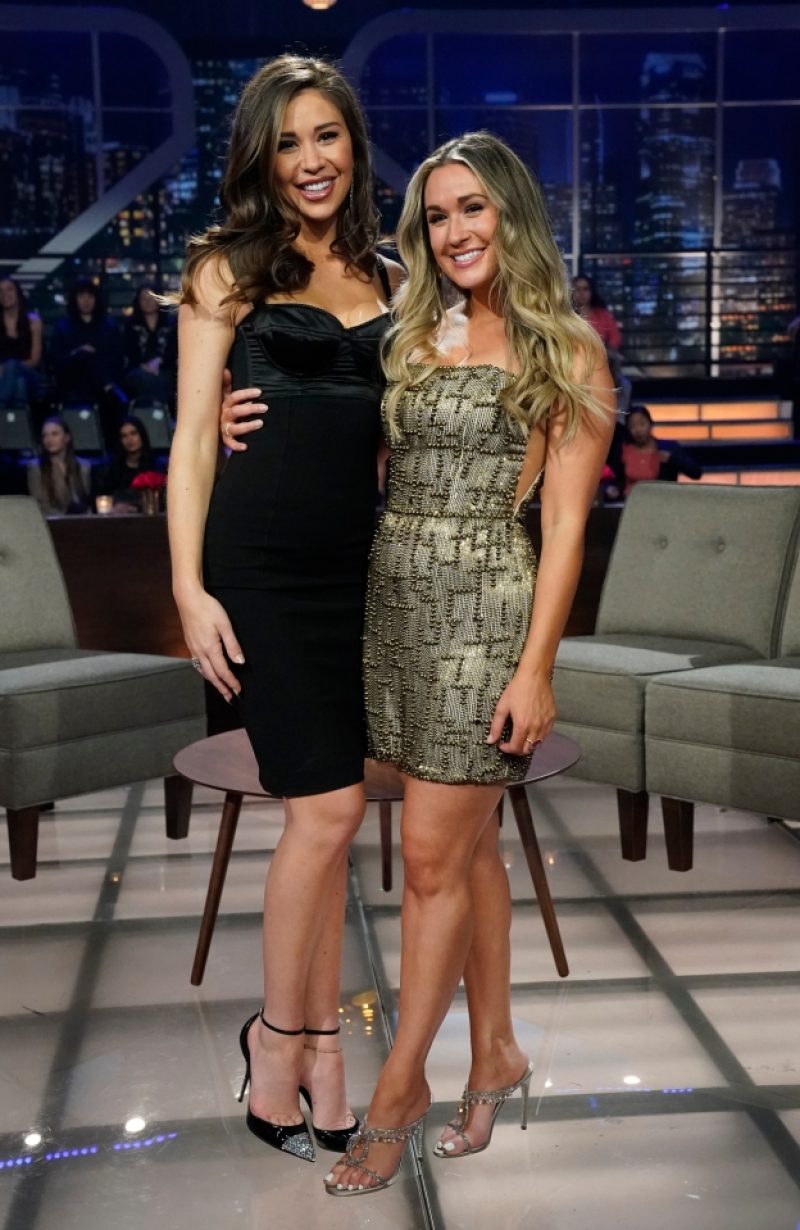 SEASON 19 of The Bachelorette is right around the corner and will make history as the first season with two female leads.

As fans gear up for season 19 to begin on 11 July, they want to know who will be competing for the bachelorette’s hearts.

Instagram/justin_young21They have an impressive line-up of men, including two twins, waiting to fall in love with them[/caption]

This week, host Jesse Palmer treated fans to a live TikTok stream where they could get to know a little more about all 32 suitors.

So let’s take a look at who will be competing for Gabby and Rachel’s love.

Alec is 27 and from Houston, Texas. Jesse is already “a big fan of Alec and what he’s bringing.”

The Texan is “super fun, super energetic”, and always has a smile on his face.

BACH TO THE MANSION

The sweet-talker is big into personal fitness, and when he’s not hitting the weights, is a Yahtzee champion.

Brandan is 23 and comes from Carlsbad, California.

Although he is “built like a Greek god”, Brandan is actually a big softie who is afraid of insects and likes to go to Disneyland on his birthday.

Chris, 30, is one of the most brainy contestants in Bachelorette history.

The Redondo Beach, California-based mentality coach has two published books and Jesse describes him as a “super positive” guy who “does a lot of things.”

Colin’s full name is Colin Farrell, and with his dark hair and handsome features, it appears that the 36-year-old from Chicago shares more than just a name with the Irish actor.

Jesse hinted to Bachelor Nation that Colin has “got a chance.”

29-year-old financier Erich is from Santa Monica, California and is a “tall handsome drink of water”.

The blue-eyed banker is also the only contestant who rocks a mullet.

Ethan comes from New York City and at 27 is looking for a woman who shares his family values.

Gabby and Rachel will be careful not to break any mirrors or step on any cracks on set, as Ethan is a little superstitious and a “believer in signs and omens”.

Hayden is a 29-year-old dog lover from Tampa, Florida.

Jesse claims that Hayden has a “amazing southern accent and drawl that is so charming”.

This 27-year-old from Scottsdale, Arizona is completely ripped, and in Jesse’s words “you’ll want to see him with his shirt off.”

Jake is set to make one of the most dramatic entrances in Bachelor Nation history, with the host hinting: “You’re gonna wanna put your money on this pony.”

James is 25-years-old and lives in Los Angeles, California.

He’s a self-confessed “meatball connoisseur” who likes to spend his free time skiing and playing golf.

Jason is 30 years old and from Santa Monica, California.

When he’s not working hard at his job as an investment banker, he loves to surf.

Joey, 24, is one of the twins appearing on this season, along with his brother Justin.

They both hail from Brookfield, Connecticut, and women have previously struggled to tell them apart.

This 26-year-old from Nasvhille, Tennessee is a “sweet guy” although he is “a bit shy”.

But that shyness doesn’t let John from dressing to impress, with Jesse revealing that he even likes to put on his best tailored outfits for trips to the grocery store.

On the other hand, Johnny from Palm Beach Gardens, Florida is known to make “make women melt” with his quiet confidence.

The 25-year-old dreamt of being a rapper growing up, and Jesse hinted that even may even do a little freestyle during his Bachelorette intro.

Although the speed-demon hasn’t dated much, when he falls in love, “he falls fast”.

Jordan V. is another guy who loves to put the pedal to the metal.

But the 27-year-old drag racer from Alpharette, Georgia is also a “sweet southern man” who appreciates romantic love letters.

Justin B, 32, is a successful business owner from Solano Beach, California.

He’s an “eternal optimist” who believes that he’ll find his wife on the show.

24-year-old Justin is Joey’s twin, and having been born just minutes apart, the brothers often find themselves about to finish eachothers’ sentences.

Justin used to “date date date” but is now ready to find his forever person.

Kirk is a 29-year-old college football coach from Lubbock, Texas.

He knows all about Os and Xs but has not had much luck finding love.

26-year-old Logan is a “super laid back Cali guy” who works as a videographer.

His lifelong crush is Elaine from Seinfeld.

Personal trainer Mario is 31 and comes from Naperville, Illinois.

After a hard day at the gym, he likes to unwind playing Tetris and listening to 90s R&B.

Matt is 25 and is based in San Diego, California.

He is a “workaholic” shipping executive who in his spare time pursues bodybuilding and dreams of buying his mom a home.

Jesse describes 31-year-old Michael as a “man’s man” who “commands the room.”

Hailing from Long Beach, California, he likes to enjoy the outdoors, and says his dream woman is someone he can “bring home to his mom”.

Nate is 33 and lives in Chicago, Illinois.

He works as an electrical engineer and is looking for a woman that he can “go on amazing picnics” with.

Quincy is a dapper 25-year-old from Miami, Florida

He travels around the country giving motivational talks.

This 33-year-old from Los Angeles, California, works as a magician.

Equally impressive, he is an excellent conversationalist who can speak fluent French, and is an advanced scuba diver.

Ryan, 36, lives in Boston, Massachusetts, and works as an investment banker.

Jesse describes him as a straight-up “dude”, but Ryan also loves botox, tanning, and self-care.

Spencer is 27-years-old and lives in Chicago, Illinois.

He’s a former army officer who is “really well put together” although “not the most romantic immediately”.

Termayne is a crypto-enthusiast who looks up to Elon Musk but also has “mid-west values.”

The 28-year-old from Naperville, Illinois “loves double dates”, meaning this unusual season of The Bachelorette might be perfect for him.

Tino is from Playa Del Rey, California and is 27.

A builder by trade, he wants to build something special and he loves camping, cycling, and surfing.

25-year-old Tyler is from Wildwood, New Jersey and is an entrepreneur.

He made his money with a boardwalk basketball game but is not looking to play games when it comes to love.

Zach is also 25 and comes from Anaheim Hills, California.

The former football player is an “All American guy” who is “really old fashioned and really romantic.”