Who will be the new permanent Jeopardy! host? 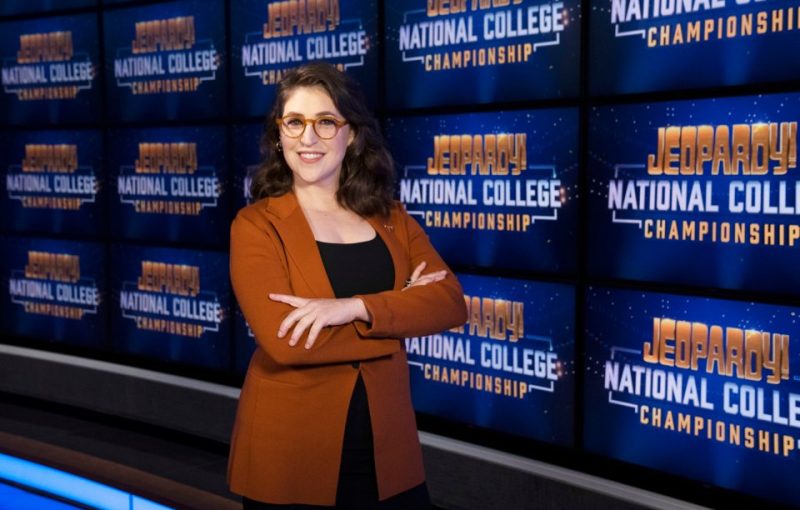 ON May 7, 2022, Ken Jennings took to social media to announce a temporary Jeopardy! host.

Ken Jennings tweeted that he would be taking some time away from the Jeopardy! show.

Mayim Bialik is one of the temporary hosts of Jeopardy! on ABCGetty Images – Getty

Who will be the new permanent Jeopardy! host?

A permanent host of Jeopardy! has yet to be announced at the ABC network.

Jennings announced his temporary break from the show via Twitter back in May 2022.

He wrote: “I’m handing the keys back to the talented actor-producer-writer-director (!) @missmayim for a few months.

“We are lucky to have her! Thanks for watching, and I’ll be back before the end of the season.”

Jeopardy! hosts Ken & Mayim’s most controversial moments before one is picked

At the moment Mayim Bialik is the host for the show until Jennings returns.

It is unclear if both will stay on to co-host or if one of them will be chosen as the permanent host.

When asked about the host for the new spinoff Celebrity Jeopardy! Craig Erwich, The president of Hulu Originals & ABC Entertainment, told The Wrap that a host for the show has yet to be decided.

He also spoke to Variety about the new spinoff and the details of the show.


Jeopardy! hosts Ken & Mayim’s most controversial moments before one is picked

“It’s really just about the details of the announcement,” Erwich said.

“And we just are not ready yet, but we will be soon. I wouldn’t read anything into it.”

Bialik, 46, is thought to possibly be the frontrunner to host the new show.

After the ousting of the show’s former executive producer, Mike Richards, both Bialik, 46, and Jennings, 47, have taken on hosting duties.

Mayim Bialik is currently the host of Jeopardy! she was previously on the show The Big Bang Theory? 2021 Quadra Productions, Inc., photographer Carol Kaelson. All rights reserved.

What are people saying about the Jeopardy! host?

Ahead of a decision for the permanent host of Jeopardy! some fans are not in favor of Bialik to take on the role full-time.

One user wrote on Twitter: “Just saw that Mayim Bialik wants to be the permanent host of Jeopardy. In a word NO. As woman I generally root for all women but she is should not be the host of Jeopardy. Please keep Ken Jennings!”

Despite some pushback from fans, there are some rooting for the actress to take on the role.

One user wrote: “. In my opinion @missmayim is the perfect person to fully be the permanent host of @Jeopardy She was the best one. #jeopardy”

How can I watch Jeopardy! on TV?

Viewers can watch Jeopardy! from Monday through Friday at 7pm PST on the ABC channel.

On weekends Jeopardy! is on at 7pm PST on Saturdays.

Jeopardy! is a syndicated program, with channels and times varying by area.

Viewers can go to jeopardy.com/watch to search when and where to watch the show.

Past episodes of Jeopardy! are available to stream on Hulu with Live TV.