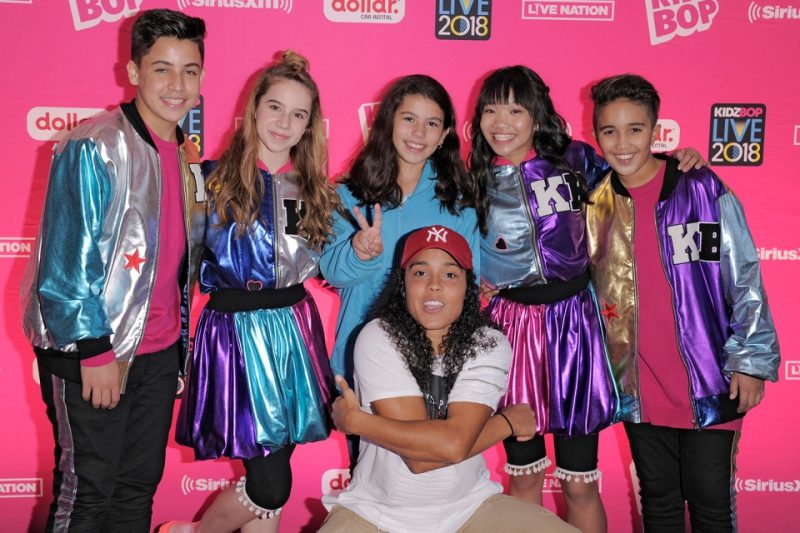 KIDZ Bop is a kids’ music group whose songs have charted high on the Billboard Hot 100.

The band is the brain child of Razor & Tie co-founders Cliff Chenfeld and Craig Balsam and was created on October 9, 2001.

Kidz Bop has been trending on social media

Who are Kidz Bop?

They include  Sadie, Tafari, Chanel, and Toby and have in the past been Ashlyn Chong, Freddy Pomee and Matt Martinez.

Others include Grant Knoche, Bredia Santoro and Kyra Green.

According to the band’s website, it’s had 24 Top 10 debuts on the Billboard 200 Chart and records in five different languages.

The group was established by Cliff Chenfeld and Craig Balsam and is owned by Razor & Tie (Concord Music), according to HITC.

It’s first entry was on October 9, 2001, and it has since sold over 21 million albums and generated over 4.5billion streams, according to AP.

Why is Kidz Bop trending?

Ecklund uploaded a video of herself searching for “who owns kidz bop” which falsely showed she owned it.

That search result has since been removed.

She shared the amusing clip on Twitter, writing: “Apparently I own a multi million dollar company.”

Who is Elise Ecklund?

She started her channel in 2015 and has 2.18million subscribers.

Ecklund shares new videos on a weekly basis and currently holds the record for the shortest song, I Suffer More, which she released in 2019, according to HITC.