Who are the professional chefs on Cooking With The Stars 2022? 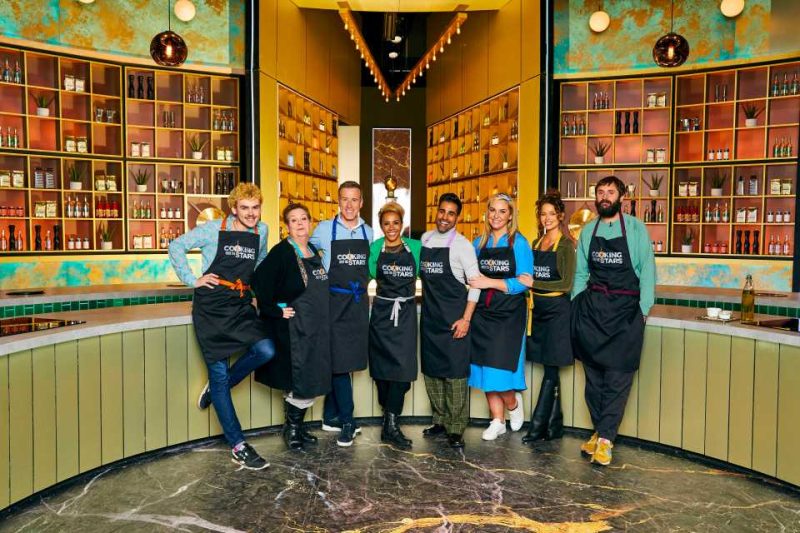 Eight celebrities will be testing their cooking skills when series two of Cooking With The Stars gets underway.

The eagerly-awaited second series of the show will see the stars matched up with a professional chef who will mentor the celebs who will be pitted against one another – but who are they?

ITVEight celebrities will be putting their cooking to the test[/caption]

Who are the professional chefs on Cooking With the Stars?

Shrager is a top chef who has become a celebrity in her own right.

She first made her name as a professional chef in the TV world in 2005 when she joined the cast of ITV’s hit series Ladette To Lady.

Since then, she has been a stalwart on British TV screens, even having her own show in 2007 called Rosemary Shrager’s School For Crooks, which ran for two seasons.

Now, she will be helping Stirctly Come Dancing’s Anton Du Beke through the show.

Judy Joo is a Korean-American chef who has made a name for herself across the pond.

Joo hosted her own show, Korean Food Made Simple, in the States.

Now, she owns a restaurant in London called Seoul Bird.

Joo splits her time between London and New York, and will be teaming up with comedian Joe Wilkinson.

Renowned chef Ronnie Murray first made a name for himself when he appeared in the BBC’s Great British Menu in 2016.

Since, he has established his own company Peckham Manor.

In his current role, he acts as a consultant and private chef for hire.

He will be pairing up with Dame Kelly Holmes.

Stein Jr makes regular appearances on the television, including on Steph’s Packed Lunch.

He and his brother, Charlie, also hosted Wine, Dine & Stein.

He will be teaming up with former Love Islander Maura Higgins.

Tony Singh MBE is a Scottish celebrity chef and restaurateur.

He is best known for combining Scottish food with an arty style of cooking.

The chef who was born and raised in Leith, Edinburgh will be cooking with TV personality Josie Gibson.

Jean-Christophe Novelli is a French chef with his own chain of restaurants.

In 2005 he launched the Novelli Academy Cookery School based at his home in Hertfordshire.

The celebrity chef will be paired up with Chaser Anne Hegerty.

Irish chef Clodagh McKenna is no stranger to TV as she regularly appears on ITV’s This Morning.

She often shares her creations on her social media pages.

Clodagh will be cooking with Dr Ranj Singh.

Mike Reid tends to split his time between the UK and Australia, appearing on multiple programmes.

The chef was involved in the 2020 re-launch of Ready Steady Cook as well as appearing on multiple Australian shows.

He will be working alongside Woody Cook on Cooking With the Stars.

I gave birth every year from 16 to 19, people troll me but I don’t care

When does Cooking With the Stars 2022 start?

Cooking With The Stars returns on Tuesday, 7 June at 8PM on ITV

The hourly episodes will then show weekly at the same time on a Tuesday night.