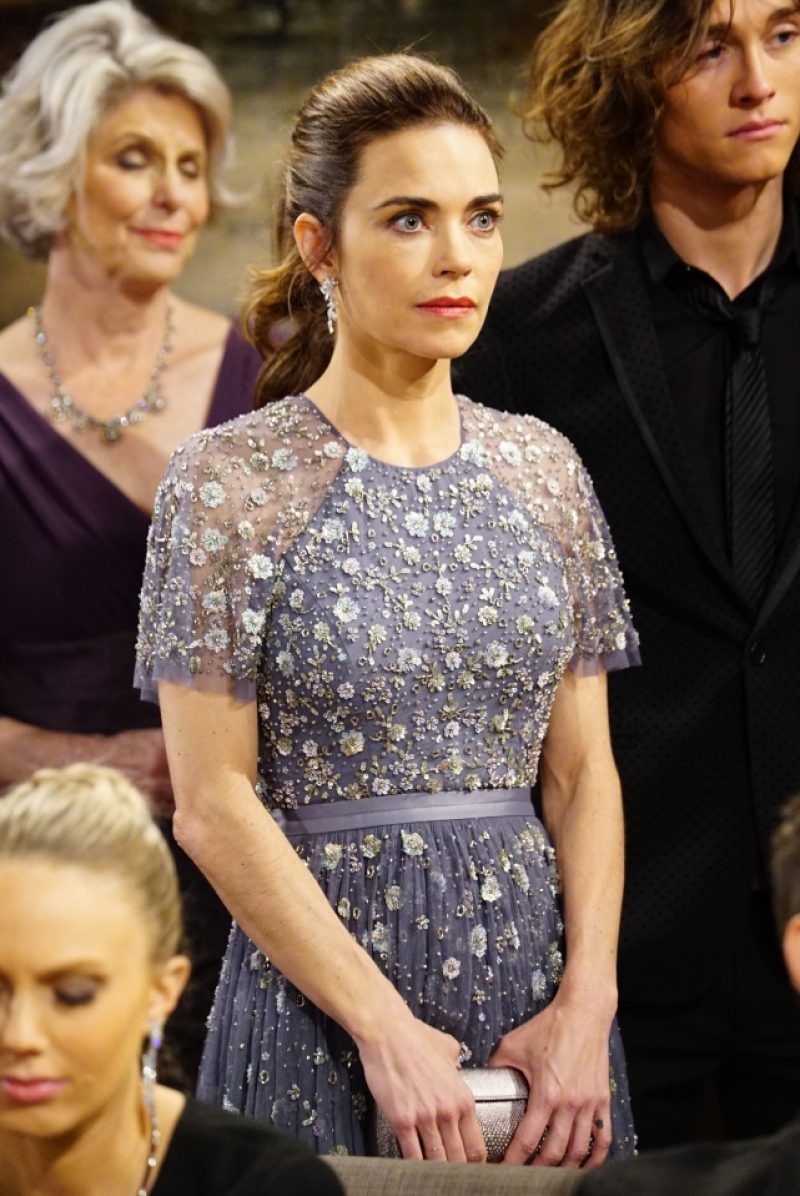 THE Young and the Restless fans have had enough with the show making Victoria into such a “pathetic” character.

They have started to think that she’ll be leaving the show, and they’re hoping she’ll be gone for good.

On The Young and the Restless this week, Victoria told her family that she was saying goodbye to not only their company, Newman Enterprises, but also to Genoa City.

After much chaos on their marriage, Victoria decided to take her husband Ashland back, and she said the only way she felt she could really do that was to cut off her family.

“I choose you,” she told Ashland.

Just leaving the company wasn’t enough, though, as Victoria decided she wanted to leave town with Ashland, too, in order to have a fresh start.

After this latest turn of events, fans slammed the show, saying they’d had enough of Victoria being walked all over and always making the seemingly wrong choices.

One upset viewer tweeted: “Victoria’s pathetic. Not Abby level but we’re getting there! #YR”

“Lord, they have made Victoria stupid,” a second said. “I mean I like her and Ashland but this is just idiotic.”

A third wrote: “Victoria is so stupid, I can’t.”

Another angry fan suggested: “Victoria is going to look like boo-boo the fool when everything comes crashing down regarding Ashland.”

Others said that the “writing for Victoria hurts” them and that she’s being a “dumba**” for “making excuses for Ashland.”

With Victoria saying she’s leaving town, many fans are more than fine with this decision.

A third wondered: “So do you all enjoy watching the same stories over and over again?

“What is different about Victoria leaving Newman this time that’s not like the last 40 times in the last decade?”

Victor’s daughter, Victoria, has been the center of numerous controversial Y&R storylines.

Her timeline on the show consists of shocking arrests, family feuds, and narrow escapes from death.

With upcoming episodes, fans are waiting to know about the status of her marriage to Ashland Locke.

Victoria uncovered a major bombshell about her husband’s deception regarding his cancer diagnosis, he revealed he was lying about his cancer illness for much of their marriage.

Despite the turmoil surrounding their union, Ashland still managed to save Victoria from meeting her end from a fatal car crash.

Her marriage to Ashland has presented a major point of contention throughout this season.

She revealed to the publication: “Is it possible to be that ruthless, but he still genuinely loves her?”

“That causes Victoria to wonder out loud if Ashland is really sincere, that has her a little confused.”

Amelia added: “She reminds [her father] how Nikki always loved [him] at his worst.”

“So it’s not a stretch to understand where Victoria is coming from.”