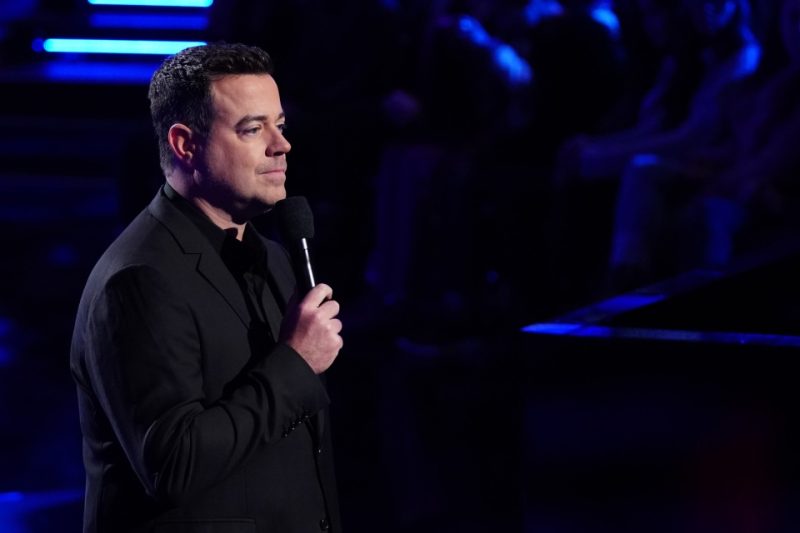 THE VOICE’s Carson Daly has admitted to having secret “panics” on-air while hosting the show.

He opened up about his battle with anxiety and told fans that he’s not always as calm as he seems on air.

Speaking to USA TODAY, 48-year-old Carson revealed: “On The Voice, when I’m live on Monday nights, most of the time, my right hand is in my right pocket.

“I’m literally gripping onto the flesh of my thigh because I’m waiting for a high-panic moment to pass.”

The California native revealed in 2018 that he suffers from generalized anxiety disorder, which means that he experiences excessive feelings of worry and fear.

“You may think my life’s perfect. I’ve got kids. I always look happy on TV or when you watch me on The Voice. But that’s just not how it works,” he added.

SHOT OF A LIFETIME

Meet the US coaches for The Voice 2022

Carson however is now leading conversations about mental health struggles, and tells his fans that “people need to know it’s OK.”

The TV personality says that he’s now “in a much better place” after going public with his diagnosis.

“Once you realize that other people have GAD, that it’s an actual diagnosable thing, and there is a whole psychology and physiology behind it, you have context.

“I think learning about all that, talking about it, exploring it has just ripped the veil,” he told USA TODAY.

In a candid moment on NBC’s TODAY, the dad-of-four added: “It’s something that I can’t change about myself.

“Infact, it’s OK, I’ve learned to embrace it, and hopefully by just being honest and opening up, it will inspire others to do the same.”

Even before he began to discuss his experiences with anxiety, Carson had been struggling with the disorder for most of his life.

His first panic attack came about on-air when he made his TV breakthrough as the original host of MTV‘s Total Request Live.

But even as a child, Carson was a self-described “worrywart kid”, suffering from a stomach ulcer when he was in high school.

Now a dad himself, panic attacks sometimes grip him at the most unexpected of times, even at the playground with his children.

He and the 41-year-old film producer have been married since 2015.

He previously said in an interview with Elle: “At the root of every successful marriage is a strong partnership. And that’s what we have.”

Carson and Siri first met on the set of a late-night talk show on NBC in 2002, and have now been together for two decades.

Carson suffered his first panic attack on air while presenting his big-break show Total Request LiveGettyNow 48, he has four kids, including a newborn daughter, with his wife Siri PinterCarson is also known as a morning presenter on NBC’s TODAYGetty