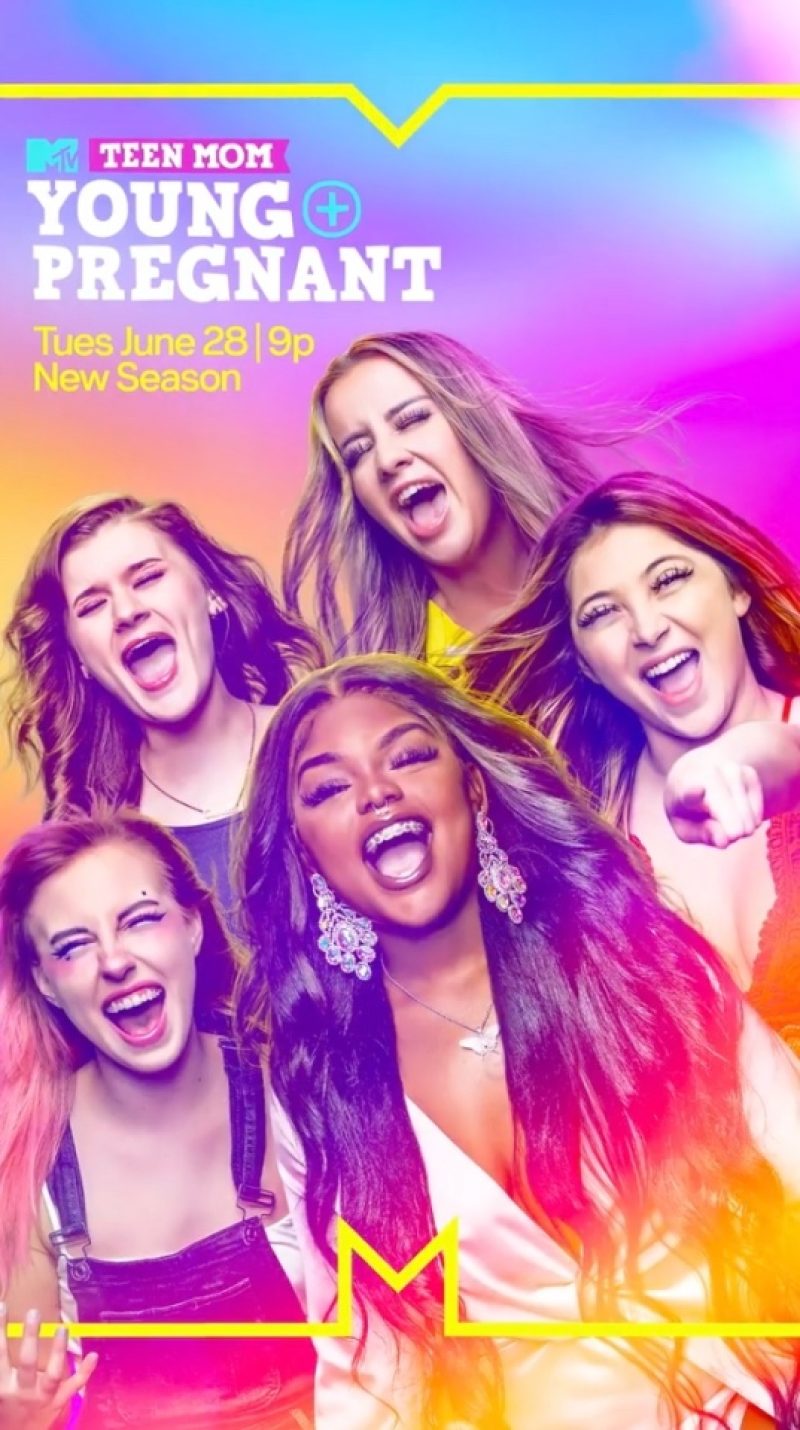 YOUNG & Pregnant has returned but without one cast member after her storyline was slammed as “boring” by fans.

The Teen Mom cast has released promo materials for their new season, set to air Tuesday, June 28, but without Kayla Jones.

In a teaser photo for the series, the entire cast of girls opened their mouths in huge smiles while sporting full glam makeup and hair for the premiere.

The official Teen Mom page also shared a trailer to prepare for the new season, filled with drama that fans can expect to see throughout the summer.

But Kayla didn’t appear in any of the clips, confirming her firing from the network.

Fans raced to the comments to share their opinions on Kayla’s disappearance.

“Awww what happened to the other couple,” one asked.

“Where is Kayla 2 tf Madison boring,” a second complained.

A third gushed: “i love kaylaaa,” while a final agreed: “Kayla a whole mood cause nobody is perfect!!!”

AXED FROM THE CAST

In February it was revealed that Kayla had been reportedly fired from the show because viewers were not getting hooked on her story, and overall the program suffered disappointing viewing figures.

Regarding the new season of Teen Mom: Young and Pregnant, a source close to the 22-year-old told The Ashley’s Reality Roundup: “Kayla [Jones] got dropped.

“They did not renew her contract so she won’t be in the new 12 episodes.

“She was disappointed, especially since she has so much happening in her life right now that would be good to film.

“But MTV made their choice so there’s really nothing she can do.”

Sources also claimed to the outlet that Teen Mom producers had planned to keep Kayla on the show and fire Madisen Beith, though viewers seem to identify with Madisen’s storyline more.

“The network thought that, because Kayla’s story included a transgender partner, it was timely and topical, but it just didn’t catch on.”

While Kayla is no longer starring on Teen Mom: Young and Pregnant, she may appear in an upcoming episode after she attended a birthday party for costar Kiaya Elliott’s son a few months ago.

The young mom has been dropped from the cast after the show was surprisingly renewed for another season despite low ratings.

Many viewers stopped tuning in during the second season, with the finale only bringing in 470,000 viewers.

The viewership for the show continued to go downhill and the most recent season premiere in September only had 260,000 viewers.

Teen Mom: Young and Pregnant isn’t the only show to suffer from poor ratings, as many fans have also stopped tuning in to Teen Mom OG.