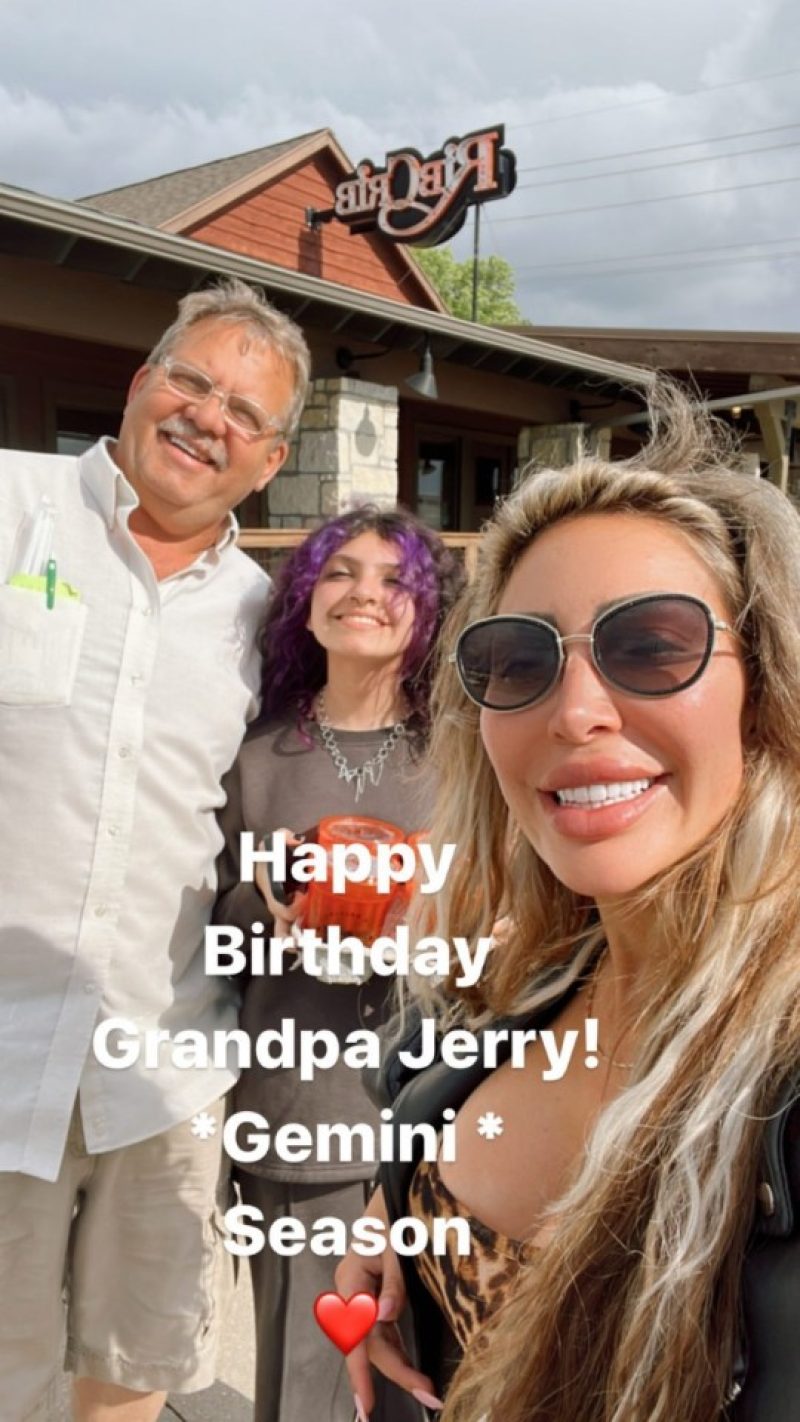 The reunion comes 14 years after Derek Underwood, Farrah’s boyfriend and father of Sophia, 13, died in a tragic car accident.

In a new video posted to Instagram stories, it showed Farrah and Sophia riding in a car.

Farrah said to her, “Someone is off to the grandparents for the summer,” implying that Sophia will be staying with Jerry for a few months.

Farrah and Sophia reunited with Jerry last month on Mother’s Day to visit Derek’s gravestone with flowers, a card and a birthday balloon.

She shared a brief montage of their emotional day out on TikTok.

The Teen Mom OG star, 31, captioned it: “My Mother’s Day is always made visiting the man who made me a mom. God is great!

“Love being in #midwest love my family! #blessed proud of @sophialabraham.”

Derek tragically died in a car accident in 2008 when he was just 18.

At the time of the accident, Derek allegedly lost control of his car while he was driving.

The car skidded and flipped over onto a power pole, which killed Derek and fellow passenger Zachary Mendoza.

Shortly after his passing, Derek’s sister Kassy told KETV in Omaha that “he would always cook for us, and all his friends, whenever they came to the house, he loved to cook, he was going to go to culinary school.”

In May of 2021, Farrah and Sophia visited Derek’s resting spot on his birthday, decorating his headstone with Happy Birthday balloons and signs.

The Teen Mom OG alum shared a clip of the visit, and said: “He was not only a gift to a mother at one time, but he is a reminder he gave me one of the biggest gifts of my lifetime.”

The former MTV star described herself as a mother who has “lonely days, sad days,” on top of “frustrating” days.

Farrah and Sophia stood with Derek’s parents under a street sign made in his honor.

Back in May 2021, Farrah shared an old love note Derek had written her during their relationship.

In the MySpace message, Derek typed “I miss u” with a small love heart hundreds of time.

“When I have a hard day, this note will forever give me love, cheer me up,” the MTV alum captioned an Instagram Story of the note.

Teen mom Farrah, daughter Sophia and Derek’s parents under a street named for himDerek tragically died in a car accident two months before Sophia was bornFarrah and Sophia seem as close as ever