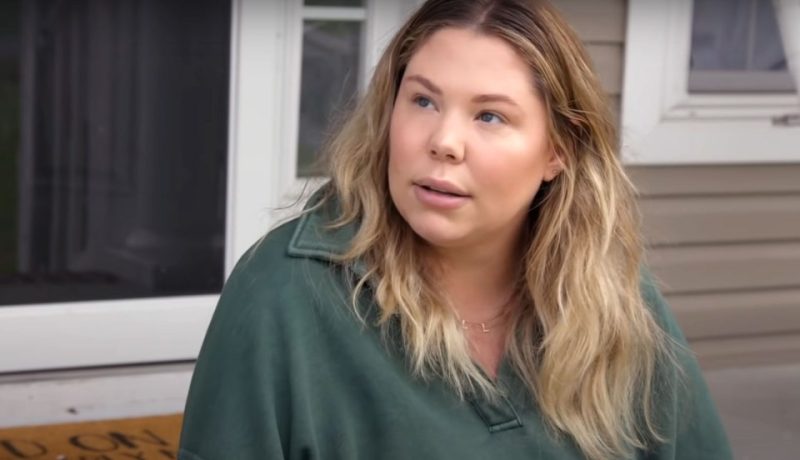 TEEN Mom fans think Kailyn Lowry will lose it after her ex Chris Lopez shared a shocking photo amid their nasty feud.

It all began when Chris took to Instagram to post a snap featuring his mother surrounding by his two eldest kids and his youngest son, Trew “CJ” Christopher, who his girlfriend welcomed in December 2021.

Chris simply captioned the sweet photo with a heart and earth emoji.

However, people were quick to react as one user took to Reddit and asked: “Chris starting s**?”

One person responded: “… Kailyn is gonna implode when she sees this…” as another agreed, “This is cold.”

A commenter suggested the Teen Mom 2 alum may “lose it” upon seeing the photo.

Although, not everyone seemed to go in that direction as some believed it was simply a harmless pic.

“I don’t understand how Chris is starting s**t by posting a pic of his kids…” one said.

All this comes as Kailyn and Chris continue to battle it out in a feud that doesn’t seem will end anytime soon.

Previously, Kailyn drove Chris up a wall after she posted a photo of Lux with her new boyfriend Elijah Scott, 23.

Chris took to Twitter to address the snap, which showed Elijah sitting at the island in her kitchen with Lux.

He tweeted at the time: “Damn near hiding the boy but quick to post with my son and my son only… interesting.”

Things seem like they’re getting serious in Kailyn’s new relationship as well as she has mentioned possibly having a wedding in the future.

Fans also think the mom of four may be pregnant after she dropped a “fertility” clue on Instagram.

The former MTV star is also a mother to son Issac, 12, with Jo Rivera and 8-year-old Lincoln with ex-husband Javi Marroquin.

Despite Kailyn moving on- and Chris also having a new girlfriend- the exes are still taking shots at one another.

Back on the Teen Mom 2 reunion in May, Kailyn claimed Chris “tried to kill her.”

“Chris almost killed me in October 2019 by domestic violence,” she alleged on the stage.

She continued: “I just haven’t figured out the right time or way to tell my whole story.

“I don’t think it’s something that people openly talk about.”

Kailyn concluded: “He knows what he did. It is what it is.”

Chris would later respond: “There are faults on both sides. Whatever has been said about me from her can literally be said about them.

“There’s been abuse on both sides.”

“… She’s making it seem like I literally beat her… I never beat her,” he added

However, Chris did admit to threatening his ex and said that he wasn’t “innocent.”