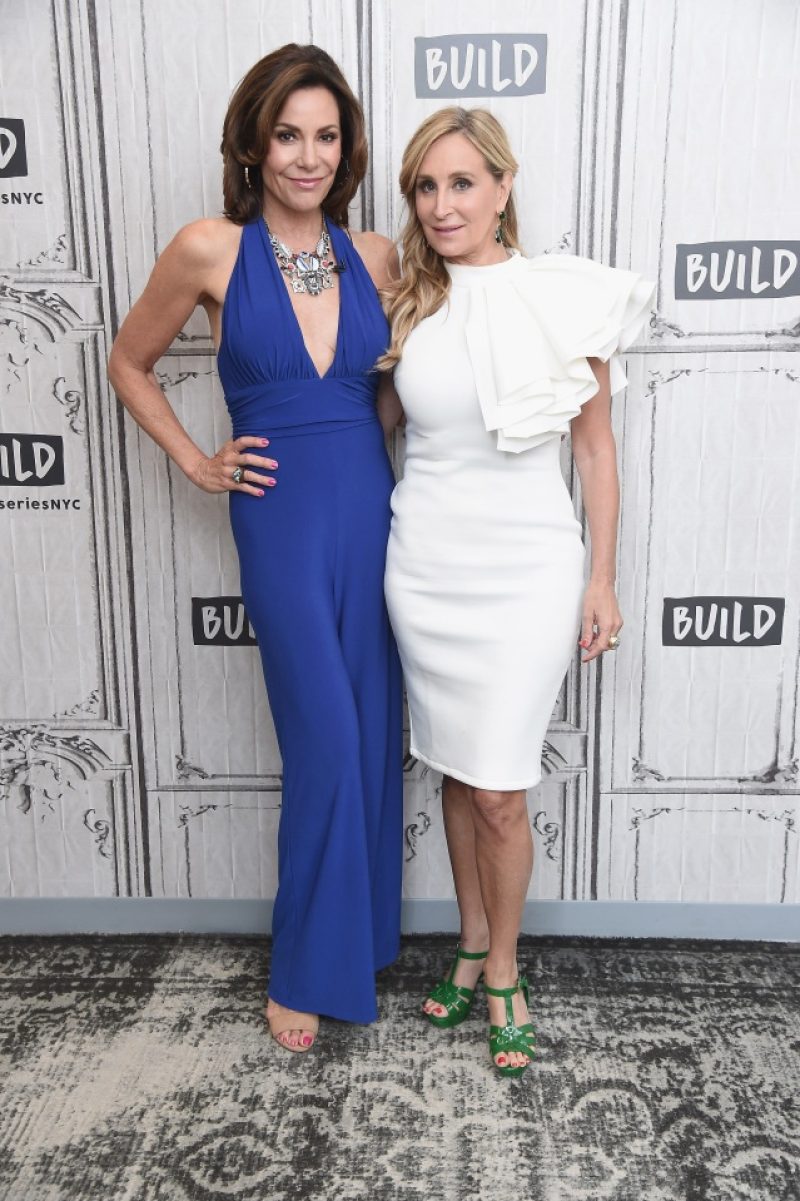 The show will reportedly be based on The Simple Life, which aired from 2003 to 2007.

Page Six reported on Monday that Sonja and Luann signed a deal to appear in their own show.

Sources close to the production say the series will model after The Simple Life, which showed Paris Hilton and Nicole Richie living in towns in middle America, taking on everyday tasks and living like regular folks. d

Filming on the yet unnamed show is reportedly set to start in July.

The series has not yet been greenlit, according to Page Six, but should be in the near future.

The show will mark the first time Sonja or Luann has appeared in their own show.

Page Six’s Bravo insider told the outlet: “Luann and Sonja of course will be their fabulous selves and each episode will have them interacting with the locals.

“They don’t know the locations yet, but it’s going to be somewhere like Kansas or Nebraska, not some hipster Southern town.”

The source concluded: “[Executives] have been holding the locations even from the gals until the last minute.”

Fans should expect about 10 episodes of the show, according to Page Six.

In addition to Sonja and Luann, there will allegedly be celebrity guests on the show.

.News of Sonja and Luann’s rumored spin-off comes amid reports from Variety that Bravo is shaking things up on RHONY.

The show, which has been running for 13 years, will reportedly be rebooted with an all-new cast.

“This is the most multicultural, diverse, and energetic and exciting city in America,” network boss Andy Cohen told the outlet.

“We are searching for a multicultural group of friends who really best reflect the most exciting city in the country.

“We’re looking for a group of women who are real friends, and who are of diverse backgrounds, races and religions.”

In addition to shaking things up, Bravo is putting together a series called Real Housewives of New York: Legacy.

It will feature some or all of the cast of the original show, Page Six reported.

In May, Leah McSweeney announced that she had no plans of returning to RHONY.

She made the reveal on the Not Skinny But Not Fat podcast.

The conversation began when host, Amanda Hirsch, asked Leah if she would return to her Real Housewives roots.

“The way I go about my life is, like, that it’s not happening. You know what I mean?” Leah replied.

“Like, it doesn’t mean that I don’t think that I’m gonna go back; it’s just, that’s how I live my life, because who the hell knows?”

Leah also revealed her thoughts about whether producers would station her with her old castmates or the new reboot in the works.

“I don’t know, but the thing is, like, I can’t imagine being on the reboot because I’m like, ‘wait, now I’m on with a bunch of people that I don’t know again, I’m not doing that.

However, the ex-reality star is not entirely sold on having two separate shows.

She told the host: “You know, I think that like, I guess time will tell if it was a good idea or not.

“I thought we were all going back, all of us, like every single one of us that was on the last season, and then they were going to add, like, three more people. Like, I figured we were all doing it.”