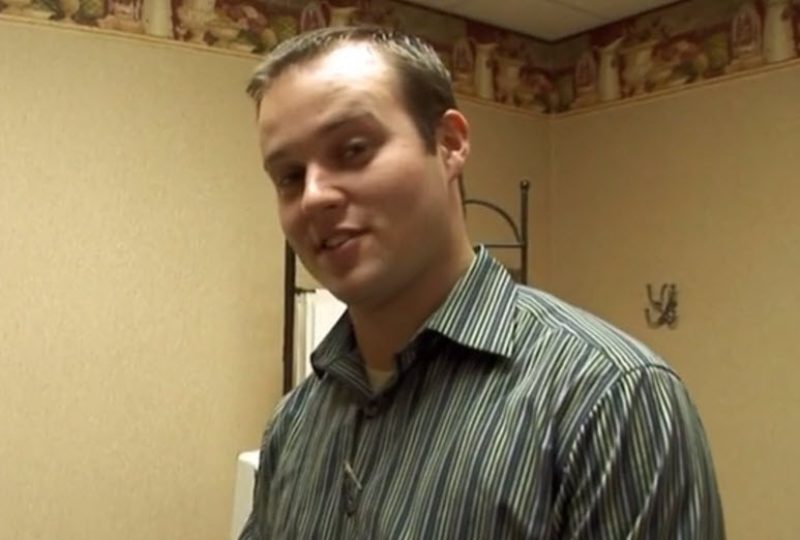 In the short clip, Karlie, 26, said: “Speaking of Josh Duggar, I am ashamed to say this- I have slept with him a few years ago when the whole Ashley Madison scandal came out.”

The Ashley Madison hack in 2015 revealed that Josh, 34, held an account on the infamous website made for cheating.

Soon after his name was made public, another adult star, Danica Dillon, came forward and alleged she had slept with Josh.

Karlie continued: “I was one of the women that slept with Josh during that time and just hearing everything that has gone down with him makes me absolutely sick. I am so disgusted that I’ve been with him.”

The adult star also alleged Josh “paid me a generous, a really good amount of money. I’m not gonna disclose that on here,” she said before adding again: “But yeah, I slept with Josh Duggar.”

Karlie allegedly said that Josh has asked for her to put her hair in pigtails, shave everything on her body and cover up all of her tattoos.

She also alleged that Josh picked out panties from the kids’ section for her to wear when they would meet up, and implied that she had met him on multiple occasions.

“I have been the biggest hypocrite ever. While espousing faith and family values, I have secretly over the last several years been viewing pornography on the internet and this became a secret addiction and I became unfaithful to my wife,” Josh wrote at the time.

On Friday, Josh filed an appeal weeks after being sentenced to 12 years in prison on child pornography charges.

The disgraced reality star will have to serve 20 more years of probation after he’s released.

The filing reads that Josh “hereby appeals to the United States Court of Appeals for the Eighth Circuit from this Court’s Judgment in a Criminal Case.”

It concludes that the ex TLC star “respectfully provides notice of his intent to evaluate and pursue any and all meritorious arguments in his appeal.”

Josh- who begged for just 60 months in prison- learned his fate on May 25th as Arkansas Judge Timothy L. Brooks sentenced the dad of seven to 151 months behind bars.

He then said to ex TV personality: “You have done some very bad things. But in your life as a whole, you’ve done good things… The true test of a man’s character is what a man does when no one is watching.”

According to The Sun’s court reporter, Josh appeared stoic as he received his sentence, which also includes $50,000 in fines.

Josh’s wife, Anna, and his father, Jim Bob, remained emotionless while the sentence was handed down.

Besides his time behind bars and his probation upon release, Josh will also be barred from having unsupervised visits with his kids.

He will also not be allowed to have a computer or view pornography of any kind.

Josh was previously found guilty of possessing and receiving child pornography on December 9 after a nearly two-week trial.

He has been locked up in Washington County Jail since the verdict, and will soon be transferred to federal prison, where he is expected to undergo a sex offender treatment program.