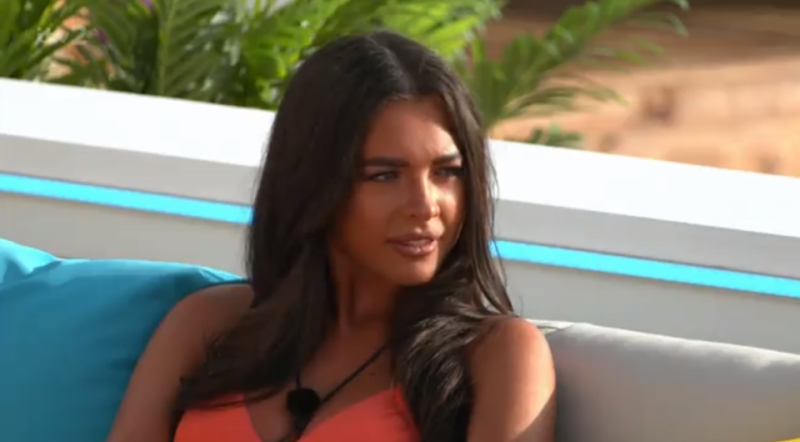 LOVE Island’s Gemma Owen is settling into life in the famous villa.

So far the new Islander hasn’t revealed who her famous father is, but she did drop some MAJOR hints on this evening’s opening episode.

But unlike Dani Dyer from series 4 who straight away revealed her papa was actor Danny Dyer, Gem is being a little more coy.

Lucky for you we spotted a few times the 19-year-old dropped a hint about her dad.

It started when she was chatting to Liam, who she is coupled up.

Read more from the villa

She asked him about his history with playing football, and if he had “played at a professional level”.

He instantly thought this was because she had dated a footballer, a comment Gemma immediately made clear was not true.

Later the she dropped the biggest hint, when she revealed her surname was Owen.

Meanwhile, this evening’s episode also saw Gemma get herself into a love triangle after “cheating” on Liam with Italian bombshell Davide.

Tonight’s instalment of the ITV2 dating show saw the new sexy singletons take part in a game of dares.

But before that, they were put into their new couples – which were picked by the public, and saw Gemma paired off with Liam.

After spending a little time with their new partners, they gathered at the firepit to play a game.

And it soon became clear that some aren’t interested in the person that they’ve been coupled up with.

Before the game, the islanders were left shocked when hunky Davide, 27, appeared.

Gemma made her opinion on the newbie very clear in the Beach Hut.

The businesswoman was asked to kiss the islander that she wanted to share a bed with – so she gave Davide a peck on the lips.

At the end of the game Davide received a text.

It said: “Davide, in 24 hours you will couple up with a girl of your choice, leaving one boy single and vulnerable.”

The other couples were revealed as: Dami Hope and Amber Beckford, Indiyah Polack and Ikenna Ekwonna.

Tasha Ghouriand and Andrew Le Page, and Luca Bish and Paige Thorne were also coupled up together.