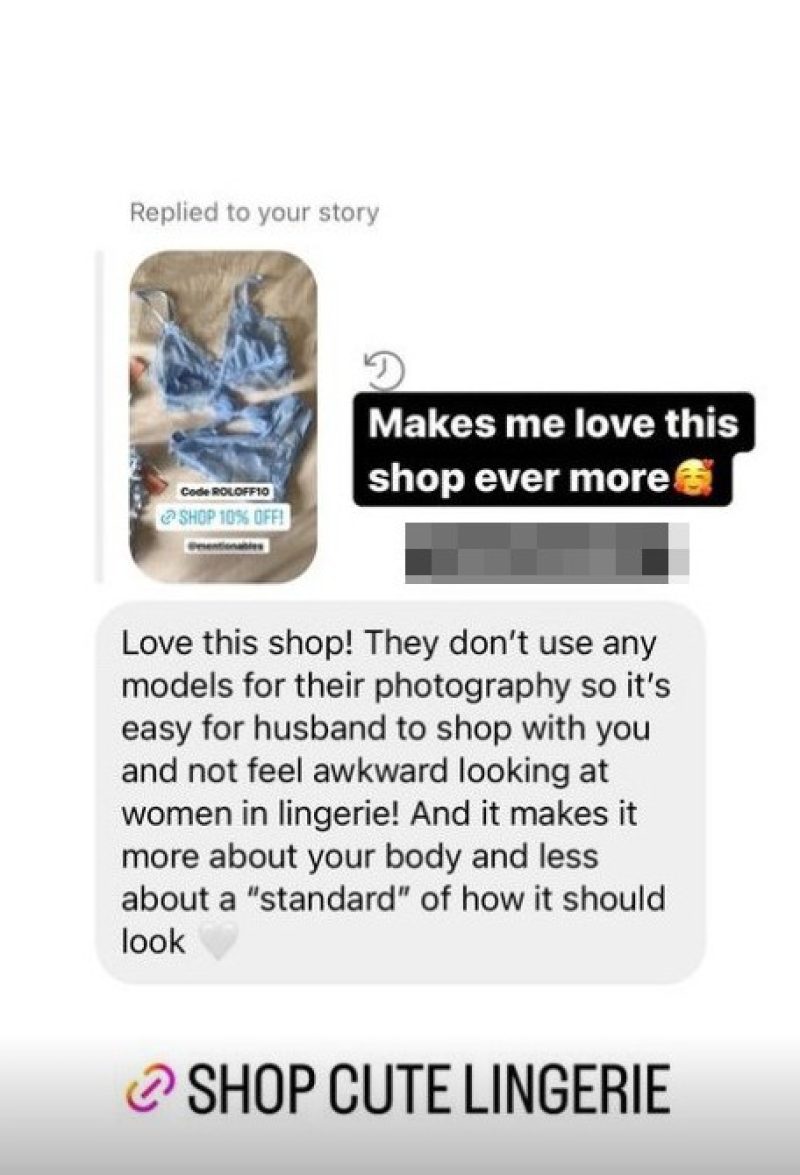 LITTLE People fans have slammed Audrey Roloff after she shares modesty rules for her husband Jeremy in an Instagram story.

“They don’t use any models for their photography so it’s easy for your husband to shop with you and not feel awkward looking at women in lingerie!”

She added, “It makes it more about your body and less about a ‘standard’ of how it should look.”

Her modesty rules post comes on the heels of another Instagram Story  she posted showing off a skintight white bikini covered in pink flowers.

The square neckline showed off her cleavage as she stood holding her six-month-old baby Radley.

Audrey could be heard saying: “Hi” to her tiny tot before turning sideways to show off her weight loss postpartum.

The TV personality looked slim as ever in the flattering bathing suit with her red hair tied up in a huge messy bun.

Audrey often uses social media to give fans an inside look at her life, and some have criticized it’s too much.

She and her husband Jeremy Roloff welcomed their third child Radley in November of 2021.

They also share a daughter Ember, four, and a son Bode, two.

But fans have not been the most supportive of the young couple’s parenting styles, as they’ve accused them of pushing “fake” and “dangerous” ideas online.

She urged her followers: “If you are a mom currently introducing your baby to solids… you need this oil.

“Just a few swirls around in his belly button.”

In previous months, the former TLC star was blasted for sitting baby Radley right in front of her essential oil diffuser after she shared a video of her baking bread with her son laying in a sling.

She recently addressed the ongoing family feud surrounding the attempted sale of their farm on social media.

Matt Roloff and his son Jeremy failed to come to an agreement to buy a $4m portion of the family farm.

With a lengthy post, the mom-of-three described it as the “death of a dream.”

She revealed that Jeremy, 32, “had hoped to take over his parents’ farm [or a portion of it] since he was a child.”

Audrey continued: “It was something he was lead to believe was possible.