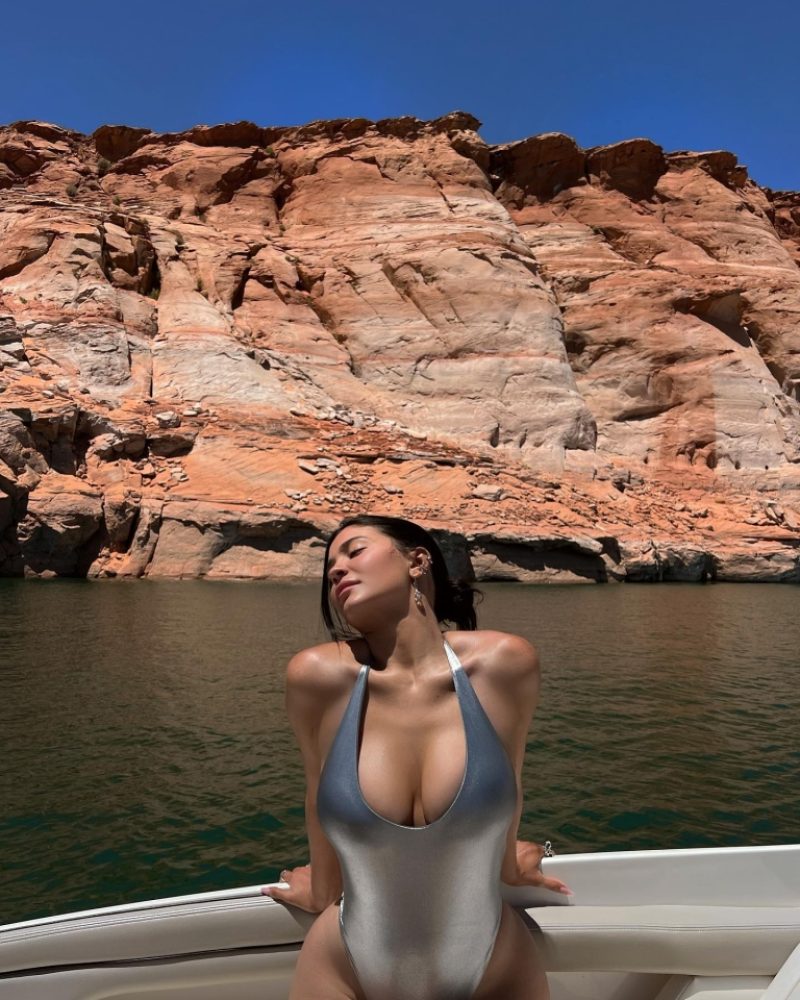 KYLIE Jenner revealed one of the secrets behind getting her body back after giving birth to her second birth just months ago.

The 24-year-old gave fans an insight into her double-barrelled and grueling workout routine that she continues despite being on holiday.

Kylie gave birth to her baby boy – whose name is still unknown, – in February, and is currently enjoying a lavish girls’ getaway in Utah.

The new mom flaunted her flat stomach in a skintight swimsuit while she enjoys some time away from her baby daddy Travis Scott, 31.

Even though she’s vacationing, Kylie has continued her workouts, sharing them with fans.

Her “workout 1” included a Pilates reformer session, complete with resistance bands around her knees to intensify the workout.

It was followed immediately by “workout 2”, where Kylie jumped on the treadmill alongside a personal trainer.

The star wore a grey sweatshirt and black leggings for her grueling session.

Kylie’s insight into her post-baby body comes after she was praised by her fans for being candid about her postpartum journey.

However, some fans speculated that the post was disingenuous, given that Kylie previously bragged about her abs coming back just days prior.

In the weeks following the birth, she posted several other intimate photos showing her “stretch marks” and “extra weight.”

“My abs are trying to make a comeback,” Kylie captioned a photo just two weeks after welcoming her son.

Kylie is a mom to Stormi, 4, and her son, who was originally named Wolf, 4 months.

She shares both children with her boyfriend, Travis Scott.

Kylie continues to share snaps from her girls-only trip to Utah, soaking up the sun at the Amangiri desert resort in Canyon Point.

The property is a favorite of the Kardashian family, and has hosted many celebrities.

Kourtney Kardashian and her ex-boyfriend Younes Bendjima celebrated his 25th birthday at Amangiri in May 2018, and sister Kim visited for her 37th birthday the previous October.

INSTAGRAMBefore immediately jumping on to the treadmill for ‘workout 2’[/caption]

Not known, clear with picture deskThey originally called the boy Wolf and then decided to change his name, but have not revealed the new choice[/caption]