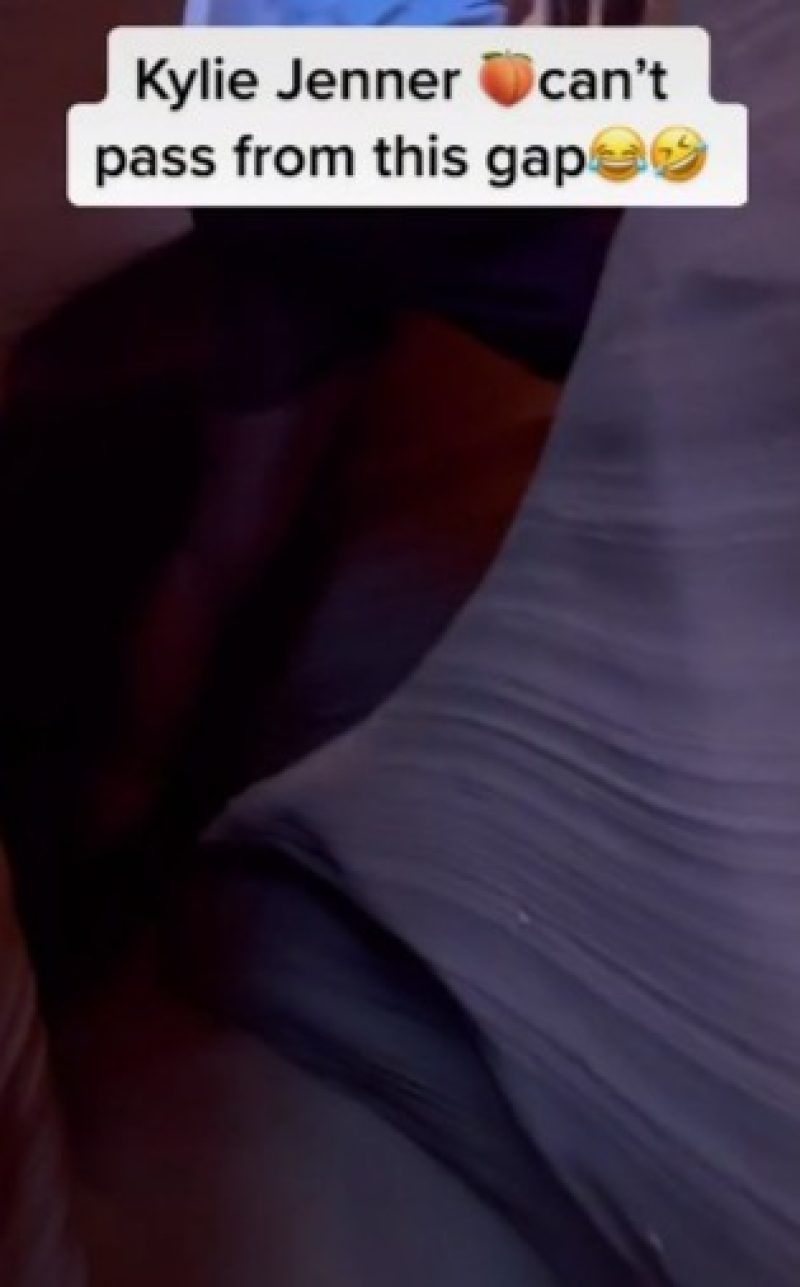 A HILARIOUS video has surfaced of Kylie Jenner getting “stuck” in rocks while hiking as she explained that her “a** doesn’t fit” through the small space.

The Kardashians star has enjoyed her lavish vacation to Utah with friends and has made sure to document her travels on social media.

A video of Kylie, 24, has surfaced from the trip where she got “stuck” while trying to maneuver through a massive rock structure at the Amangiri desert resort in Canyon Point.

In the clip, the reality star followed her friend Fai Khadra through a narrow space in the beautiful caverns of the property.

The TV personality could be heard laughing before saying: “Oh s**t” as she noticed how thin the space ahead of her was.

“My a** actually doesn’t fit here,” she claimed as the others continued to climb through the compact cave.

Re-shared by the fan account @amkardashian, they captioned their post: “Kylie Jenner can’t pass from this gap,” with a peach emoji and laughing emojis.

Fans raced to the comments to share their opinion on the tricky situation.

Several noted her Brazilian Butt Lift as the culprit behind the difficulty, one writing: “Would have got through before.”

A third suggested: “Get the smaller size next time.”

Others took Kylie’s side on the matter, one adding in defense: “How does one know how to navigate thru these rocks I literally would get lost.”

“My anxiety,” a fifth put shortly while a final agreed: “My claustrophobia rn.”

The Hulu star has spent the last several days on a lavish vacation with her friends.

Among many wild adventures, at one point Kylie stripped down nude while swimming in a lake.

In a bunch of short clips, Kylie posted two that were a bit scandalous.

At one point, the 24-year-old was seen swimming in the lake with a Fai, and although, he had swim trunks on, she appeared to be nude.

The friends bobbed up and down in the water for a bit before it moved on to something else.

The edited video, which is set to music, was captioned, “Don’t forget to take more videos.”

The video also ended with Kylie nude in water.

She rested her head on the edge of a pool and smiled while looking into the camera.

As her shoulders were bare, she seemed to only be wearing a necklace and nothing else.

The rest of the video featured her hanging out with her friends, spending time in a boat, fish, coffee, and bed, and enjoying the water.

Judging by Kylie’s Instagram posts, she has been having the time of her life on this getaway.

On June 6, she shared a photo of herself wearing an assortment of interesting rings on her two hands.

Most eye-catching was a large heart ring by Ambush that she wore on the middle finger of her left hand.

The oversized piece might be Kylie’s new favorite and she left fans dying to know where she bought it from when she shared a picture of her wearing it last week.

Also on her left hand, the billionaire wore a skull ring with Mickey Mouse ears worth $320.

On her right hand, Kylie kept things more simple, wearing a thin molten ring on her forefinger, and a silver band with hammered detailing on her wedding finger.

Although the prices are not confirmed, the bling on her fingers was estimated to be worth $2.5k in total.