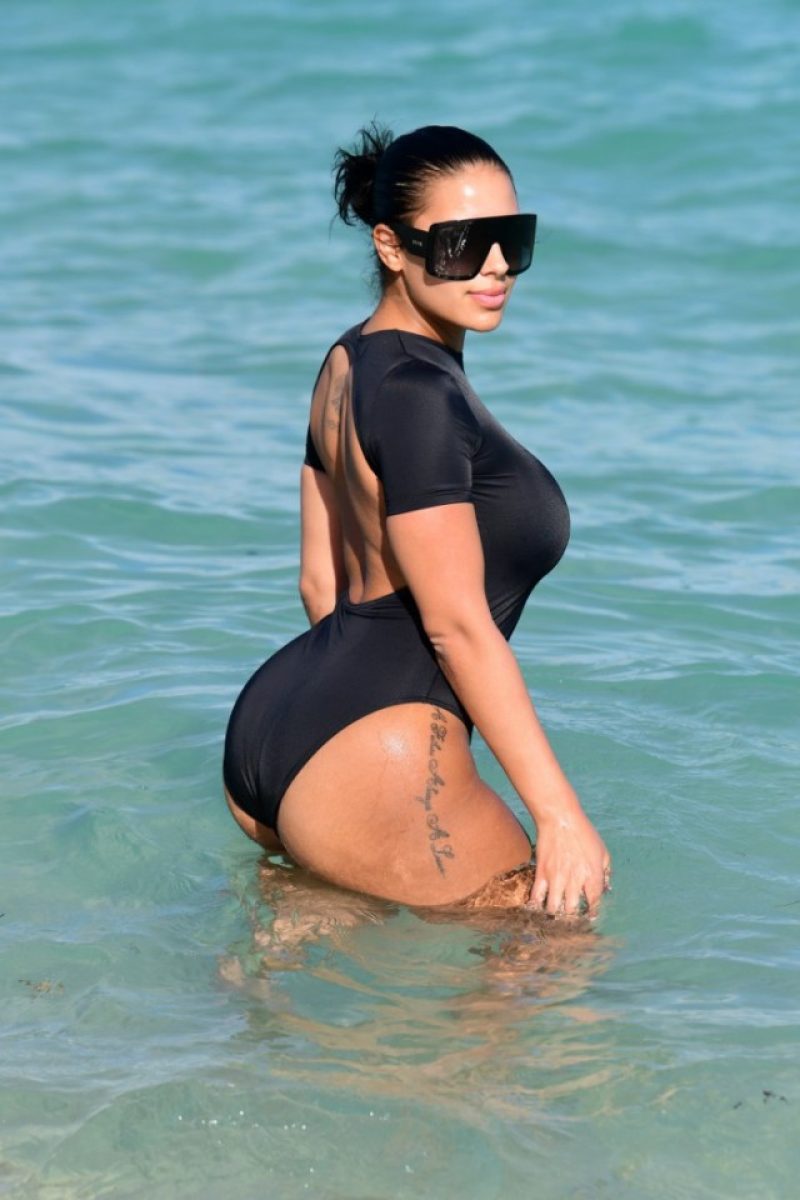 TMZ reported that Kanye and Chaney ended their romance after their trip to Japan.

Shortly after split rumors surfaced, the site also shared a photo of the rapper with another woman at the movies.

A source told Page Six said that Kanye’s “erratic behavior” could be to blame.

Fans are now worried that he may lash out at Kim again, who has made no secret his dislike for her beau Pete Davidson.

Everything to know about Kanye West and Monica Corgan

Kanye has had a lot to say about Kim and his kids within the last few months.

On Hollywood Unlocked, he threatened legal action against his ex-wife and her family, claiming he was barred from entering Kim’s home to spend time with his kids.

He alleged that Kim’s new beau, Pete Davidson, was inside at the time.

Kanye also claimed that Kim kissed Pete in front of him on Saturday Night Live in October.

The musician also released a diss track called Eazy about the comic, which featured a line about his desire to “beat Pete Davidson’s a**.”

Recently, Kanye was spotted out and about at a movie showing of “Top Gun: Maverick with model Monica Corgan.

A picture of Kanye and Monica was uploaded by Below Deck camera operator, Everette Motta.

Everette captioned the social media post: “Forgot to mention…went to see @topgunmovie the other night and sat next to @kanyewest.”

However, Kanye West has not confirmed if he is currently dating Monica.

HE HAS A TYPE

While his ex Kim, 41, is happily loved up with Pete, 28, ‘Ye has been dating a series of lookalikes to fill the gap in his life.

Next up was Instagrammer Venetria at the end of 2021, whose long black hair will look familiar to Kardashian fans, followed by model Yasmine Lopez, 22, another striking brunette with an hourglass figure.

Chaney and Kayne were first spotted together on February 7, 2022, when Kanye was supposedly in a relationship with Julia Fox.

Kanye posted a screenshot from The Shade Room to his Instagram that says: “It appears #Ye and his new boo #ChaneyJones are going strong.”

At the time, Julia confirmed in an op-ed article that the two were dating, and told Page Six she is excited about her future with him.