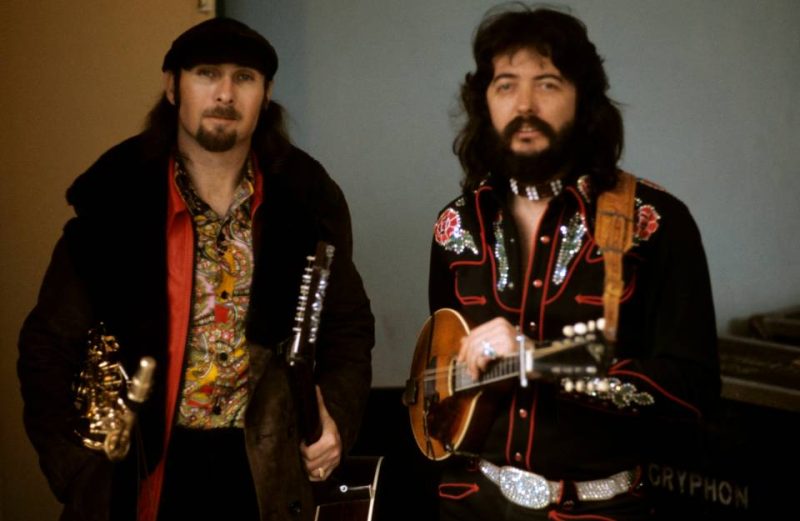 JIM Seals, of Seals and Crofts duo, has died at the age of 80.

Seals and Croft was a popular 1970s band that spawned hits such as Summer Breeze and Diamond Girl.

Jim Seals and Dash Crofts of the rock and roll group “Seals And Crofts” pose for a portraitGettyJim Seals, of Seals and Crofts, has died at the age of 80

Several family members confirmed Jim’s death as they left tributes for him online.

His cousin, Brady Seals, a former member of the country band Little Texas, said in a statement Monday night, “I just learned that James ‘Jimmy’ Seals has passed. My heart just breaks for his wife Ruby and their children. Please keep them in your prayers. What an incredible legacy he leaves behind.”

Jim was in the band with Dash Crofts, who also played the guitar while singing vocals.

His cause of death has not been revealed.

He did, however, suffer a stroke in 2017, putting his playing to a halt.

“This is a hard one on so many levels as this is a musical era passing for me. And it will never pass this way again, as his song said,” he added, referring to the Seals and Croft hit “We May Never Pass This Way (Again).”

“You and Dan finally get reunited again. Tell him and your sweet momma hi for me,” he finished the statement.

He leaves behind a wife and three children.

Jim was the primary vocalist for the soft rock duo.

None of the duo’s songs ever reached number one, but they did chart on the Hot 100.

Besides Summer Breeze and Diamond Girl, some of their biggest hits were Get Closer with Carolyn Willis, Goodbye Old Buddies, and I’ll Play For You, amongst others.

Although some critics deemed them as “Folk-shlock,” Seals and Crofts, were deeply influenced by the peace-loving faith from the late ’60s forward.

Sadly, the duo broke up in 1980 but reunited over the years, which spawned a reunion album, Traces, in 2004.

However, they never reunited for a tour of any kind.

Before forming their own group, Jim and Dash were members of the group, The Champs.

Jim played the saxophone in the group while Dash was on the drums.

They played in the band during the late ’50s and early ’60s.

The Champs had a completely different style of music from what Seals and Crofts wound up producing.

The duo joined the band after they had released their biggest hit, Tequila.

Jim and Dash stayed with The Champs until they quit in 1965.

They then moved to L.A. and joined a group called Dawnbreakers, playing alongside Glen Campbell before he became a major star.

Seals and Crofts branched out into their own duo in the ’70s and formed the legacy of what soft rock is today.

Jim started playing the saxophone at the age of 13, where he played with a local band called the Crew Cats in 1955 and eventually took up guitar as well.

He follows a long legacy of family musicians.