Jeopardy! fans spot another ‘major’ clue that the permanent host decision is already a ‘done deal’ ahead of season 39 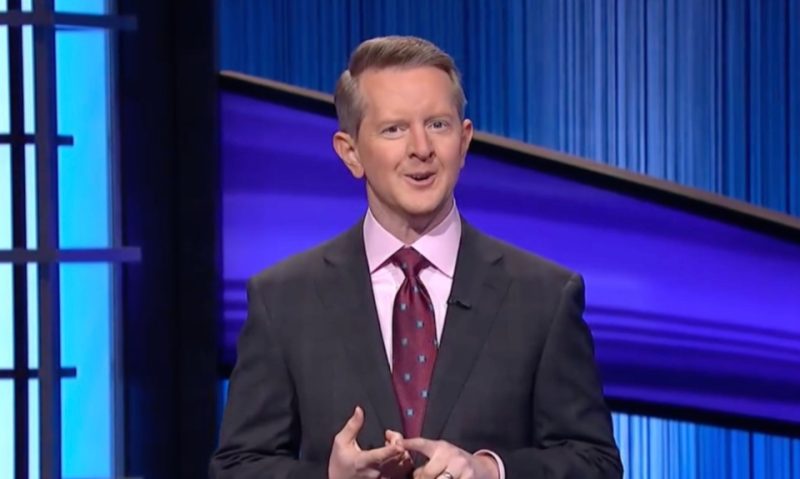 JEOPARDY! fans have spotted another major clue that the permanent host decision has already been decided.

Mayim Bialik, 46, and Ken Jennings, 48, have been battling it out for the gig for months, but it looks like the fight might be coming to an end very soon.

ABCThey think Mayim Bialik’s Fox show, Call Me Kat, premiering season 3 in September is a clue that she won’t be the full-time host[/caption]

Along with taking turns as a guest host on Jeopardy!, Mayim also stars on her own Fox series, Call Me Kat.

On Monday, the network released its fall TV schedule, which revealed that the 46-year-old’s sitcom won’t be held for a midseason debut, as it had its first two seasons.

Both seasons 1 and 2 premiered in the month of January, but season 3 is set to start airing in September this time around.

Fans on Reddit pointed out that this is usually reserved for more popular shows and ones that the network wants to have the best chance of continuing to do well.

Plus, season 1 had 13 episodes and season 2 had 18 episodes, but with Call Me Kat’s earlier start this year, they believe season 3 will have even more episodes than before.

With this news, Jeopardy! viewers believe the decision for the game show host’s new permanent host has already been decided.

And they think Ken is the one who will be taking over the mantle for good.

“That’s got to seal the deal for Ken hosting the syndicated episodes full time now,” one Redditer wrote.

They continued: “I’d guess Call Me Kat’s production would require a pretty demanding schedule if it’s going to resume this early and for more episodes.

“There would have to be some serious scheduling rearrangements by both parties for Mayim to tackle both her sitcom and Jeopardy.”

Another said: “At the very least, Call Me Kat – long considered to be an obstacle to Mayim taking the Jeopardy! job full time – will be resuming production earlier than usual.

“That likely poses a hindrance to her availability, as it did for several months this season.

“…If the sitcom’s renewal terms stipulated a full season order, which would not be out of the realm of possibilities regardless of its time slot this season, then it would only make her even more unavailable for next season than she had been over the past year.”

“I don’t believe Sony would be amenable to continuing the rotating host format pending the renewal status of Call Me Kat for additional episodes or seasons,” they added.

A third noted: “With that announcement, I would be shocked if Jennings isn’t permanent syndicated host.”

A fourth pointed out that on top of Call Me Kat, Mayim is likely set to be hosting the upcoming celebrity Jeopardy! spinoff, which would only make it even harder for her to make time for the original.

“I felt that Ken will host majority of Season 39 in the syndicated version?”

Mayim and Ken have been sharing hosting duties in the wake of legendary host Alex Trebek‘s passing in 2020.

Aside from Mayim’s Fox show, one Reddit user put together other clues from various sources that seemed to point to the permanent hosting gig being announced “soon.”

During the recent installment of his podcast, Omnibus, Ken revealed he has been scheduled for tapings in June.

The Jeopardy! fan assumed Ken might be hosting episodes for the upcoming fall.

At the beginning of June, Mark Gaberman, a writer on the ABC show, announced he will be returning to the show.

Mark tweeted: “I’m happy to report I just signed my contract for another year of Jeopardy. Beyond grateful.”

Jeopardy! followers speculated that the contract of the permanent host might be nearing its “final stages,” as well.