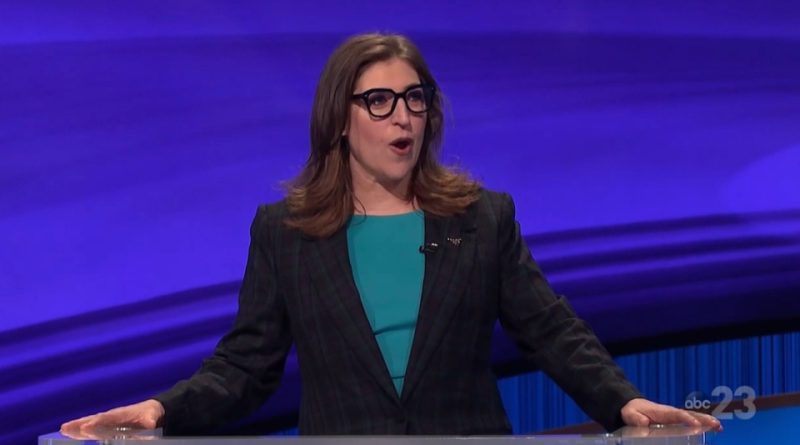 After a long winning streak on the show, the Philly-based contestant said goodbye this week, and, thanks to Mayim, it wasn’t a blunder-free spectacle.

The mistake occurred early on in the episode, within the first few minutes.

After contestant Stephanie requested the movie category, Mayim read the clue: “It was this two word internet sensation’s worst Christmas ever in 2014.”

Along with the hint, an image of a frowning feline was also shown to the players.

Player Eric quickly jumped in to call out the correct answer, saying: “Who is Grumpy Cat?”

Without hesitation, Mayim replied: “That’s him!”

Jeopardy! fans hopped on Twitter to slam the host for making such a mistake and seemingly not knowing much about the animal.

One fan told her: “Grumpy Cat was a girl!”

A third wrote: “You’ve been on the internet too long when you yell, ‘It’s her!’ after @missmayim calls Grumpy Cat ‘he.’”

A third wrote: “However, Grumpy Cat was a girl. You said ‘that’s him’ without knowing. LOL.”

Another told Mayim, “It’s okay we can’t all be purrfect.”

This mistake by Mayim came during champ Ryan’s final episode of his long winning streak.

Fans were stunned when the beloved rideshare driver was driven off the road after 16 wins, but many claimed he “threw the game.”

The trouble began during a Daily Double, when the beloved player simply drew a blank.

Wagering $2000 earlier on, he did not have a reply to the often helpful clue, as one fan lamented on Twitter, “HOW did Ryan miss that Daily Double?? HOW??!”

Going into Final Jeopardy, Ryan was in last place – and drew a blank once more.

Ryan entered FJ with just $6800 – even middle podium’s Stephanie got it – he wagered $6799, incorrectly guessing and ending with $1.

With $18K, new winner Eric pumped his fist having done what 16 previous pairs of players couldn’t.

On Twitter, sad fans could not believe their eyes and wondered what happened.

“I’m so sad I don’t even have a #blindguess answer #Jeopardy,” one wrote – guessing the final clue a classic Twitter move – when Ryan was not able to cruise ahead.

“@Jeopardy Ryan you had a great run! Thanks for sharing your knowledge w us! We enjoyed watching you play!” wrote another.

However a third claimed, “What the hell was that? Ryan stopped ringing in!”

Another agreed, “Ryan Long was ready to go home. He definitely threw that game.”

The top-scoring Philly-based contestant ever, Ryan began his run on May 20th.

Ryan finished seven games shy of Canadian tutor Mattea Roach’s 23-game tear that ended in a blaze when she lost by $1 last month.