Is Matthew McConaughey a Republican or a Democrat? 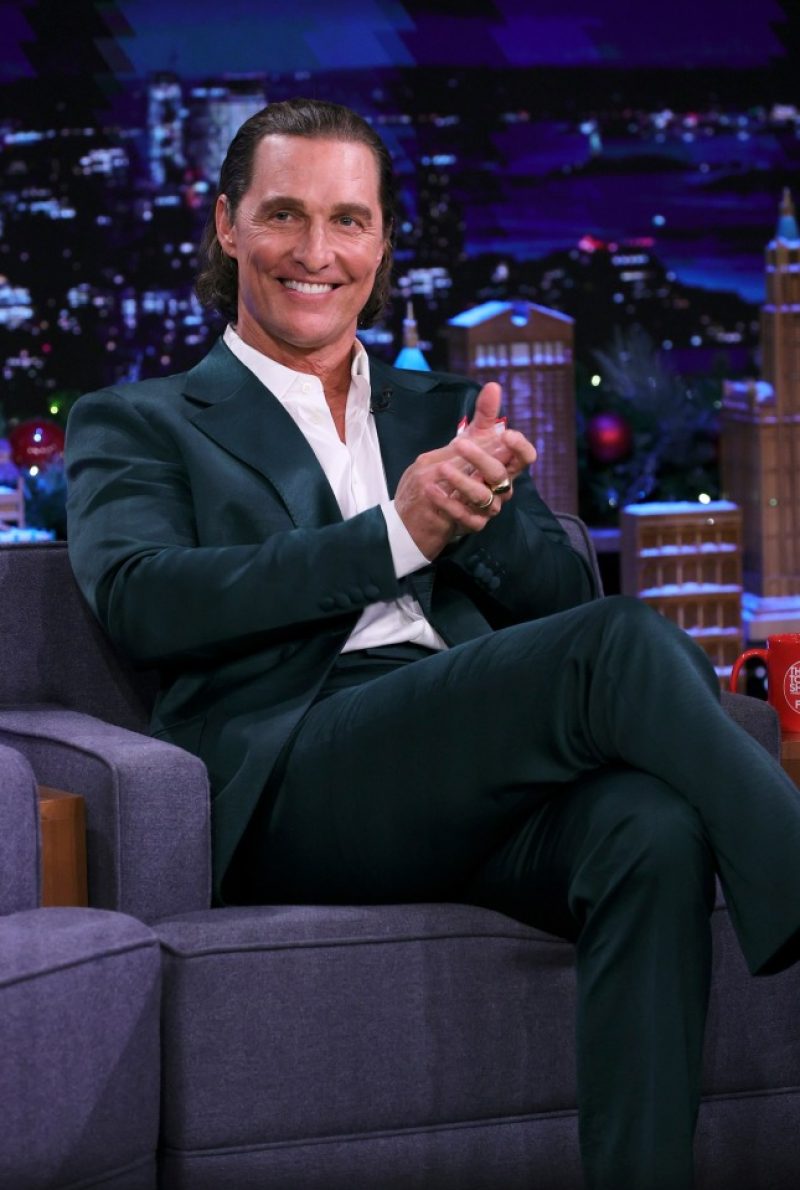 MATTHEW McConaughey’s politics have left fans to wonder whether he’ll run for office one day.

The Academy Award-winning actor revealed in a podcast he was considering a run for Texas governor, and again speaking on CBS This Morning he said he’d be a “fool” not to consider it.

Matthew McConaughey is an actor from Uvalde, TexasGetty images

Who is Matthew McConaughey?

Matthew McConaughey is an Oscar-winning Hollywood actor and producer.

The 52-year-old first gained notoriety for his supporting performance in the coming-of-age comedy Dazed and Confused.

Since, he has been featured in blockbuster films like Dallas Buyer’s Club, The Wolf of Wall Street, Interstellar and The Gentlemen.

He won the Best Actor Oscar for his performance in Dallas Buyer’s Club.

A look at Matthew McConaughey being a professor

He is married to Brazilian model Camila Alves, whom he has been with since 2006, and the couple share three children together: Levi, 13, Vida, 12, and Livingston, 9.

Is Matthew McConaughey a Republican or a Democrat?

Although there has been speculation in the media that McConaughey is a Republican, he has never openly spoken about his political affiliations, it remains unknown which party McConaughey is registered to.

Some have assumed McConaughey is Republican largely because he is from Texas, which is a conservative, red state.

On June 7, the actor attended a White House press briefing and spoke on the tragic shooting that claimed 21 lives in his hometown of Uvalde, Texas.


Inside the celebrity couples with the biggest age gaps

McConaughey shared that he and his wife spent a week on the ground with the families of the victims of the shooting.

“Uvalde is where I learned responsible gun ownership.

“Responsible gun owners are fed up with the second amendment being abused and hijacked by some deranged individuals,” he said.

“These are reasonable, practical, tactical regulations,” McConaughey said, adding that the regulations are “not a step back.”

He added that people should find “a middle ground, the place where most of us Americans live anyway – especially on this issue.”

In addition, he said that the nation is “not as divided as we are being told we are.”

Is he running for office?

McConaughey admitted to CBS This Morning on March 17, 2021, that he’d be “a fool” not to consider running for Texas governor.

Speaking on CBS This Morning, the 52-year-old actor talked about how he and his wife are hosted a virtual benefit concert to help Texas after a brutal winter storm.

After talking about how he and his wife “came up with the idea of the benefit,” the Hollywood heartthrob and producer suggested a future in politics was not out of the question.

McConaughey said, “I’m giving it consideration. I would be a fool not to.

“It’s a very honorable thing to consider, you know, what that position would mean.

“As I’ve said before and I’ll say again now, I have to decide for me what is my category where I can be most useful in life from here?”

Texas Governor Greg Abbott is up for reelection in 2022.

On November 28, 2021, McConaughey published a 3-minute video on Twitter announcing his decision not to run for Texas Governor.

What has he said about politics in the past?

“There’s a lot on that illiberal Left that absolutely condescend, patronize and are arrogant toward that other 50 percent,” he told Russell.

“In [Hollywood], when Trump was voted in four years ago, they were in denial that it was real,” he continued.

He also criticized Republicans who were in denial that Joe Biden won the 2020 presidential election.

“Now you’ve got the right that’s in denial, because their side has fake news,” he said.

“And I understand, they’ve been fed fake news.

“No one knows what the hell to believe, right? So they’re putting down their last bastion of defense,” the actor said.

He called on both Republicans and Democrats to instead work together and find a compromise.

In an interview on New York Times podcast “Sway” hosted by Kara Swisher, the actor spoke on his thoughts with regards to Texas’ new strict abortion laws that outlaws the procedure after six weeks.

“I’ve got a problem with that,” McConaughey said, adding he thought the legislation was a “juvenile.”

He said that limiting a woman’s abortion chances after six weeks “does not really make that an honest consideration.”

During the podcast, McConaughey also spoke about the state of politics in the country.

“I’m working on what I’m trying to understand politics to be,” McConaughey said.

“I think we’ve got to redefine politics. If each party’s only about preservation of party, well, I’m almost arguing that’s undemocratic. If you’re only there to, by hook or by crook, preserve your party, you’re leaving out 50 percent of the people. So I think politics needs a redefining.”