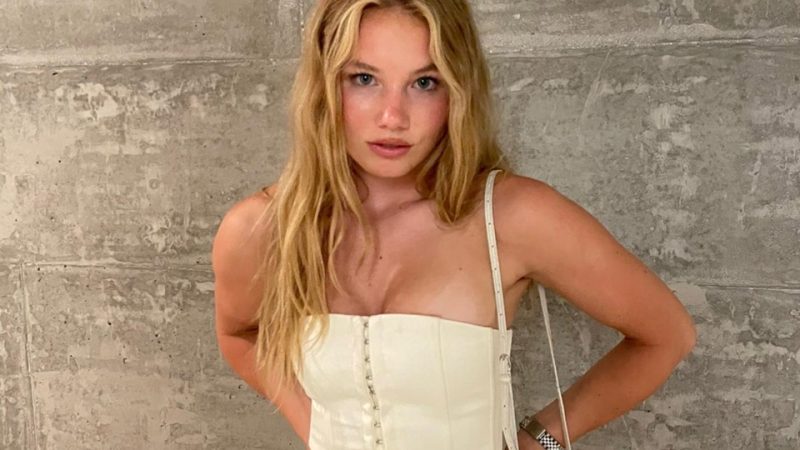 KANYE West has been seen on dates with different celebrities since he and Kim Kardashian parted ways.

However, he is yet to confirm who will be replacing Kim permanently.

A picture of model Monica Corgan from her Instagram page

Who is Monica Corgan?

Monica Corgan is a model and social media influencer who was born on November 11, 1998, in Indiana.

Monica is well known as a brand ambassador for the swimwear brand, Boutine LA.

As of the time of writing, Monica boasts 35k followers on Instagram.

Her Instagram account shows that she has worked with brands such as Balenciaga and other top brands.

Furthermore, Monica has a TikTok profile with approximately 14.6k followers.

Rumors swirled on the internet when Kanye West was seen on a movie date in the first week of June 2022 with Monica Corgan.

The two were spotted watching a screening of the 2022 movie Top Gun: Maverick.

A picture of Kanye and Monica was uploaded by Below Deck camera operator, Everette Motta.

Everette captioned the social media post: “Forgot to mention…went to see @topgunmovie the other night and sat next to @kanyewest.”

However, Kanye West has not confirmed if he is currently dating Monica.

Who has Kanye West dated since Kim Kardashian divorce?

Previously, Kanye West, whose name is now Ye, appeared to be in a new relationship with model Chaney Jones who bears a strong resemblance to his ex, Kim Kardashian.

The two were first spotted together on February 7, 2022, when Kanye was supposedly in a relationship with Julia Fox.

Kanye posted a screenshot from The Shade Room to his Instagram that says: “It appears #Ye and his new boo #ChaneyJones are going strong.”

At the time, Julia confirmed in an op-ed article that the two were dating, and told PageSix she is excited about her future with him.

“I don’t know where things are headed,” she told the media outlet at the time. “But if this is any indication of the future I’m loving the ride.”

The two previously met in Miami while celebrating New Year’s Eve, and later went on a second date where he surprised her with the photoshoot.