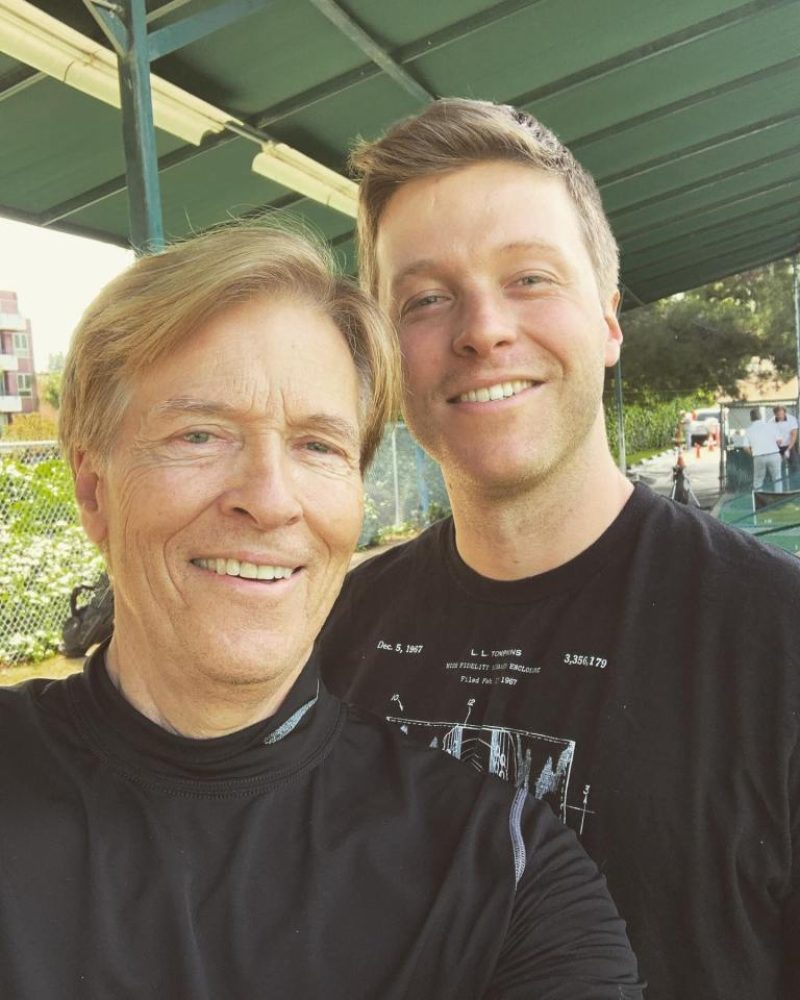 Following his battles with addiction, let’s take a look at Harrison’s troubled past and recent efforts to live a healthy lifestyle.

Harrison had been battling with drugs and alcohol for years while making a living in his native Los Angeles as an actor, music producer, and DJ.

In 2016, Jack, 62, and his ex-wife Kristina, 59, were heartbroken as their son went missing for one week after suffering a relapse.

The Melrose Place alum tweeted at the time: “I fear for my youngest son’s safety. Harrison has struggled with drugs and alcohol just as I did when I was younger.

“He’s relapsed and is MIA for five days.”

However, Harrison was able to get back with his family as Jack updated his followers: “Harrison’s been in touch. He’s 21 and in charge of his life.

“Thank you for the love and prayers. Please continue to share your struggles, it helps us all.”

He concluded in another tweet: “I encourage you all to continue to share your struggles. Giving voice to what we struggle with is the first step to finding a solution.”

The actor then responded to dozens of messages from fans who reached out about their own experiences with addiction and mental health issues.

He thanked everyone who had sent in words of support and prayers for his struggling son.

Harrison went on to show his gratitude toward his supportive dad in the caption of an Instagram photo, which showed the father-son pair with Harrison’s older brother Peter, 31.

He wrote: “Family adds so much joy into life. Through thick and thin, I can always count on these guys to be there for me and me [to be there] for them.”

However, he stopped posting loved-up pictures of them together back in 2019.

According to his Instagram page, it seemed that the self-confessed “crazy boy” had recently welcomed some healthy lifestyle changes.

Photos posted over the last two years showed that he enjoyed meditation, hiking, and going to the gym.

Instagram/harrisonwagnerTo his followers on social media, it might have looked like Harrison had turned over a new leaf[/caption]

His last picture, which was published on May 22, showed Harrison looking reflective as he sat on a street corner in LA.

“Focus. YOU are left with YOU and your thoughts,” read the cryptic caption.

Unfortunately, Harrison was found dead in a parking lot during the early hours of June 6 according to the LA County case report which was confirmed by The Sun.

His cause of death is currently being investigated by the medical examiner.

Neither of his parents has yet released an official statement.

However, fans have flooded social media with their tributes and prayers for the late DJ.

Instagram/@harrisonwagnerPictured here with his brother Pete (left), Harrison appearing to be leading a more healthy lifestyle in his final months[/caption]