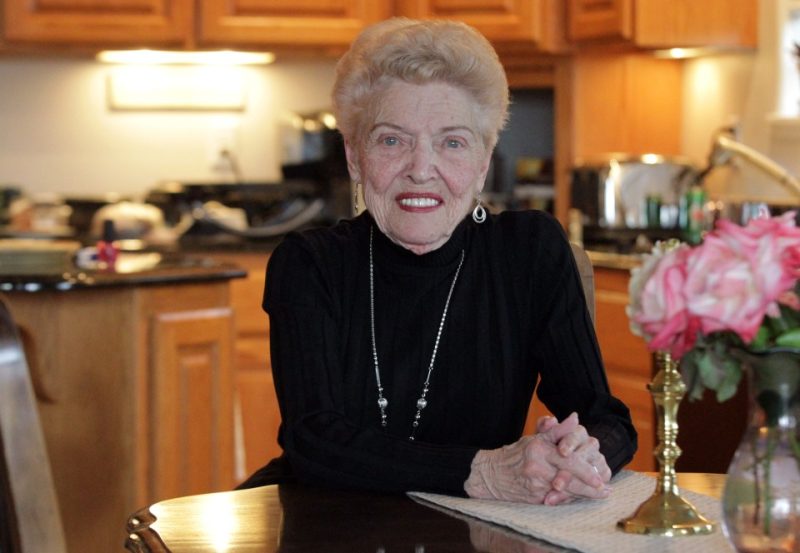 Esther Jenner, 96, spoke out after her daughter revealed she only found out through the media she had been “explicitly excluded” from the new reality series The Kardashians.

Catilyn, 72, was also reportedly left shocked when her step-daughter Kourtney Kardashian did not invite her to the wedding she celebrated last month in Italy to rocker Travis Barker.

Asked if Caitlyn had been hurt by the snubs, her mom Esther told The Sun from her home in Idaho: “I don’t know if [Caitlyn] even cares. It’s something we haven’t even discussed.

“I think that Kardashian show is the most senseless thing I have ever watched.

“But my two granddaughters, Kendall and Kylie, created it and I love them dearly.

Read More On The Kardashians

“They’re my blood. And my four step-grandchildren [from Caitlyn’s marriage to Kardashian momager Kris Jenner]  – Kim, Kourtney, Khloé and Robert – feel like they’re mine too.”

Reacting to being left out of the new Hulu show which replaced Keeping Up With The Kardashians, Caitlyn tweeted in March: “Of course no bad blood.

“I love my family and am thrilled for the show [to continue].

“But I was shocked to learn through the press that I was explicitly excluded from the new show.”

She was said to have been left “shocked” by the exclusion, according to a source quoted by Page Six.

Caitlyn already revealed during a press tour for her book “Secrets of My Life” in 2017 that she was no longer close with the Kardashians.

She said: “I don’t talk to them anymore. Kim and I haven’t talked in a year.

“They don’t want me in their lives, they bashed me pretty badly. “It’s devastating when your kids do that. It really hurt. I don’t know what the future holds. We will see.”

However in April this year, her ex Kris claimed that the relationship with Caitlyn was “fine”.

During an ABC News special, she said: “We’re friends. I see [Caitlyn] when she’s at a family thing. It’s settled down a lot.”

Weighing in on Kim’s split with ex Kanye West and new relationship with Pete Davidson, Esther said it reflected poorly on the series.

Asked about the messy divorce and Kim’s new man, she said: “I think people’s moral values have fallen compared to the way I was brought up.

“And I don’t think the show is helping relationships.”

Esther told how she fears that Caitlyn has put her life at risk by pursuing a new career in politics – and revealed she is being protected by two guard dogs.

Following Caitlyn’s unsuccessful attempt to turf out California’s Democratic governor Gavin Newsom, the former Olympian has declared that she wants to make another run for office.

A longtime Republican, her outspoken views include branding Hillary Clinton a “f****** liar.”

“I think Caitlyn is putting [her] life on the line,” Esther revealed. “We have a very, very dangerous Democratic party in power now.

“Thank goodness [she] has two good watch dogs. If anything moves at [her] doors, they would know,” Caitlyn’s mom continued.

“We’re very close. We probably talk three or four times a week. I have to live with whatever decisions [she] makes and support [her] in whatever [she] chooses to do. I’m not in control.

“But I think [she] would be putting [herself] in a dangerous position (if he runs for office again) so I’m not too sure.”

Esther brought up the former Bruce Jenner – who came out as a trans woman in 2015 – with three siblings.

One of them, Burt, was tragically killed as a teenager in a car accident.

Coleman-RaynerEsther poses with her kids Lisa Jenner, Pam Mettler and the then Bruce Jenner[/caption]