The Young And The Restless cast 2022: new, leaving, and returning characters 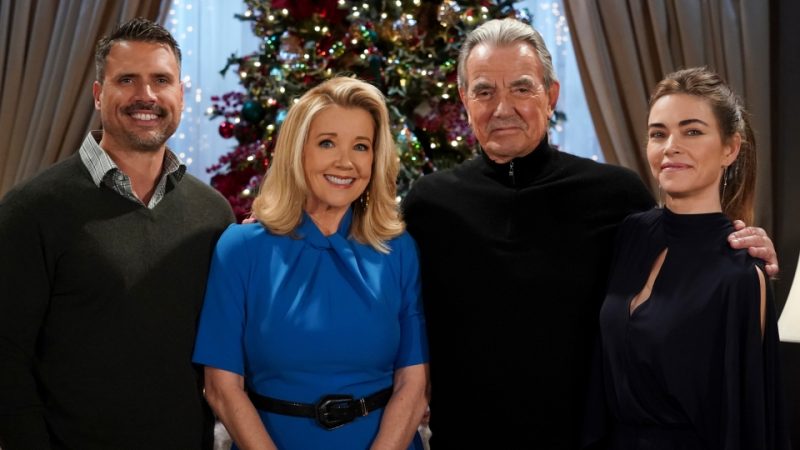 OVER 40 years of romance and backstabbing have taken place on The Young And The Restless.

Throughout the history of Y&R, several characters have come and gone, but fans are curious to know who’s staying and who’s leaving after season 49.

Following season 49, Y&R audiences are anticipating who will return and who will exit the dramatic soap opera

Who’s returning to The Young And The Restless?

Diane Jenkins made her return to The Young And The Restless after she was believed to be murdered by Nikki Newman in 2011.

In April 2022, Diane’s re-emergence in Genoa City was met with a mixed reception among the characters – they thought she was dead.

Since she returned, it was revealed that she was the one who was texting Jack Abbott.

Years ago, Diane and Jack were romantically involved and got in contact again after she informed him of his son Keemo’s death and the existence of his granddaughter.

She has been portrayed by Susan Walters since 2001 and was previously portrayed by Alex Donnelly and Maura West.

Debuting on the show in 1980, businessman Jack Abbott is among the characters coming back after season 49.

Jack, played by Peter Bergman, is the head of the Abbott family who is constantly feuding with the Newman family.

During the 49th season, he finds out about the death of his son Keemo due to anonymous text messages from a then-unknown person.

most read in Y&R


Hunter King is leaving Y&R, here’s a look at who will play Summer Newman

The source was revealed to be Diane, who blindsided Jack and other Genoa City residents with her return.

Prior to Peter Bergman taking on the role of Jack, he was played by Terry Lester and Graham Taylor.

Speaking of Jack’s neverending rivalry with the Newmans, patriarch Victor Newman is returning for the next edition of The Young And The Restless.

First introduced to audiences in 1980, Victor is played by Eric Braeden.

Victor is married to Nikki Newman and they are considered the Y&R’s power couple.

The longtime couple is parents to Victoria and Nicholas.

Outside of his marriage, the patriarch is also father to two additional children – Abby and Adam.

Victor’s daughter, Victoria, has been the center of numerous controversial Y&R storylines.

Her timeline on the show consists of shocking arrests, family feuds, and narrow escapes from death.

With upcoming episodes, fans are waiting to know about the status of her marriage to Ashland Locke.

Victoria uncovered a major bombshell about her husband’s deception regarding his cancer diagnosis, he revealed he was lying about his cancer illness for much of their marriage.

Despite the turmoil surrounding their union, Ashland still managed to save Victoria from meeting her end from a fatal car crash.

She is portrayed by Emmy-winning actress Amelia Heinle.

After the events of Y&R’s 49th edition, the fates of several notable characters were left on a cliffhanger

In addition to his wife Victoria, Ashland Locke – if that’s even his real name – is returning to the long-running series.

Besides his bombshell cancer lie that rocked the show, Ashland was concealing his real identity throughout a notable duration of season 49.

Ashland’s real name is Bobby DeFranco, he stole the identity from his friend after the real Bobby died in a car crash.

The shocking reveal came courtesy of his brother-in-law, Nick Newman.

In the episodes to come, viewers will get the chance to see Ashland – or Bobby – figure out his marriage to Victoria.

Audiences will also have to tune in to see the outcome of the ruthless businessman’s plots regarding the Abbott family and the Newman family.

In July 2017, Crystal Porter was introduced to the residents of Genoa City, Wisconsin.

Portrayed by Morgan Obenreder, Crystal’s storyline on the program was full of drug-addicted parents, sex trafficking, and murder.

Following her years-long absence from Y&R, Crystal came back to Genoa City.

On the May 16, 2022, broadcast, she reunited with the rest of the characters just in time for her older sister Tessa’s wedding to longtime girlfriend Mariah.

Reappearing after season 49 is Summer Newman, granddaughter of Victor Newman and wife of Kyle Abbott.

Although she’s returning for next season, viewers will see her a bit differently.

While fans are used to seeing Summer portrayed by Hunter King, Hunter was replaced by Allison Lanier.

The change of actresses took effect starting with the May 17, 2022 episode.

Who is leaving Y&R?

In 2018, Rey Rosales joined the Abbotts, the Newmans, and the rest of the characters on The Young And The Restless.

While getting close to Victoria’s former sister-in-law Sharon, he solved the mystery of JT’s murderer – which happened to be Newman family matriarch Nikki.

He kept Nikki’s secret and tied the knot with Sharon.

However, fans saw Rey meet his demise after a deadly auto collision with Victoria.

Rey’s actor Jordi Vilasuso confirmed the character would not be returning after season 49.