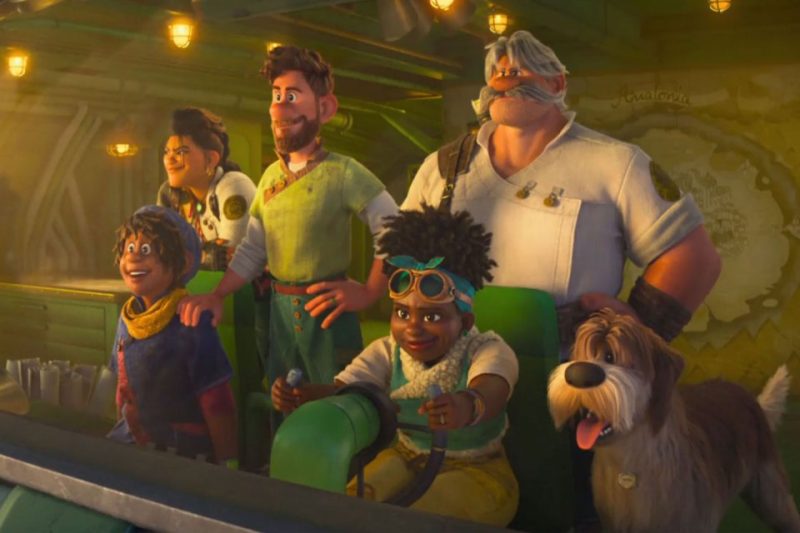 RENOWNED for their timeless animation films, Disney has another feature coming soon to screens.

Strange World is the next cartoon movie slated for release by Disney, which is why audiences are curious to know more about the upcoming motion picture.

What is the Strange World release date?

In December 2021, Disney announced their next animated feature film hitting the big screen.

The company revealed production had started on Strange World and shared cartoon stills on Instagram to tease fans with what to expect.

Director Don Hall said of the motion picture’s inspiration: “I loved reading the old issues of pulps growing up.”

He told Variety: “They were big adventures in which a group of explorers might discover a hidden world of ancient creatures. They’ve been a huge inspiration for Strange World.”

On June 6, 2022, Disney dropped the teaser trailer for Strange World.

Later in the year, audiences can expect the movie in theaters on Wednesday, November 23.

Strange World’s release date comes just in time for Thanksgiving weekend, where it will have to compete with Steven Spielberg’s The Fabelmans and the Michael B Jordan-fronted Creed III.

most read in disney movies

PREQUEL TO THE WAR

Upon the trailer’s drop, the writer tweeted: “It continues to blow my mind that I get to tell stories like #DisneyRaya & now #StrangeWorld.”

“Dreams I didn’t realize I was allowed to dream are coming true.”

The film’s writer further tweeted: “This one is Don’s & my love letter to pulp adventure, fathers and sons, and other worldly tales.”

What is the plot?

The brief description read: “Travel past space and time to a place of infinite mystery.”

“The original action-adventure journeys deep into an uncharted and treacherous land where fantastical creatures await the legendary Clades, a family of explorers whose differences threaten to topple their latest—and by far— most crucial mission.”

The project’s story follows the journey and exploration embarked on by the main character, the Jake Gyllenhaal voiced figure – Searcher Clade.