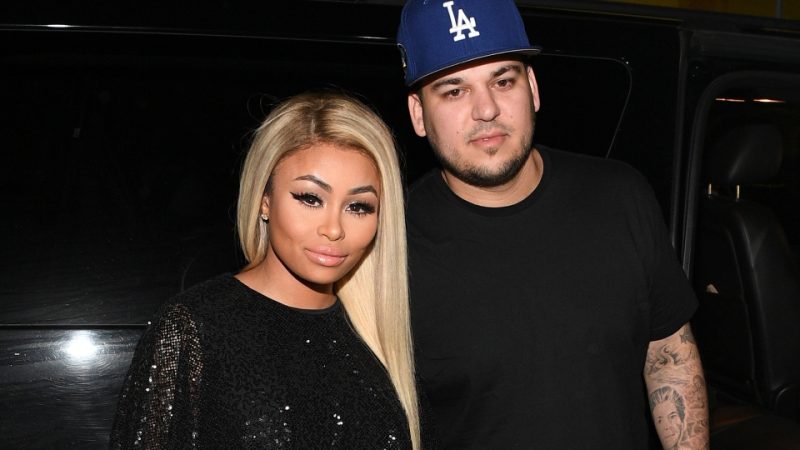 ROB Kardashian’s ex-fiancée Blac Chyna is reportedly trying to “back out” of the court deal they reached in a lengthy court battle.

The Keeping Up With the Kardashians alum is reportedly trying to convince a judge to make her see it through.

TMZ obtained court documents filed by Rob’s attorney, which state that Chyna agreed to drop her lawsuit against her baby daddy.

According to the outlet, the stipulation is that the reality star dad must help his ex get out of another lawsuit against her.

As noted by TMZ, another ex of the Instagram model’s – Pilot Jones – is suing her and Rob, alleging that they outed him as gay and exposed him to public threats.

However, the court documents obtained by TMZ reveal that Chyna has threatened to move forward with the trial.

Rob claims that she should have to see the deal through, noting that they had an agreement.

He is asking that a judge enforce their contract.

If the case does go to trial, it would be the second court battle between Rob – and his family – against the former adult dancer.

A judge has not yet ruled on Rob’s request, but the former reality star is seeking an emergency hearing to get the ball rolling.

After Chyna lost her $100 million case against Rob’s sisters and mom Kris Jenner, a date was set for their face-off.

The trial was set to take place in the Stanley Mosk Courthouse in Downtown Los Angeles.

If the case moved forward, Rob will be represented by attorney Todd Eagen, while Chyna has once again retained Lynne Ciani.

Neither party appeared before Judge Gregory Alarcon when the date was set in mid-May, but they were represented by their attorneys, with Ciani logging in via Zoom.

It came weeks after Rob’s sisters Khloe, Kylie, and Kim, along with his mom Kris Jenner, triumphed in their case against Chyna, who claimed they defamed her and ruined her TV career.

In her original filing, Chyna claimed that she suffered “significant damages” after her ex’s alarming social media war against her in July 2017.

He also accused the mother of his only daughter Dream, five, of cheating on him and alleged that Chyna was using drugs and abusing alcohol at the time.

She refuted those claims.

Rob, who barely leaves the house due to crippling social anxiety, dropped his own lawsuit against his ex following their toxic relationship, but may still have to testify in her case.

He took to the stand during his family’s trial and appeared emotional as he recounted their alleged violent relationship, in which he claimed Chyna beat him with a six-foot metal pole and put a gun to his head during an argument in late 2016.

Wearing a dark loose-fitting shirt and pants, he was seen by The Sun’s reporter nervously mopping his head with a towel as he fielded questions from her attorney Ciani.

Talking about the pair getting together, he said: “I was probably at the worst place in my life, and me reaching out to her I was in my weakest, worst point.”

A jury sided with the Kardashians in the case and decided not to award her damages, as Chyna sat in stunned silence after the verdict was read out.

Following their victory, the Kardashian team, led by Michael Rhodes and Michelle Doolin, reacted as they said: “On behalf of Kris, Kim, Khloe, and Kylie, I want to express our appreciation to the jury.

“We are also grateful for the steady hand of Judge Alarcon in making sure that this was a fair trial.

“The jury sent a clear message to Ms. [Angela] White and her lawyer — I hope they are listening.”

Although the ruling was in favor of the Kardashians, Chyna’s legal team revealed they aim to seek an appeal and the former reality star is trying to raise thousands of dollars for legal expenses.

Since the trial, she has once again found herself in hot water by being accused of battery in Los Angeles.

Police told TMZ that Chyna was “named as the suspect in a battery report” filed on May 6, which officers “are investigating.”

The alleged victim, Sequoya King, told the outlet she and Chyna “got into a verbal dispute which turned physical.”

According to King, the incident took place in the early hours of the Friday morning at a bar in Los Angeles.

She claimed the reality star “took her phone out of her hand” and “slammed” it to the ground – causing alleged “damage” to the device.

She also told the outlet Chyna “kicked her in the stomach, causing her to fall down.”

TMZ shared an image of her phone, which appeared to be cracked along both sides.

King spoke further on what happened, saying the incident in question began when Chyna, “believed she was being recorded by people in the bar.”

She said Chyna “accused her of using the phone to record footage,” an allegation which the woman “denied.”

Refer to CaptionHe claimed that he was not in love with Chyna, with whom he shares a child[/caption]