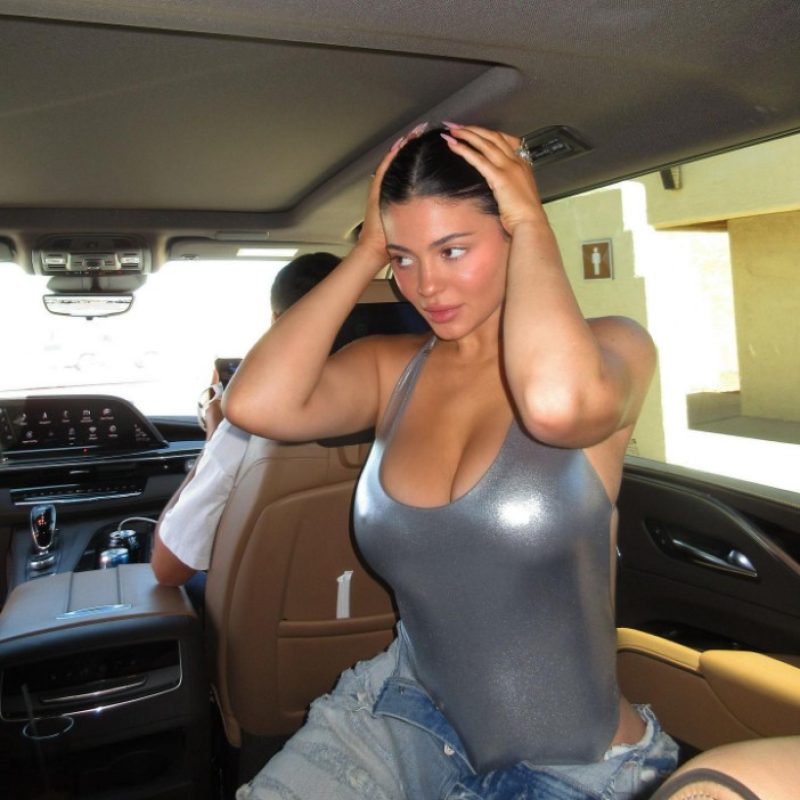 AN INSTAGRAM post from Kylie Jenner has Kardashian fans shocked after it appears the reality star suffers a nearly NSFW wardrobe malfunction.

The photo, taken while on a recent trip to Utah, shows Kylie’s jeans unbuttoned over a plunging silver swim suit.

The reality star and cosmetics mogul took the moment to tease some upcoming merchandise.

She captioned the revealing post, “Never not wearing my new lip & cheek blushes, can’t wait to drop ‘em,” while touching her face.

Kylie has been enjoying some time away with pals after welcoming a second child with longtime boyfriend Travis Scott.

She donned the same silver swimsuit as she rode on a boat with her friends.

Kylie snapped sexy photos from a boat while vacationing, before hopping in the water for a swim and some water sports.

She and her gal pals also rode on an inflatable tube.

An Instagram Story shows Kylie, 24, and her friend, in the tube with an unidentified man racing around the lake at high speed.

The girls ride over some bumpy waves, as the video then cuts to Kylie and her pal struggling to get back on the raft for several minutes.

LOVE IS IN THE AIR

Kylie, 24, has been soaking up the sun at the  Amangiri desert resort in Canyon Point, Utah.

The property is a favorite of the Kardashian family, and has hosted many celebrities.

Kylie took to her Instagram Stories on Friday to film a desert dance party.

In the clip, she’s seen standing outside a car, swinging her shoulders and hips as friends dance around her.

Music appears to be playing out of the vehicle, though it’s unclear exactly where they are or why.

Kylie has been showing off her post-baby body and famous curves in several posts.

While in Utah, she compared her chiseled surroundings to the red planet.

“BRB, went to Mars,” she captioned one photo, while wearing a skin-tight brown dress during a hike.

In another post, the fashion designer modeled a metallic, long-sleeved shirt and mini skirt.

“Blue might be my new favorite color,” Kylie captioned the clothing clips.

The Hulu star gave birth to her second child, whose name is still unknown, in February.

Her son was originally named Wolf.

Kylie was praised by her fans for being candid about her postpartum journey.

Recently, she told he followers via her Instagram Stories that she had gained 60 pounds during her second pregnancy.

Instagram/@kyliejennerKylie compared her surroundings to Mars, while donning a mini metallic dress[/caption]