Jeopardy! fans stunned as champ Ryan Long LOSES winning streak in shocking last round but some think he ‘threw the game’ 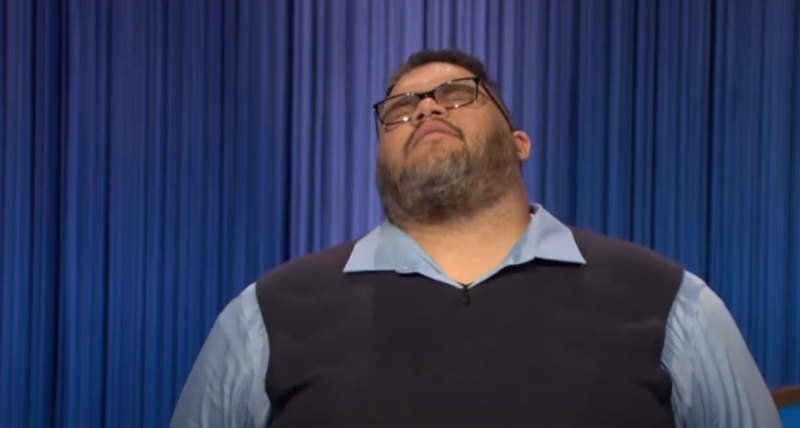 Fans were floored when the beloved rideshare driver was driven off the road after 16 wins, some claiming he “threw the game.”

Mayim Bialik, 46, is hosting Jeopardy! for the fifth week in a row, returning after alum Ken Jennings’ prior three weeks at the helm and announcement he’d be out for “months.”

After 16 wins, the ninth-longest streak on the show ever – and $299K in earnings total – he was defeated in a frustrating finish.

Going into Final Jeopardy, Ryan had $6800 and was in last place.

It was one of Ryan’s lowest-scoring games and the signs of his tragic forecast were clear.

During a Daily Double, the beloved player simply drew a blank.

And in Final Jeopardy, Ryan drew a blank once more.

‘HE THREW THE GAME’

But on Twitter, some fans could not believe their eyes.

“I’m so sad I don’t even have a #blindguess answer #Jeopardy,” one wrote as Final Jeopardy saw Ryan not able to cruise ahead.

“@Jeopardy Ryan you had a great run! Thanks for sharing your knowledge w us! We enjoyed watching you play!” wrote another.

However a third claimed, “What the hell was that? Ryan stopped ringing in!”

Another agreed, “Ryan Long was ready to go home. He definitely threw that game.”

A third wrote, “Ryan was more than tired and threw in the ti[t]le.”

A fourth celebrated his amazing go, “Ryan Long, you’re one of my favorite #Jeopardy contestants! See you at the Tournament of Champions!”

Wrote another, “Gonna miss you! You were a joy to watch. You earned every penny!”

“I just wish it wasn’t this d**che that ended Ryan’s streak #jeopardy,” as another simply tweeted in not gameshow-like language, “F**k Eric.”