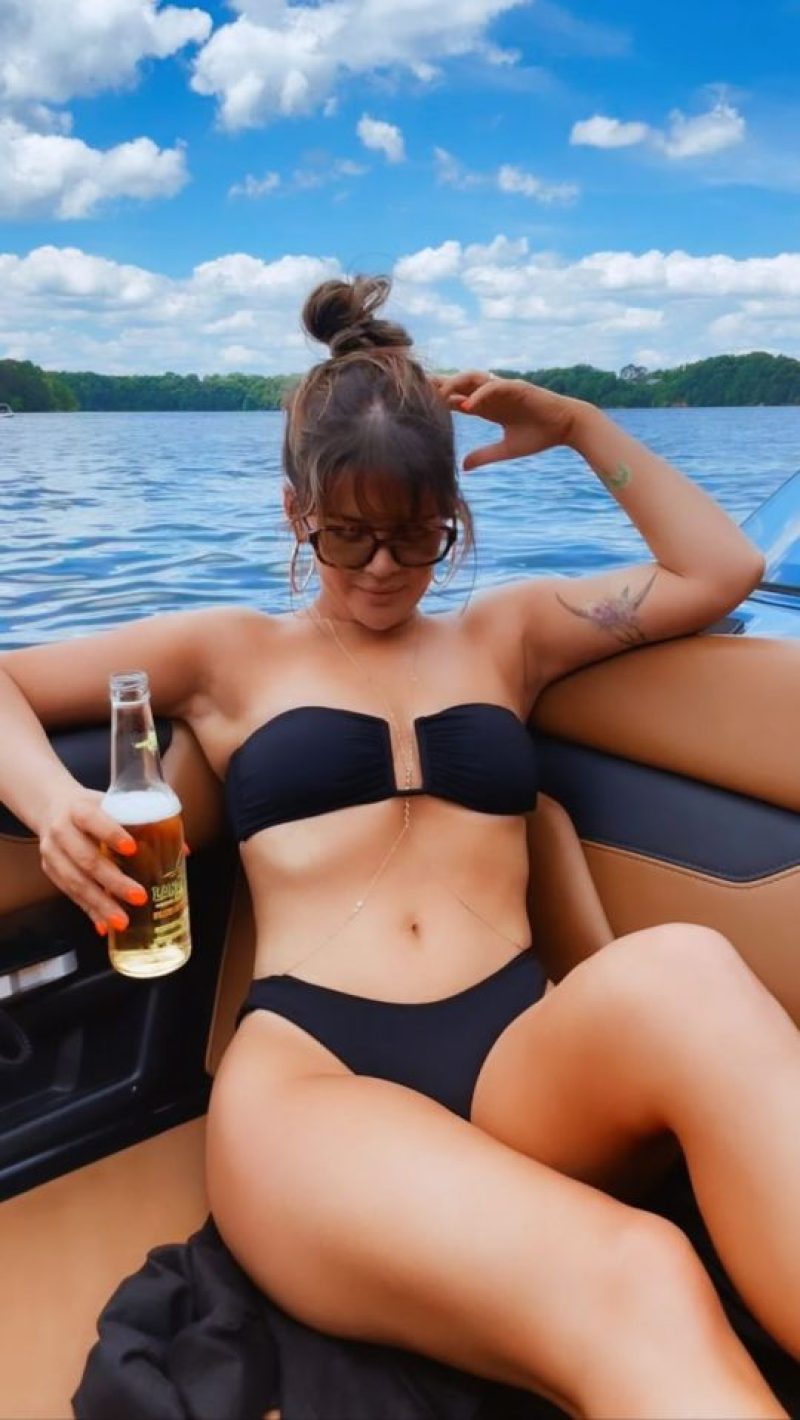 MAREN Morris almost suffered a wardrobe malfunction wearing a tiny bikini as she spent some time on a boat this weekend.

The racy display came after the star was ripped by trolls who said that she should “dress appropriately”.

32-year-old Maren made the most of the three-day weekend by relaxing on a boat on the lakes of Tennessee.

She shared a bunch of pictures on her Instagram Stories showing off her tiny black bikini.

The Circles Around This Town hitmaker flaunted her toned stomach in the teeny two-piece while she laid back with a beer in hand.

Maren smiled wearing oversized sunglasses and fans could see the stunning blue sky in the background.

In one slide, she gave her followers a look at her legs, while in another, she posed for a selfie with her head behind her hands.

She was joined on the boat by her husband Ryan Hurd, 35.

The songwriter showed off his muscular physique, going topless with a pair of blue swim trunks.

He also enjoyed a beer to celebrate the long weekend.


Ice cream recall – Do you have a dangerous dessert in your freezer?

The mom-of-one has been proudly flaunting her figure recently and in April, showed off her cleavage on the red carpet of the CMT Awards.

She oozed glamor in a metallic crop top that exposed both her cleavage and her midriff.

She teamed the sexy number with a floor-length skirt, custom-made by celeb-favorite Rasario.

Her look, which was put together by Kardashians’ stylist Dani Michelle, was completed with diamond earrings.

She posed on the red carpet with her musician husband.

However, Maren has had to deal with backlash as she continues to flaunt her body.

In March, she slammed a troll who demanded on Instagram that the singer should “dress appropriately”.

The negativity came in response to a photo from Playboy that revealed her sideboob.

“Please dress appropriately,” the comment left by a troll read, to which the songstress responded: “Respect for mom boobs.”

Maren, who gave birth to son Hayes, two, in 2020, then elaborated on the exchange, writing under it: “I see this kind of comment a lot on country music accounts at me, so get over it.”

She then reposted the saucy photo and triumphantly stood by it.

“Letting all the prudes know women in country music own their sexuality too.”

Maren is an outspoken defender of body positivity, and previously told her fans: “Some can s**t-shame me for my lyrics about sex, and you can put me in your little box, but I just want to live and love.”