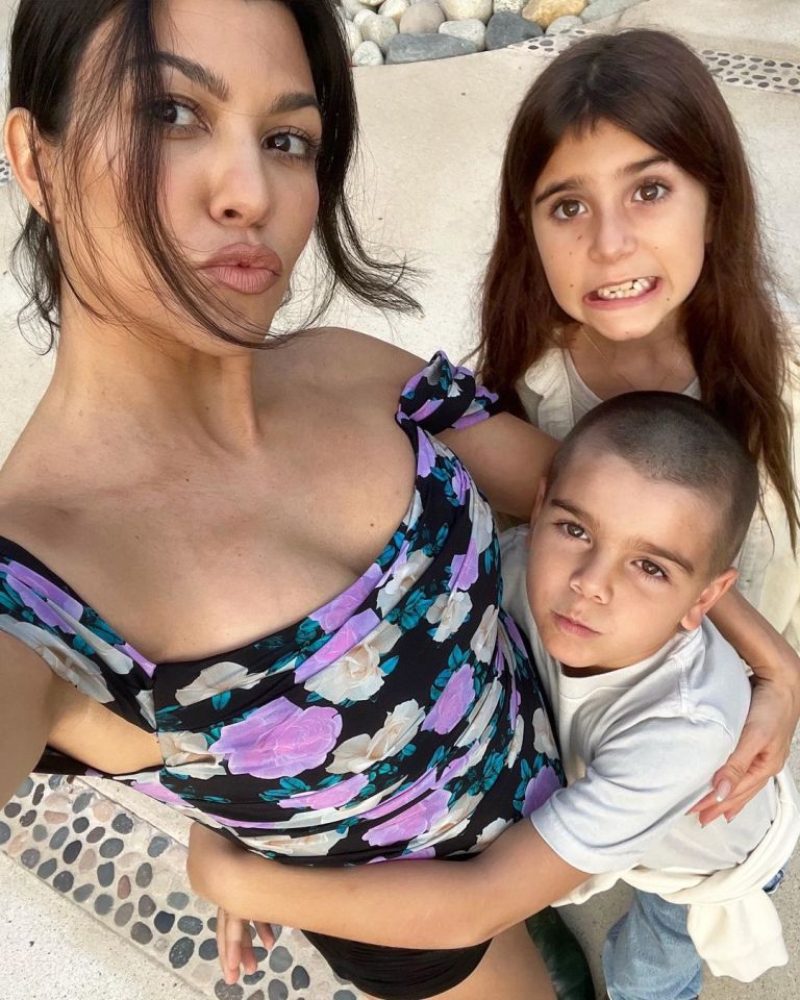 KOURTNEY Kardashian has gushed about being the coolest mom in a resurfaced clip after fans claimed they spotted a baby bump in her latest photo.

A TikToker shared a throwback scene from Keeping Up With the Kardashians.

In the clip, Kourtney, now 43, spoke about her relationship with her ex Scott Disick, now 39.

Scott appeared to be getting out of the pool with one of his kids.

In the background, Kourtney watched over the two as she swam on top of her shortboard.

read More on the kardashians

The reality star had soaking wet hair as she wore a reddish swimsuit.

During her confessional, the E! star explained why her ex was “so lucky.”

She continued: “I am the coolest baby mama on the planet.”

Recently, Kylie Jenner, 24, shared a snapshot of her older sister Kourtney before she walked down the aisle to marry Travis Barker, 46.

In the Instagram photo, the bride-to-be posed in a stunning white corset as she crossed her long legs.

Sister Kendall, 26, appeared in the group shot as the three huddled together before the wedding started.

Kendall and Kylie wore different floral outfits as they stood with their sister inside a bright red room.

The trio pouted their lips at the same time as if they were blowing a kiss.

Kylie’s 4-year-old daughter, Stormi, was also in the photo as she had her arms wrapped around Kourtney’s waist.

Kourtney replied: “A wife,” along with a bride emoji, a female sign emoji, and red heart emoji.

Fans also jumped to the comments section as they claimed to have spotted a baby bump.

One said: “Oh my god! Kourtney is pregnant in this pic!”

Another fan wrote: “A wife is pregnant,” while a third cheered, “Wifey looks pregnant!” with fire emojis.

A fourth person chimed in: “There’s Stormi and a baby!”

All this comes after the Hulu star and the Blink-182 drummer tied the knot in Portofino, Italy.

The couple said their “I dos” in front of their family and friends.

The nuptials were held at the seaside compound of Domenico Dolce and Stefano Gabbana.

They rented out an entire castle called Castello Brown in Portofino for the reception.

Although fans claimed they spotted “clues” that Kourtney might be pregnant, she has not commented on those rumors, but she has flaunted her bare tummy recently.

The newlyweds were spotted at the main square of Milan, the Piazza Duomo.

The TV personality wore a long-sleeved crop top cut around the midriff and teased her stomach.