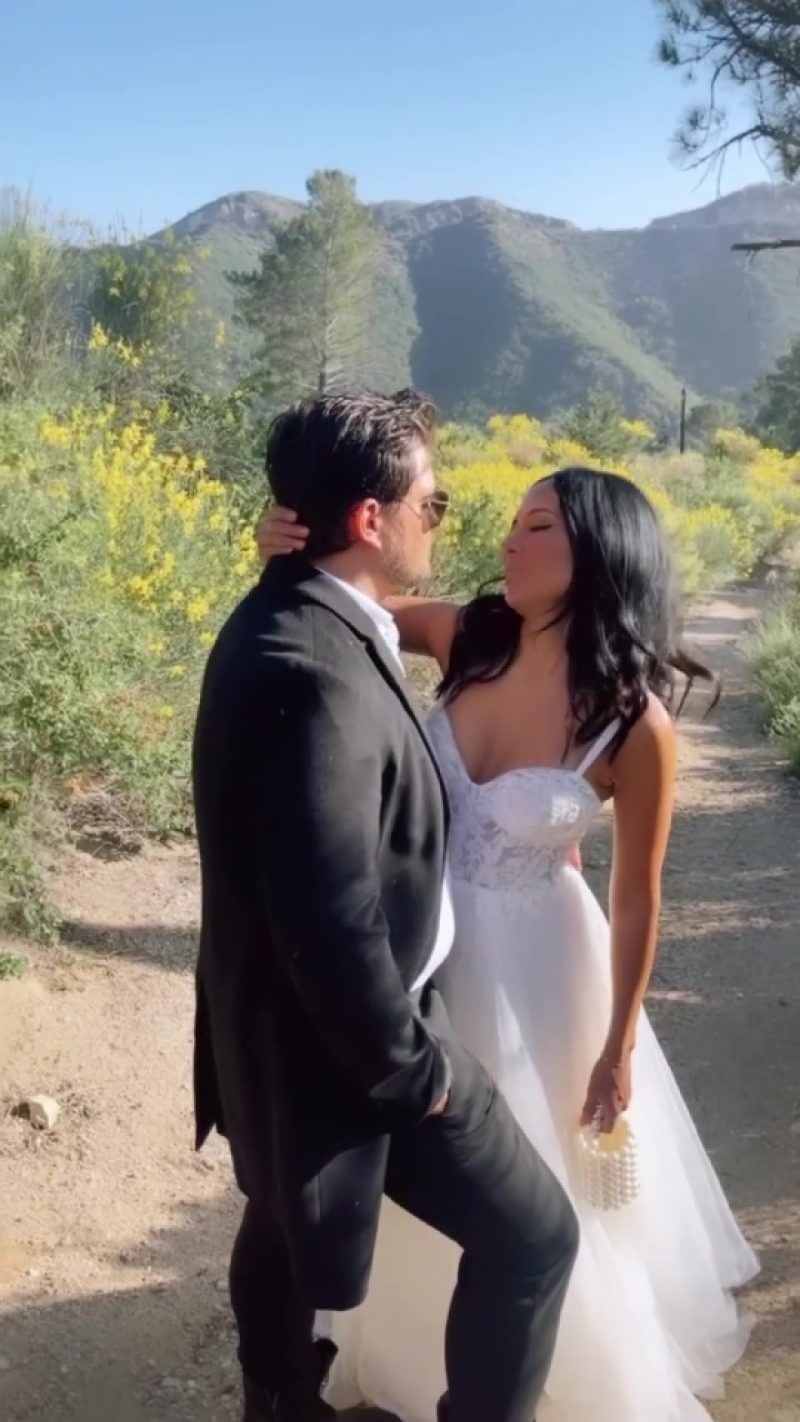 JO De La Rosa married her fiancé Taran Gray Peirson on Saturday nearly a year after he popped the question.

The Real Housewives of Orange County alum and her composer beau said “I do” in a Los Angeles ceremony over the weekend.

Jo, 41, and Taran, 36, tied the knot in a simple but beautiful backyard ceremony at a private home in Palos Verdes Estates, according to People.

The couple celebrated their commitment surrounded by family and friends, including some of the reality star’s ex-castmates.

A reception took place afterward where the pair danced the night away with their guests.

Jo also shared the news of her wedding on Instagram, by posting a video of her walking hand in hand with Taran after leaving the altar.

In the clip, the TV personality looked gorgeous in a spaghetti strap flowy white wedding gown.

Her new hubby sported a long black tuxedo coat and carried a music box as they strolled through a flowered garden.

Jo and Taran then kissed as the sunset over a beautiful forest landscape.

She captioned her post: “The last single girl kiss”   #becomingmrsgray.”

The bride was an original cast member on Real Housewives of Orange County in 2006.

She left the show after season two when she called off her engagement to Slade Smiley.

Jo met Taran on Hinge during the pandemic, and after three months of dating virtually, the pair went official without even meeting in person.

The Bravo star explained their relationship to People, saying: “It really did feel like I was in a Love Is Blind episode because I was falling in love with this human over a screen,”

“I thought I was crazy. I was like, ‘How am I having these feelings? I haven’t even met this guy in person before!’”

Taran agreed, adding: “Yeah, it really was a weird experience looking back.

“We said ‘I love you’ before we even met in person. We had our first kiss after we already knew we were in love with each other. It was unlike any situation either of us had ever been in.

“But at the same time, everything from the moment we first started talking has just felt so right.”

Jo’s engagement to Taran was her third overall, but she claimed that not settling in her other relationships is what helped her find her husband.

“That was the theme for us,” the musical theater composer recalled.

“Jo had called off her engagements when she knew they weren’t what she wanted, I had been single for years because I wanted to wait for the right relationship, not just any relationship. And when we met one another it was like, ‘Finally!’”

“They say you always ended up finding what you’re looking for when you’re not looking, and that’s really what happened with us,” Jo agreed.

“And I think that time in the beginning really worked in our favor. We weren’t blinded by the physical, as often happens when you first meet someone.

“We really got to know each other deeply on an emotional level, which made that physical connection when we did eventually meet all that more special.”

INSTAGRAM/jodelarosaaTaran proposed in July of 2021[/caption]