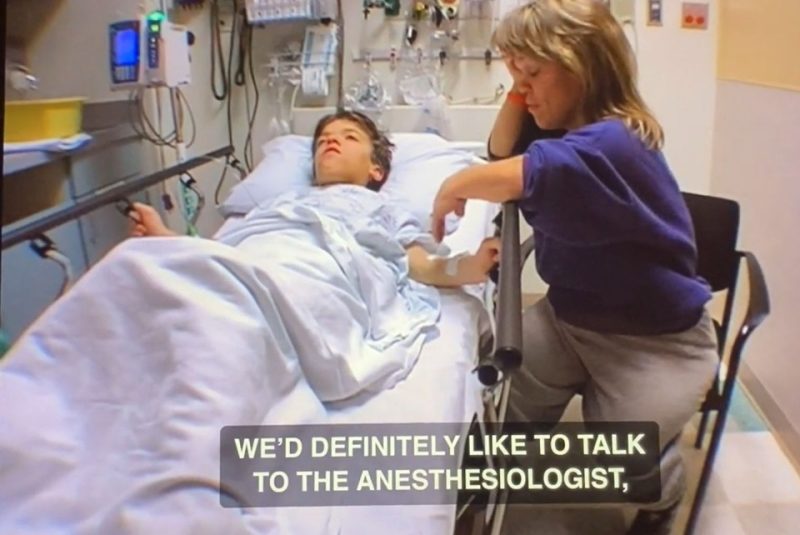 AMY Roloff told her frightened son, Zach, he could “die” during surgery in an old resurfaced clip from the TLC show, enraging fans.

The Little People Big World star has gone through several major surgeries as he was born with achondroplasia, the most common form of dwarfism.

During an old scene from the long-running show, a young Zach, who’s now 32, lay on a hospital bed looking terrified while his mom spoke to the doctor.

“I know whatever happens in surgery we’d definitely like to talk to the anesthesiologist cause we just had someone die from a basic surgery from anesthesia and he was a little person,” Amy, 57, told the nurse.

After one fan reshared the video on Reddit, others raced to the comments to slam the reality star for causing worry in her young son.

“This is something my narcissist mom would do. Zero regard for anyone else’s feelings but her own. Never would stop to think, ‘Maybe I shouldn’t bring this up right now, it might not be good for son to hear.’ Just word vomit and stressful BS for attention,” one ripped.

“Her son is laying there, I’m sure scared of having surgery and mom is sitting there ‘we just had someone DIIEEE.’ Know your audience you weirdo,” a second warned.

A third remarked: “Damn Amy…Damn,” while a fourth added: “She was looking for the sympathy from the doctors and the camera, screw how it would make her petrified child feel.”

“That was when I was so pissed at Amy and Matt for being ice cold towards their only LP child during medical procedures. The messy house, hoarding, unfinished projects, stupid pumpkin season crap, it all meant nothing.

“All 4 of their kids suffered the brunt of their parents worst qualities, and I dont think anyone benefited positively from their lives being blasted on cable TV. What a shame this show has been from the very start,” another ranted.

A final joked: “Amy is always a Karen first, and a mother second.”

When he was a child, Zach had to have a shunt put in his skull to relieve the pressure that excess fluid was putting on his brain.

Then, the TV star had to have his leg broken in three places in order to have metal plates put in to help straighten out his legs.

He was forced to wear two casts at the same time.

In high school, he had to go back under the knife to get screws put in his legs for mobility.

FAMILY OF HIS OWN

Their oldest child Jackson, five, has already had his first leg surgery, a corrective procedure to help with his “bowing legs.”

She shared a pic of Jackson sleeping in a hospital bed with a stuffed animal resting next to him.

In the caption, she wrote: “Our sweet Jackson had surgery today to help correct the bowing in his legs.

“This kid time and time again blows us away. He was so brave and confident. He made @zroloff07 and I so proud as he talked with the doctors and nurses and was wheeled away without worry.”

The proud mom continued: “Today has been one of the hardest days I’ve ever had. Watching your child in pain is never something a parent wants to go through. However, we are trusting his doctors and our Lord that this was the best decision for him.

The caption concluded with Tori telling her fans about Jackson’s stuffed animal, writing: “That ‘my pal bunny’ never left this kids side and he ate more popsicles today than I think he’s eaten in his life.”

Not known, clear with picture deskHe had to wear two casts at the same time[/caption]