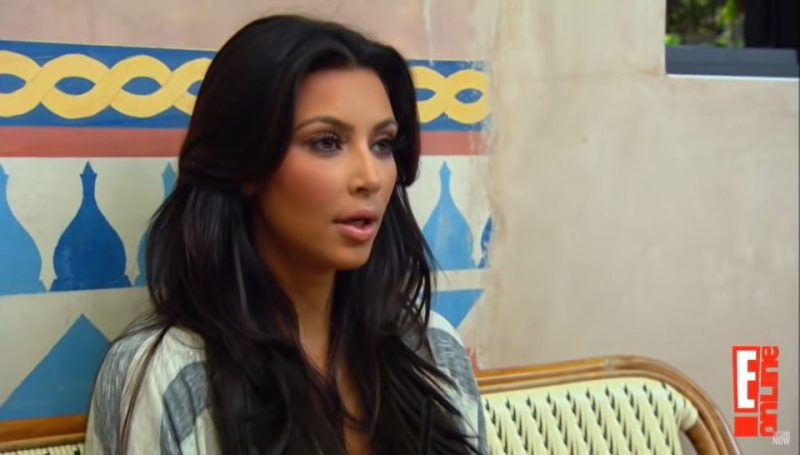 KIM and Khloe Kardashian have been slammed as “liars” after claiming they’re “allergic” to Botox and filler in a throwback clip despite “years” of getting work done.

In the throwback clip from 2010, Kim had to rush out a restaurant with Khloe because her eye was swelling from a Botox reaction.

Not known, clear with picture deskKim and Khloe Kardashian have been slammed for claiming they’re allergic to Botox[/caption]

Not known, clear with picture deskKim had a pretty severe reaction to some injections back in 2010[/caption]

As Kim and Khloe sat down at a restaurant after Kim got her injections, she asked for a glass of ice.

Kim began taking the ice out of the glass and folding it into a napkin to place on her eye.

She claimed her eyes “couldn’t stop watering” and that the feeling “wasn’t normal.”

Kim said in a confessional: “My eyes are on fire.”

In Khloe’s confessional she commented: “I told you so!”

Kim rushed out of the restaurant to head home as she told Khloe: “This isn’t funny.”

SheSaid previously reported Kim was left black-eyed and bruised from the injections.

They reported: “Her under-eye areas became irritated, swollen and puffy, which she tried to relieve with ice and taking a bath. It soon darkened and left her with two black eyes.”

Kim reportedly said: “I’m never doing this again. At least, not until I’m 40.”

A fan mentioned the old episode on Reddit where fans reacted.

The user originally posted: “Remember when they proclaimed they were allergic to Botox? And they used that to try and gaslight everyone into believing their bulls**t about not having any work done!”

Another said: “I actually think both Kim and Khloe claimed they were allergic to it.”

They continued: “Kim had an entire episode about it to try to convince us she doesn’t get plastic surgery. Then I think Khloe said it in an interview or something but said she was allergic to fillers and then Malika corrected her and said no, she’s allergic to Botox, not fillers.”

Well, now that Kim has hit over 40, it appears she has changed her feelings towards the procedure.

In a recent episode of The Kardashians, the 41-year-old let it slip that she still gets Botox.

The SKIMS founder was chatting to criminal justice activist Scott Budnick about how late dad Robert demanded she didn’t become an attorney because she was “so vain”.

Kim said: “He would be proud. He would get a kick out of it because he used to tell me ‘you don’t want to do this.’

“He would tell me ‘you’re so vain, you are not going to want to be an attorney.

“And you’ll have so many f**king wrinkles from the stress of this job. I know you, you won’t want it.’”

Scott smiled wryly and said: “Look how much you’ve changed.”

Kim smiled back and said: “I know. And thank God for Botox.”

Khloe, however, has blasted rumors that she has had “12 face transplants.”

Khloe spoke out about the ongoing speculation she had a plastic surgery makeover during Tuesday’s episode of the Not Skinny But Not Fat podcast.

She expressed her confusion over the rumors insisting she only had “one nose job” despite claims she had more work done.

“Like it didn’t bother me, it offended me… I couldn’t figure out why people thought that. Like, I had one nose job that I love. Like, I want everyone to know. And I love it, I don’t care to lie about it, nothing, but the transplant thing, I just want to understand why. I don’t know.”

The Hulu star added: “So sometimes, like, that gets, like, crazy, and people just get, like, convinced. I didn’t even know you could do a transplant, that sounds amazing later in life, but now I’m good. But that doesn’t bother me; that’s just one where I’m like, huh, I don’t get this, but okay.

Khloe confirmed she had a nose job last year after fans accused her of having a completely different look.

She set the record straight during the Keeping Up With the Kardashians Reunion special, telling host Andy Cohen: “For me, everyone says, ‘Oh my gosh, she’s had her third face transplant!’

She continued: “Everyone gets so upset, like, why don’t I talk about it? No one’s ever asked me! You’re the first person that’s ever asked me in an interview about my nose.

Even though Kim claimed she would ‘never’ get Botox again, she let some things slip in a recent The Kardashians episodeGettyGetty Images – GettyKim said ‘thank God for Botox’ in a recent episode of the Hulu show[/caption]