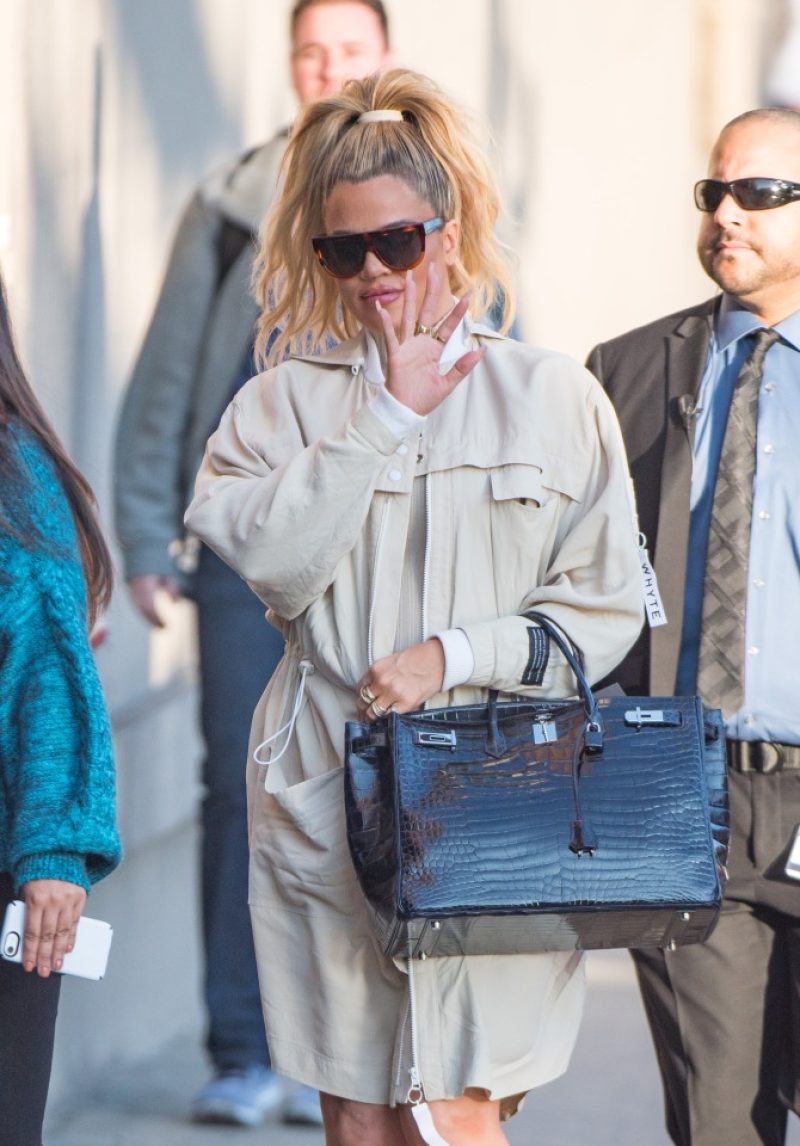 KHLOE Kardashian is known for her jaw-dropping outfits and diverse sense of style.

So it’s no wonder that she has a huge closet to keep all of her designer clothes.

On this week’s episode of The Kardashians on Hulu, 37-year-old Khloe took viewers inside her epic $37m Calabasas mansion as she moved in with her daughter True, now 4, and baby daddy Tristan Thompson, 31.

She gave her mom Kris Jenner, 66, and Corey Gamble, 41, a tour of the stunning home, featuring an epic walk-in pantry, home cinema, and beautiful master bedroom.

But it was Khloe’s incredible closet left many viewers with their jaws on the floor.

Let’s take a look inside.

The Kardashian women are known to be huge fans of Birkins, with Kim, Kourtney, Kris, Kendall and Kylie all being spotted with one in hand at some point.

The famous clan indeed have a penchant for expensive handbags, and Kylie’s most prized Birkin comes with a $300k price tag.

Walking into her huge closet, Khloe showed off her stunning collection of Birkins and Kellys.

Both designs are by French fashion house Hermes, with the Birkin bag recognized as a status symbol that is adored by everyone from Victoria Beckham to Kate Moss to Cardi B.

Birkins come in a range of sizes from 25cm up to larger travel models of 45cm and 55cm.

Their exclusivity is part of what makes the bags, which were named after British actress Jane Birkin, so expensive.

In fact, they are even hard to come by in many of Hermes’ physical stores.

Khloe showed off rows and rows of Birkin bags, neatly organized by color.

Her collection boasts at least 25 pieces, including 5 custom-painted bags.

The typical price for a regular Birkin ranges from $10k up to $30k and even $35k, depending on the size, skin, and hardware.

Khloe’s custom bags, including hand-painted pink designs, are likely to be worth at least $75k.

COME FLY WITH ME

Above the Birkins, Khloe stores her designer luggage.

The Louis Vuitton pieces, including a $4k limited edition holdall, will surely get their use given Khloe’s travels around the world.

She also stocks a custom-painted suitcase by the same designer.

TAKE A WALK IN MY SHOES

Despite the huge number of pricey bags, most of the space in Khloe’s perfectly organized closet is taken up by shoes.

All her kicks are lined up neatly on illuminated shelves, which take up two walls of the space.

HuluWherever she’s going, the mom-of-one will never struggle to find the perfect footwear[/caption]

Khloe keeps numerous pairs of near-identical pumps, sandals, flats, and boots in shades such as black, red, pink, and blue.

When it comes to heels, she has a clear favorite designer – Christian Louboutin.

She stocks seemingly endless rows of the red-soled pumps

On the lowest shelf, Khloe stores her boots, including pairs in camel, brown and black – ranging from ankle booties to knee-high winter staples.

Concluding her house tour, Khloe said: “I am overwhelmed because it’s sensory overload, there’s too much to digest and absorb. I’m probably not gonna sleep.”

Signing off in MTV Cribs style, she told the camera crew: “But you guys have to, so get the f**k out.”

In a confessional, mom Kris gushed: “I’m so proud of Khloe because this is something she did all on her own.

“She used her imagination, her creativity, her resources, and every single thing that went into this home is all because of Khloe’s blood sweat, and tears.”

MORE WHERE THAT CAME FROM

Although the reality star showed enough of her closet for fans to gawp at for days, it appears that the Hulu crew didn’t give viewers a look at the entire space.

The scene briefly showed an archway leading to another room, presumably just as big as the one that keeps Khloe’s bags and shoes in.

It’s likely that this is where she stores her designer dresses, workout gear, and of course, SKIMs, and Good American jeans.

Khloe also has an island in the middle of her closet, where she keeps her jewelry and other accessories.

GettyShe lives next door to her mom Kris, who is also a Birkin connoisseur[/caption]