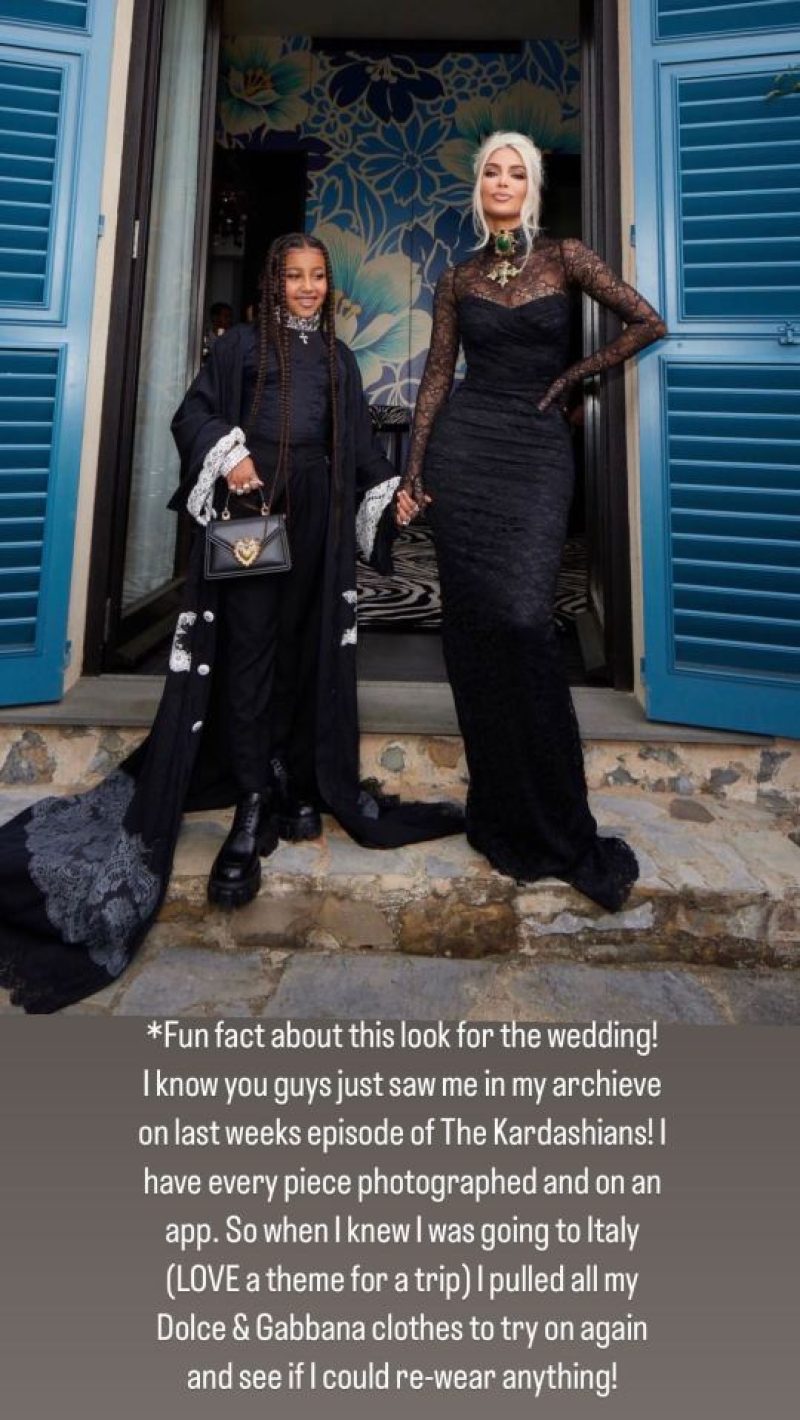 KARDASHIAN fans are stunned after learning Kim wore a 2011 dress to her sister Kourtney’s wedding as the star is praised for reusing the same gown.

Kourtney, 43, recently got married to Travis Barker, 46, for the third time in Portofino, Italy.

Kim, 41, previously took to Instagram and shared snapshots from the big event.

The Keeping Up With the Kardashians alum posed in a tight, black lace Dolce & Gabbana dress.

She also wore a silver cross around her neck and went for a platinum blonde hairdo.

Kim also modeled with her eldest child North, eight, who rocked a black cape and corset topper as they took snaps with Khloe, 37.

In her most recent Instagram Story, the Hulu star revealed a fun fact about the black dress.

She captioned the post: “I know you guys just saw me in my archive on last week’s episode of The Kardashians!

“I have every piece photographed and on an app.

“So when I knew I was going to Italy – love a theme for a trip – I pulled all my Dolce & Gabbana clothes to try on again and see if I could re-wear anything.”

In the next Story, Kim continued: “The dress I wore to the wedding was a Dolce & Gabbana I purchased at Bergdorf Goodman in 2011 and wore to the Glamour Awards.”

Travis and Kourtney previously had a courthouse wedding in Santa Barbara and held a Las Vegas ceremony – without obtaining a marriage license – after the musician performed at the Grammys.

Fans jumped to the comments section on Reddit and praised the reality star for using the same dress twice.

One said: “I love the versatility! One of the most fun parts of fashion is to see how many different looks you can make from one piece.”

Another added: “Recycling is really the trend right now. If she wants to be relevant, she needs to continue to do this.”

A third fan mentioned: ” She nailed the old school vibe but added her modern touch.”

While one person wrote: “That’s actually really smart on her end. It looked amazing!”

A commentator chimed in: “She should lean more into this, recycling older pieces and restyling them. It could be good for projecting her new fashion identity post-divorce.”

After filing for divorce in February 2021, Kim did not stay single for long as she started dating Pete Davidson, 28, back in October 2021.

The couple was recently mocked by fans for their matching blonde hairstyles as Kim was spotted working on her new SKIMS photoshoot.