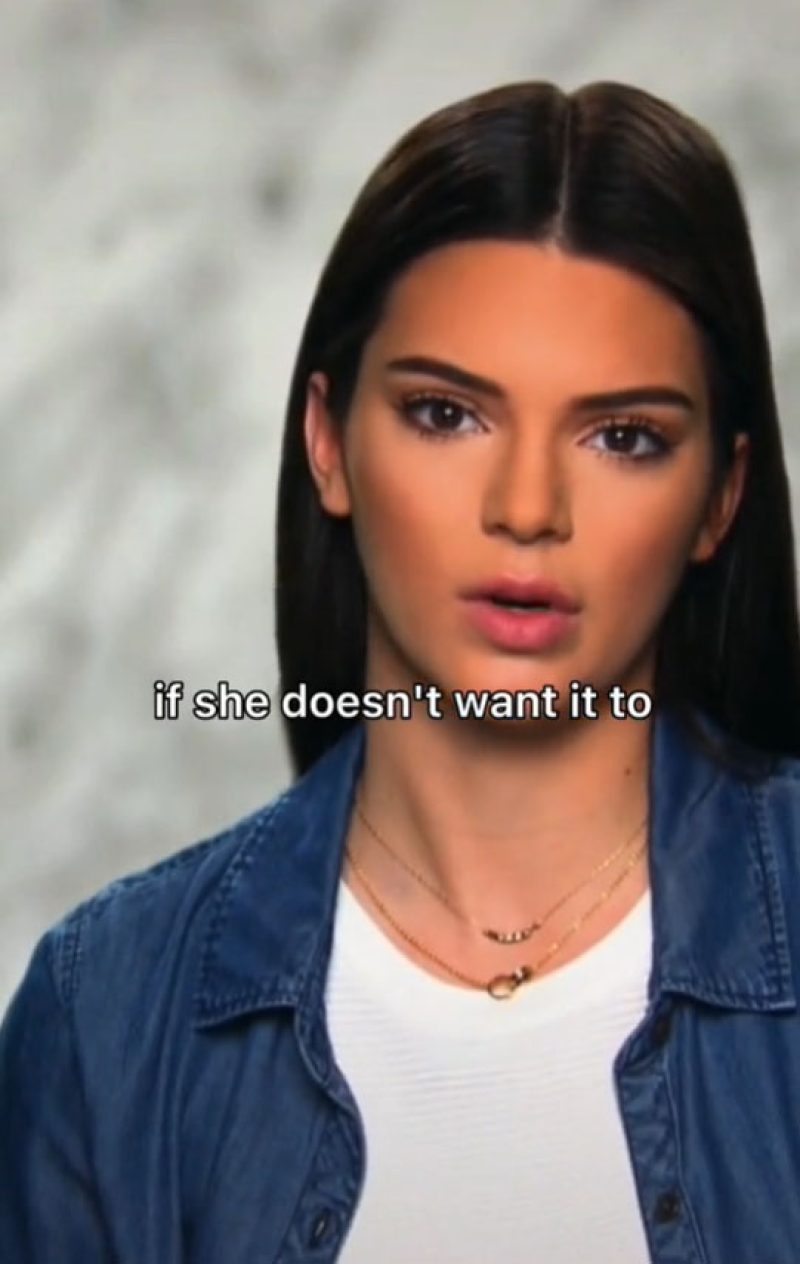 KARDASHIAN fans have ripped Kendall Jenner as “jealous” as she claims Kylie “got a little crazy” with her lip fillers in an old Keeping Up with the Kardashians clip.

As the video resurfaced on TikTok, Kendall sat down with her sisters Kim and Khloe Kardashian to discuss Kylie going over the top.

E!Kylie Jenner has been slammed as ‘jealous’ for talking with her sisters about Kylie’s full pout[/caption]

Instagram/kyliecosmeticsIn a throwback clip, Kylie sat down with Kim and Khloe to discuss their concern[/caption]

Kim started by showing her sisters a photo of Kylie as she said: “Look at Kylie’s lips. It’s changed her life.”

Kendall replied: “She got a little crazy.”

Although Khloe chimed in: “But they changed her life.”

Kendall butted in and said: “Okay, sure, at first. Right now, I want her lips to – You’ve seen them in person?”

Khloe laughed and made a duck face.

Kim contributed: “You know, she made her eyebrows a little thicker, and she knows how to put on makeup.”

Kim told the cameras in a confessional: “Kylie has always been so insecure about her lips. Since she was a little girl, and I think over time, she decided she wanted to plump up her lips a little bit, with filler – and I get that.

“I mean, we all have insecurities. I mean, I just want Kylie to stay strong and positive.”

Back in the scene where Kylie’s sisters are comparing photos of Kylie’s lips over the years, Kim said: “You know what the problem is? She still draws her lips way over.

Proceeding to make a duck face, Kim continued: “And she still goes – like, pouts it out in photos.”

In her own confessional, Kendall said: “Kylie’s lips aren’t permanent, it’s not gonna be there forever if she doesn’t want it to, and if it makes her feel better about herself, then why not?

“I don’t want her to take it too far. She’s a beautiful girl and I don’t think she needs anything.”

Back in the scene, Khloe said: “She has the best body, like, I would kill to have her body. Kim, you’re the body person, so you need to talk to her. You’re just like the guru.”

Kendall said: “She’s going to be like, ‘I can live my life however I want and if that’s what I want, that’s what I’m going to do.’”

Fans poured their thoughts into the KUWTK throwback video that has racked up 2,472 likes on TikTok.

One posted: “Why is Kendall always hating?”

Another said: “Kendall is so jealous.”

A third chimed in: “Kendall is so annoying.”

Yet a fourth commented: “Every time I see a clip of Kendall, I’m reminded how annoying she is.”

In yet another throwback video from 2015, Kendall told her sister that her lips are “too big” and that nobody “needs” to have surgery.

Viewers branded Kendall a “hypocrite” for her comments to Kylie in the wake of recent speculation that she has had lip fillers herself.

In the clip, Kylie is sitting on the couch with Kendall and their sister Kim soon after getting her lip fillers.

She said: “I did my makeup so fast, I’m just not feeling myself,” to which Kim replies: “Your lips look amazing.”

Kylie then says: “Really? Kendall said they were too big yesterday.”

Kendall interjects: “I don’t know why you guys are even freaking out or talking about this.

“Nobody needs anything. Everybody’s beautiful.”

After Kim stresses that it’s ok to correct something you feel “insecure” about, Kendall reiterates: “You don’t need to worry about this so much.”

One wrote: “It’s kind of hypocritical for Kendall to say ‘nobody needs anything’ because she already got her first nose job done by the time this video was shot.”

Another added: “The issue I have with her in this video is how condescending she comes off knowing damn well all three of them have already had work done.”

A third posted: “Kendall was so jealous of Kylie’s popularity. She went and got even bigger lips for sure!”

It is not known if Kendall and Kim had had any cosmetic improvements when the video was taken.

Kylie’s fans think she has dissolved her lips fillers after spotting her “weird” new pout in a rare unedited photo.

The reality star’s lips appeared thinner in a photo taken while she was in Italy for her sister Kourtney Kardashian’s wedding.

Kylie was pursing her lips, which were lined with red lipstick, during a day out in Portofino in the snap.

A user shared the shot on Reddit and wrote: “At first glance I thought Kylie got her lip filler out!”

Another fan agreed, and wrote, “Oo yeah they look weird,” while a third suggested: “She edits them to make them way bigger on Insta.”

Another user didn’t see the difference, however, and posted: “I think she’s just pressing her lips together as one does when wearing lipstick.”

Earlier in 2015, Kylie – who was then 17 – admitted to getting lip fillers after feeling insecure about her pout ever since a boy she kissed aged 15 said she had “thin lips”.

Meanwhile, in February of this year, Kendall was accused of getting lip fillers.

The Keeping Up With the Kardashians alum drew attention to her pout when she was photographed at the Super Bowl this year with her lips looking larger than ever.

The photograph made its way to Reddit, and people did not go easy on the supermodel.