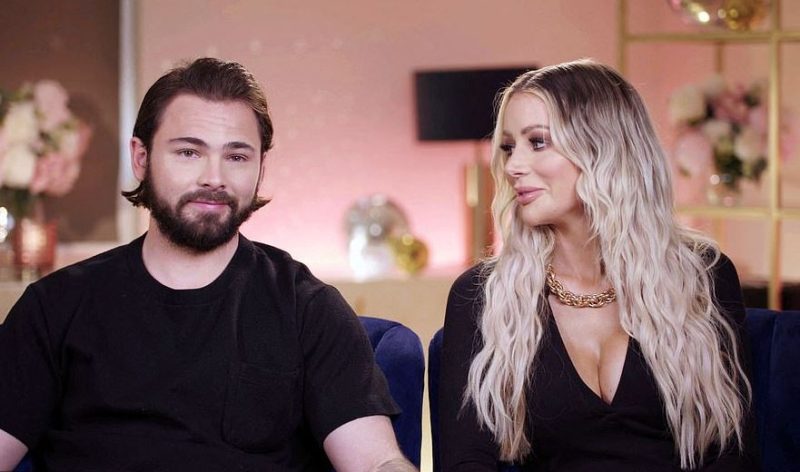 OLIVIA Attwood and her fiancé Bradley Dack have made their glamorous pad in Cheshire a home.

The couple, who purchased the swanky home last year, set up an Instagram page to allow fans to see behind-the-scenes details not featured on reality show Olivia Meets Her Match.

Former Love Island star Olivia, 31, moved her furniture into the freshly-decorated home, fit with a walk-in wardrobe and mirrored hallway.

After months of planning, she and husband-to-be Bradley celebrated moving in by teasing the then empty-home on social media.

“Welcome to my home,” Olivia kicked things off, alongside snaps of the sprawling wardrobe space that had been transformed from a home office.

Fitted with bright lights to illuminate each cupboard, the room also has a make-up vanity area for the reality star to get glammed up.

Olivia also told fans she was “so pleased” as she showed off the entrance area, which featured floor-to-ceiling mirrors on the walls.

The new property also has a sleek conservatory extension on the back, as well as large black gates and a small, private front garden.

Inside, fans were able to see more on an episode of Olivia Meets Her Match, as the couple revealed the large kitchen and marble bathroom.

While upstairs, the couple completed their bedroom with a large velvet bed frame in a delicate blue hue, where she was seen cuddling up to Bradley.

Completing its contemporary feel, the home boasts a large green space out the back, alongside wooden decking kit out with a table and chairs.

Olivia and Bradley were unable to contain their excitement on their reality show as she leapt into his arms after moving into their home.

“It’s sad because I feel like we’re leaving one stage of our life and entering the next in a weird way,” said Olivia of their house move.

ITVShe and Bradley celebrated their house move with a hug[/caption]

It’s not the first big change the couple made at the time, as they also adopted new rescue dog Lola from Romania.

Olivia revealed that the pooch, that she shares with her Blackburn Rovers beau, and her siblings had been found “crying in the snow in Romania.”

Clearly smitten with her new furbaby, Olivia posted a series of sweet snaps showing off the gorgeous dog and shared with her fans the sad story behind her beginning.

The The Only Way Is Essex star went on: “Lola and her siblings were found crying in the snow on New Year’s Day in Romania. After being dumped.”