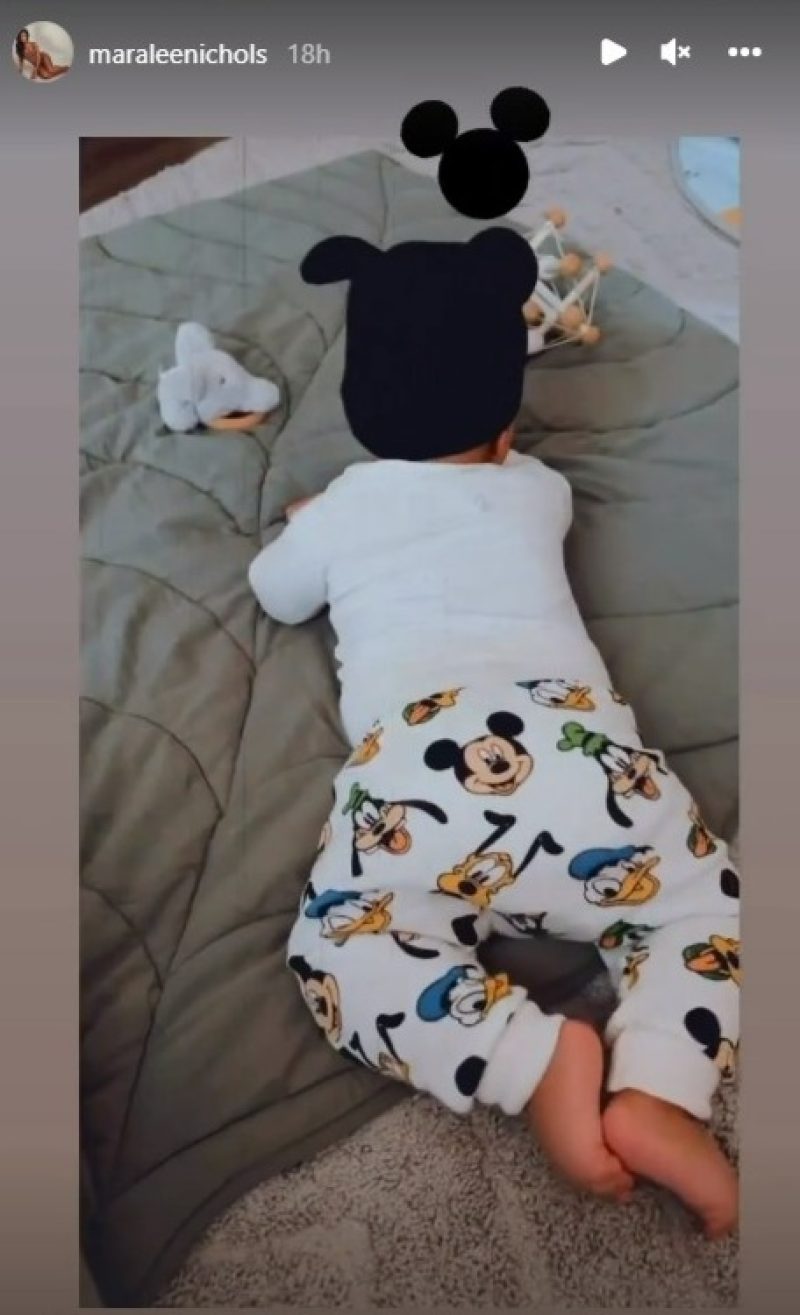 TRISTAN Thompson’s baby mama Maralee Nichols has shared a rare video of their son Theo after the NBA star has reportedly “refused to pay child support.”

Maralee, 31, has uploaded a short clip of her baby boy on an Instagram Story.

Theo appeared to be wearing a white shirt and Disney trousers.

The trousers had the smiling faces of famous Disney characters such as Mickey Mouse, Goofy, Pluto, and Donald Duck.

The infant appeared to be crawling across a green cover and a rug.

Tristan‘s third baby mama has been hesitant to show her son’s face on social media.

At the beginning of May, Maralee shared a rare photo of their newborn child as he turned 5-months-old.

The model acknowledged Mother’s Day while posing in a stunning pink dress.

She gazed directly at the camera while cradling baby Theo in her arms.

The little one had on gray dungarees as his face was pointed at his mother’s chest.

Maralee wrote: “Thank you for choosing me to be your mommy. Being your mommy is my greatest blessing.

“Words cannot express how much I love you. You are my world.”

She concluded: “Happy Mother’s Day to all of the amazing mothers out there!”

NO ATTEMPT AT ALL

Tristan has apparently not met his love child even while locked in a legal battle against Theo’s mother.

Maralee accused Tristan of being an alleged absent father since he has refused to pay child support.

Back in March, she demanded that he should pay “$47K” a month and $1million in legal fees after he allegedly refused to give child support to their toddler.

According to Us Weekly, she claimed that the sports star has an “income of $9.7million alone.”

Maralee has requested a “guideline monthly child support of $47,424.”

Tristan has since snubbed his new child, and according to Maralee’s representative Harvey Englander, the boy’s father “has not made any attempt to meet their son nor has he provided any financial assistance.”

The Chicago Bulls player is also the father of his four-year-old daughter True, whom he shares with Khloe Kardashian, 37.

During the most recent episode of The Kardashians, fans jumped to Reddit after Khloe said at one point: “Tristan is moving in.”

Kardashian fans noted that the reality star repeatedly claimed that she and Tristan are just “friends.”

Fans noticed the inconsistency in Khloe and Tristan’s relationship as one follower claimed: “Khloe knows Tristan sees other women and as long as he keeps it quiet and the public doesn’t find out about it, she’s OK with it.

“She just didn’t expect a baby to happen.”