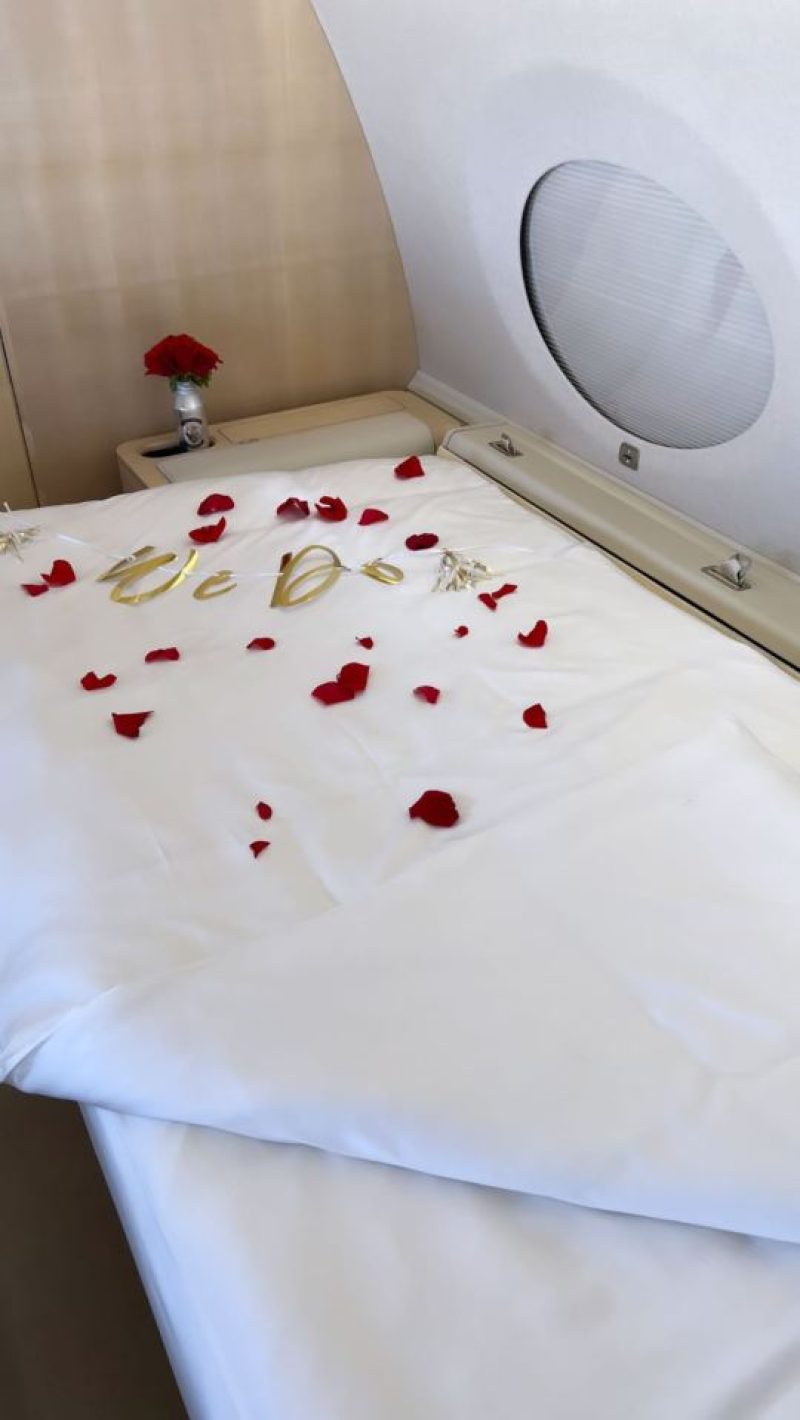 TRAVIS Barker showed fans a look at a rose-covered bed on a private jet as he and wife Kourtney Kardashian returned home from Italy.

The couple stayed behind in Italy after tying the knot in Portofino in front of family and friends.

On Friday, Travis posted a picture of an all-white bed on a private plane.

The bed was covered in red roses and cutout words that read: “We do.”

The same day, Kourtney, 43, shared a series of previously unseen photos from their wedding.

In the snaps, she and the Blink-182 drummer cuddled close as they celebrated.

The photos appeared to further fuel foot fetish rumors, as Travis was seen holding Kourtney’s foot in several of the snaps.

In some, he held the foot close to his face as he smiled.

He also kissed them at one point.

The musician posted the photos to his Instagram Story.

Their wedding was no different, as the pair kissed, cuddled, and more throughout the night.

Fans had plenty to say about the PDA. slamming them for packing it on during the wedding ceremony.

The couple has been slammed for dancing “inappropriately” in front of his daughter Alabama.

Kourtney wrapped her legs around Travis’ waist and kissed him as his 16-year-old daughter looked on at their wild wedding party.

She jumped into Travis’ arms and nuzzled his neck as the rocker’s Blink-182 hit All The Small Things played.

A third posted: “Those poor kids how embarrassing.”

The couple was slammed for another NSFW display during the wedding.

On Monday, the couple was seen sharing a steamy kiss on board a $15million superyacht owned by their fashion designer pals Domenico Dolce and Stefano Gabbana.

Travis, who was shirtless, pinned Kourtney against a structure of the luxury boat and leaned in for a passionate kiss.

They later held hands and took a leap into the water – despite the Poosh founder still wearing her black dress.