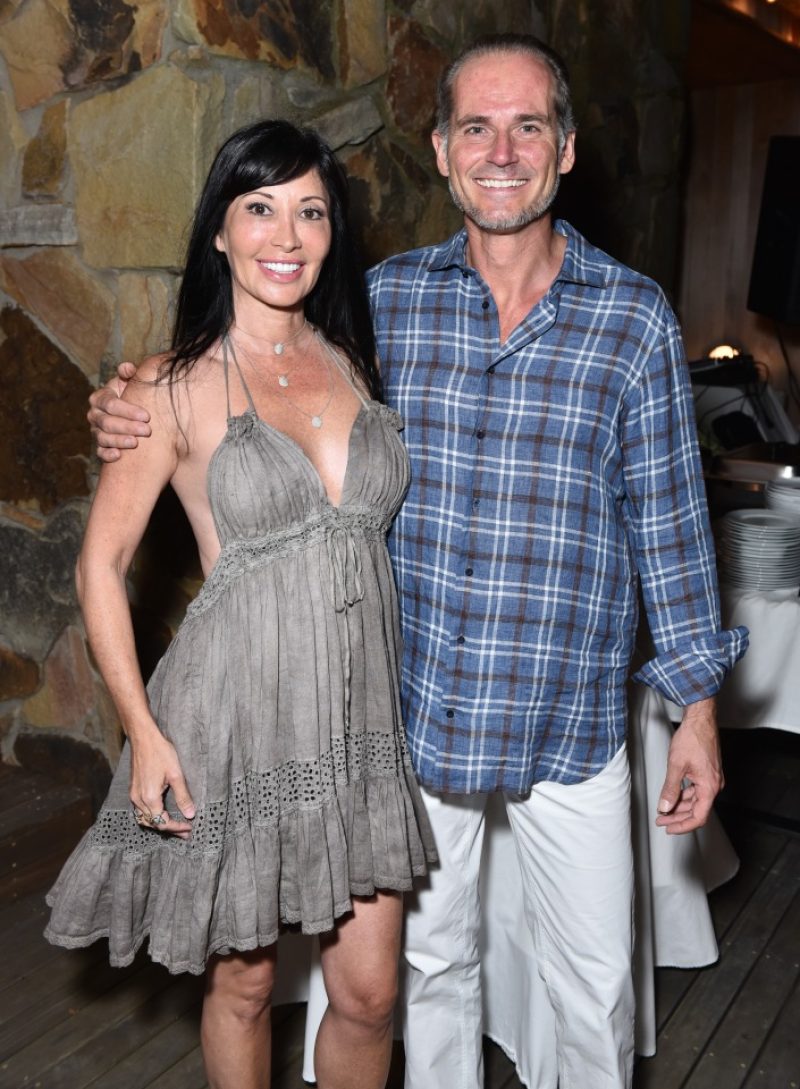 FORMER Real Housewives of New York City star Elyse Slaine has announced that she filed for divorce from husband Reinhold.

On Friday, Elyse confirmed to Page Six that she and her husband are calling it quits.

She said in a statement: “Reinhold and I continue to care deeply for one another and remain close friends in what will be a very amicable divorce.

The couple had been married for a little over three years.

Elyse and Reinhold celebrated their two-year- wedding anniversary in 2020.

She posted a since-deleted tribute for her now-estranged husband on social media.

The ex Bravo star shared a wedding photo on Instagram, writing in the caption: “Happy 2nd Anniversary to my best friend, my love, and the man who taught me how to make every day count!”

Leah McSweeney and Jill Zarin – RHONY stars present and past – commented on the photo.

While her Instagram account appears to have been scrubbed of mentions of her husband, her profile photo is – as of this writing – a solo photo of herself from their wedding.

It’s unclear how Elyse’s divorce from Reinhold will go.

She has, in the past, gone through a very challenging split though.

In 2020, she made her debut on RHONY as a friend, appearing alongside friend Ramona Singer.

Behind the scenes and well before she portrayed her life on camera, Elyse dealt with some dark drama.

Her financier ex-husband, David Slaine, pleaded guilty to conspiracy and securities fraud back in 2009.

He reportedly avoided prison time by agreeing to become a government informant on a big insider-trading case.

After splitting from David in 2013, she dated hedge fund manager Donald Drapkin.

That year, the couple bought a $4M apartment on the Upper East Side.

After they broke up, the pair remained amicable, according to Page Six, and she kept the luxury Park Avenue three-bedroom duplex.

But following Donald’s tragic death in a skiing accident, she filed suit against his children in 2017, claiming they were trying to keep her from taking over the apartment.

The Sun confirmed that the case was dismissed two months later, and she appears to still live in the palatial pad now.

In another legal case, Elyse’s housekeeper and nanny of 15 years sued her.

Marichu De Sesto alleged in the lawsuit that she was fired for requesting time off for doctor appointments.

A spokesperson for Elyse argued, “Ms. De Sesto quit — she was not fired — after being told that she could not take off a weekend that she had previously agreed to work.”

Also in 2020, Elyse made a shocking claim about her BFF Ramona.

She alleged that the longtime RHONY star got her banned from select Bravo appearances following their falling out.

Elyse told the Behind The Velvet Rope With David Yontef podcast of her supposed planned WWHL appearance: “I was supposed to be on, and they canceled me after the Cameo that Leah and I did, which, which the cameo was, by the way, not planned out. Right. I literally had 28 Cameos that I had to do that afternoon. And I was just trying to bang them out.

“So they wanted me to talk about why wasn’t I friends with Ramona anymore? And they wanted me to talk about why Ramona couldn’t meet a man. Right. So I, right. So this was on a Tuesday. I knew coming up on Thursday’s episode, Ramona was going to say to someone in the Berkshires that she couldn’t meet a man because she’s the 1%, and men are so intimidated by her that they can’t, they can’t get an erection around her.

“So when I was doing the Cameo, I was like, you know, definitely feeling a little honorary, you know, and said, Oh, we want to know why, you know, I said, I’ve made a comment. Yeah. Ramona with her 50 friends, you know, now she’s down to 49 cause I am out, and you want to know why she can’t meet a man. And I called Leah in. I thought Leah was going to come in and say because Ramona is the 1% and men can’t get an erection around her. That’s what I thought Leah was going to say.

“Now I’ve done over a hundred. Cameos never has a single one gone public in the public domain ever. So I figured it was going to be this one person that sees the cameo, and that’s the end of it. So I thoughtlessly uploaded it and just moved on to the next 27 cameos. When that thing ended up on Twitter and then went viral, I truly was shocked by it because over a hundred cameos, I never had one end up on Twitter.

“So was it my bad that I uploaded? Definitely, and I’ll own that. And in hindsight, I never should have done it, but I’m not the one who said it.  So why did I get canceled on Watch What happens live? Right. Ramona went crazy over that cameo.

“And I immediately, I felt so badly when that Cameo got released, I went on Twitter and I was like, obviously there’s no truth to this. We were just being stupid. You know? I mean, I immediately tried to backtrack it, you know, backpedal to, you know, so people didn’t think that I had any kind of insight information on what Ramona does during sex, you know, but yet, yeah. So I got canceled as my punishment.”

GettyElyse and her estranged husband tied the knot in 2018[/caption]